People are reading
You are at:Home»Shopping»Martino’s Butcher Shop in West Haverstraw

When Martino’s Butcher Shop reopened in October after a four-month renovation, faithful regulars returned to see a brighter storefront with exposed brick walls. Gone were the neon-colored price-per-pound signs, and gone, too, was Phil Martino, the 90-year-old patriarch of the place who was known to share a little drink with his customers. 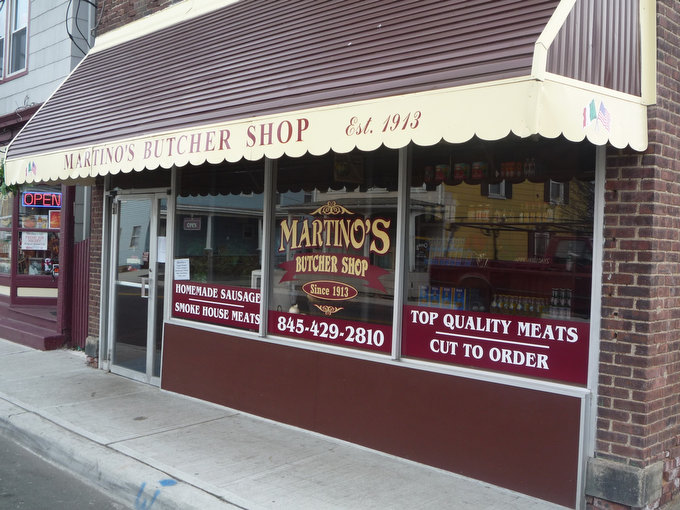 The Railroad Avenue fixture since 1913 has new ownership — Paul Bailey (who own’s Bailey’s restaurant in Blauvelt) and Robert Bello (who owns Lighting Electric) and is no longer called “Martino’s Prime Meats” — but Martino still consults with them and is just a phone call away, says manager Brian Porette, below. 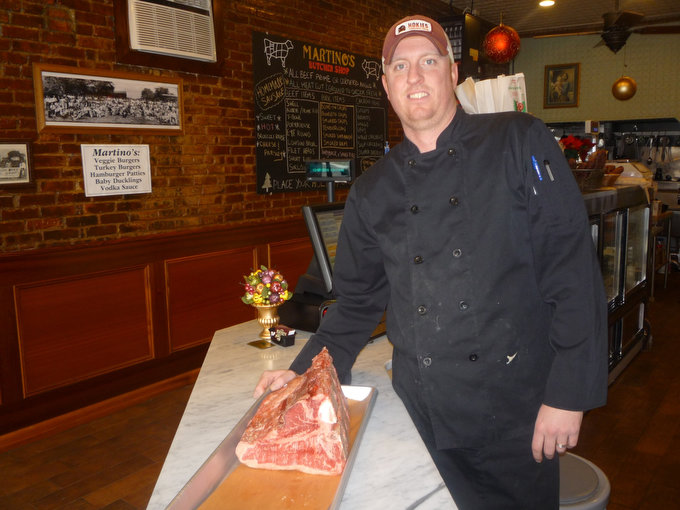 And longtime butcher Steve Quattrocchi — at Martino’s for nearly 30 years —?is still cutting steaks to order. “One lady said she missed the shop so much when we were renovating she was thinking of going vegetarian,” Porette says with a smile. Porette says people are going traditional with this year’s holiday orders:?“The rib roast, the crown roast of pork, filet mignon, the classic stuff.” 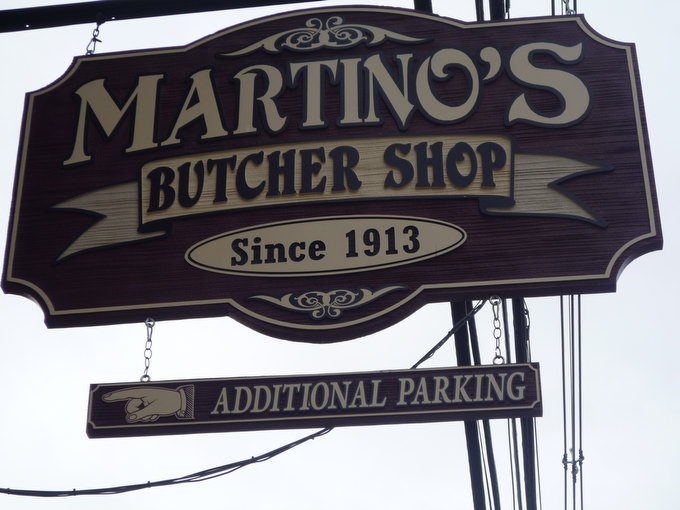