I hope you all had a nice, relaxing New Year’s weekend. We went out to dinner, took down the tree, did a little exercise and a lot of cooking.

We started on Wednesday night — I know, a little jump-start on the weekend, but who’s counting? — with a terrific dinner at The Cookery. I won’t go over all the dishes (you’ve seen them enough on this blog), but I will show you two standouts. 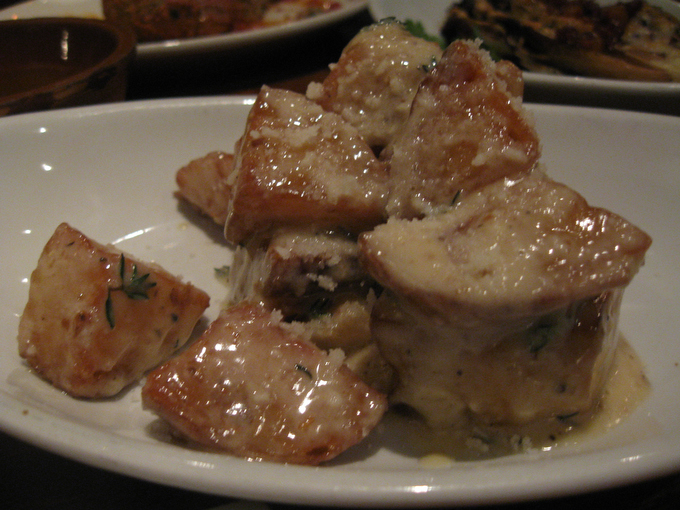 These were so delicious that I called them illegal. They should be, anyway. And so should be this pumpkin gelato, which has shatteringly hard candy (mostly sugar) along with the nuts and syrup covering it: 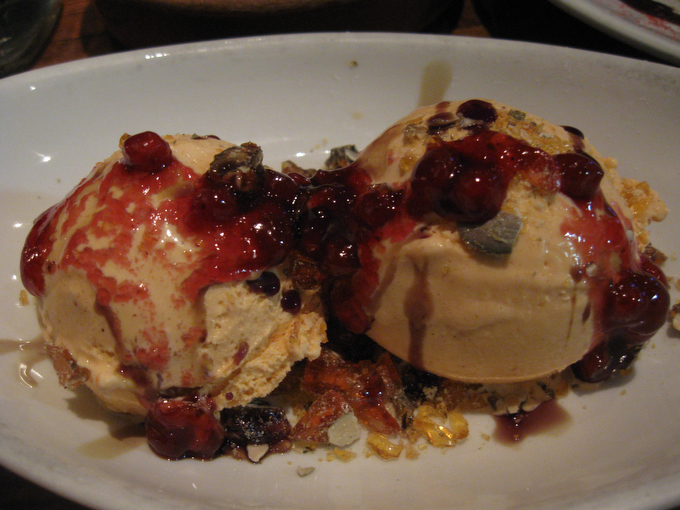 On Thursday, we went out again. This time back to Cafe Barcel, which has a new chef, Tim Trombley. He comes from Lawrence, Kansas, and used to cook at Relish with George DeMarisco. He had just about finished the prep work for his New Year’s Eve prix fixe dinner, so he sent us out a few tastes.

This tuna tartare with kumqat preserves is on the regular menu. 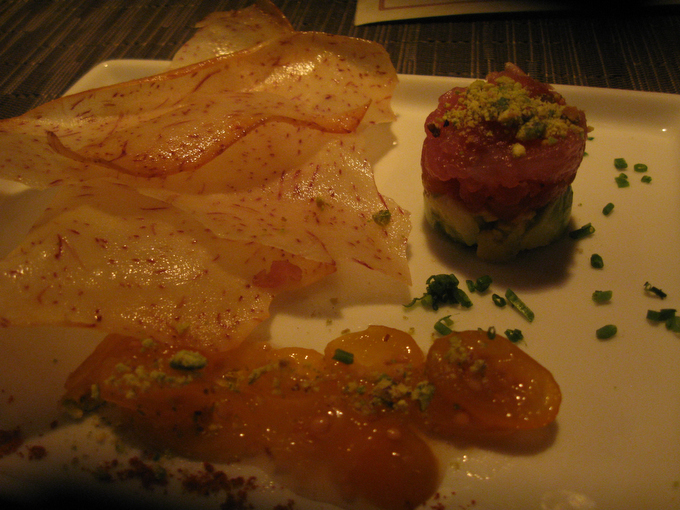 It’s a different presentation than it  used to be: formerly it was more deconstructed, and you would use your fork to mix all the elements together. Now it’s plated more traditionally.

He also sent out a sample of his root vegetable winter soup with truffle oil. 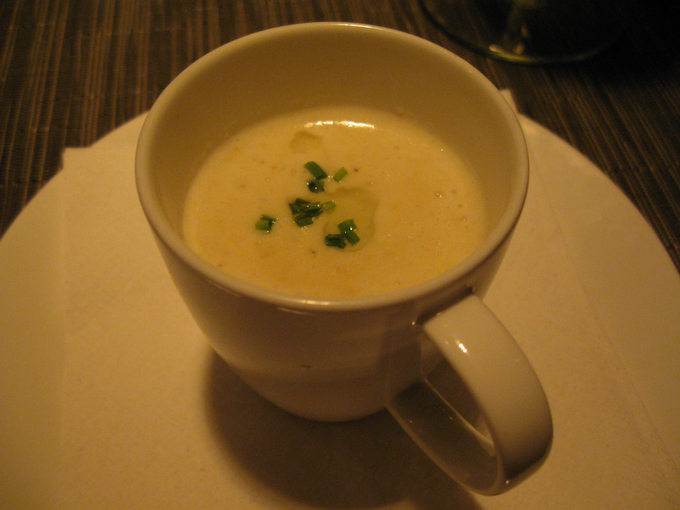 It was warming and rich and had a little texture in it, rather than a completely smooth puree. The truffle was just right, too.

On New Year’s Eve we started at home with a bottle of the 2009 Cuvee Sparkle from Croteaux Vineyards on Long Island. (I had picked up a few bottles when we were out there over the summer.) 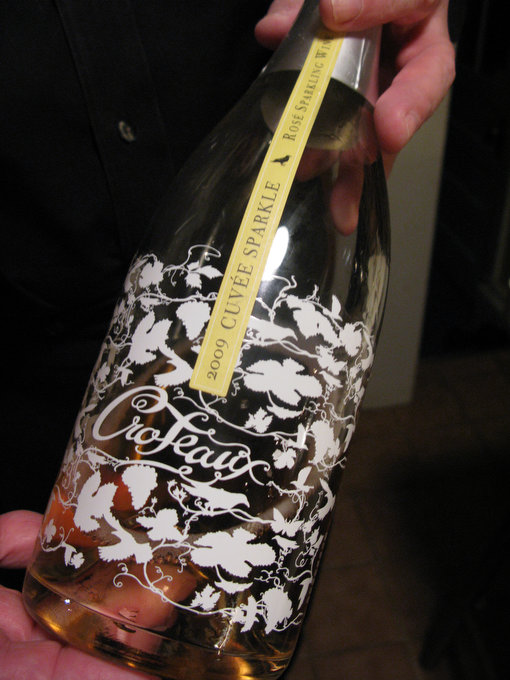 Delicious. Then my husband and I and our next door neighbors walked down to Wasabi in Nyack for a great sushi dinner. What I love about Wasabi on New Year’s is that it’s the regular menu, so you can just order all your favorites and you’re not required to get a special prix fixe menu.

Some standouts. The tuna and strawberry tartar on shrimp toasts: 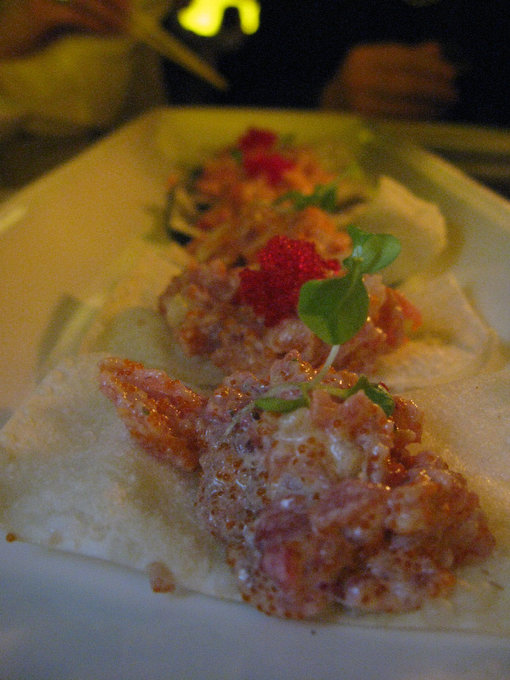 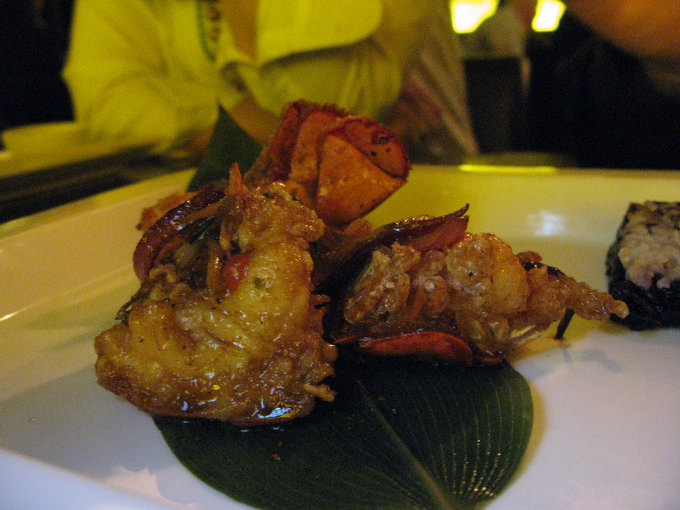 He’s working on this for a new menu to come out later this year. If this is any indication, it’s going to be a good one!

And then a lobster roll with tuna tartar inside: 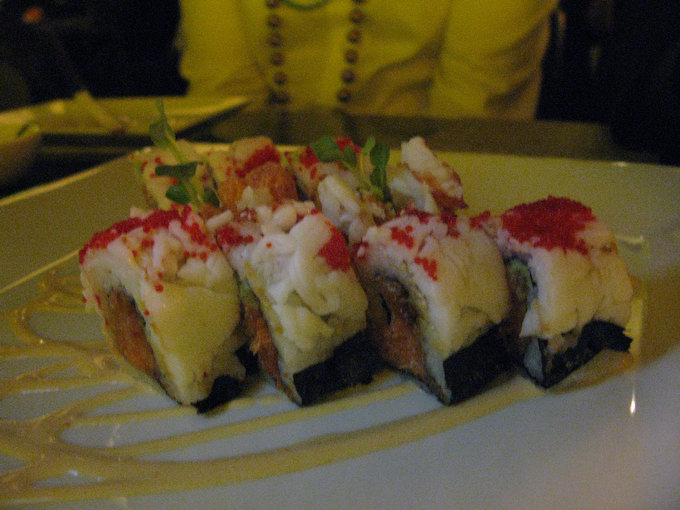 Chef Doug Nguyen was in the house: 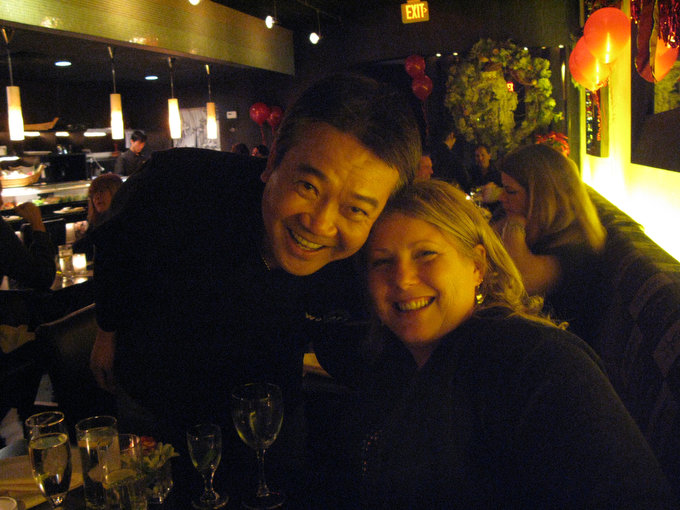 After three night out on the town, we settled in for a quiet weekend at the homestead.

On Saturday night, we made a great recipe I found in the D’Artagnan cookbook for duck breast over polenta with an olive-orange caponata and a demiglace sauce: 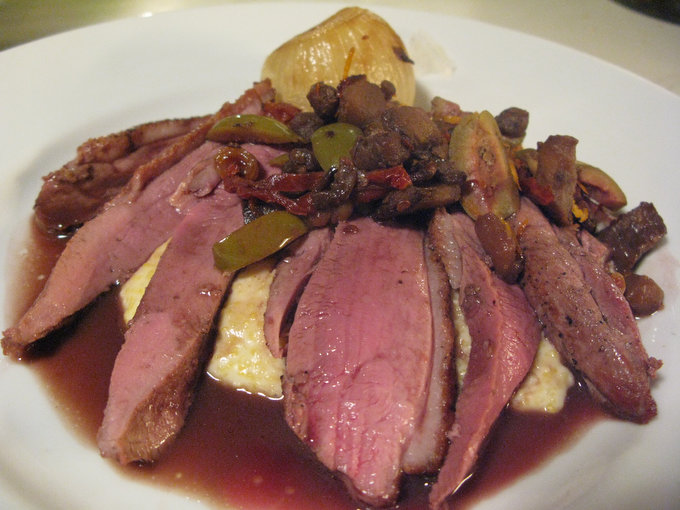 That was a real winner! I’ll blog about the recipe later.

On Sunday afternoon, I felt like playing around in the kitchen a little, so I tried out the Los Angeles Times recipes for gougeres that I’ll be running in the food section this week: 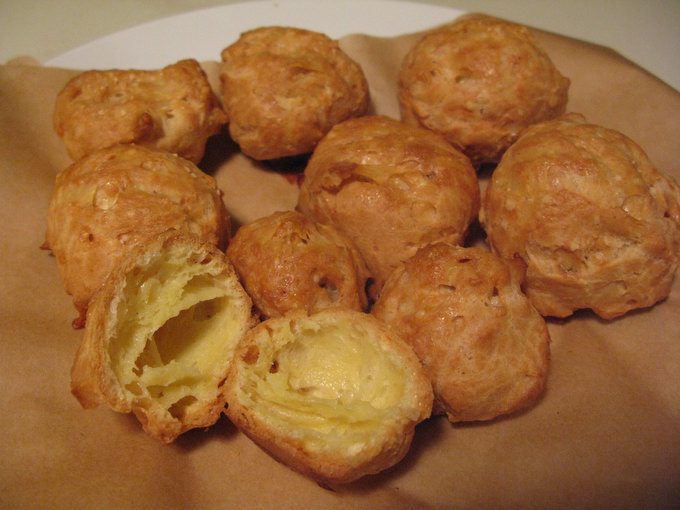 They were fantastic! But I must warn you: if you don’t have a pastry bag — which I don’t — then you don’t even want to try to make these. I ended up trying to use a plastic freezer bag with the tip cut off and it completely failed. So I had to scoop out the batter by tablespoonfuls and it was a sticky mess all over the kitchen!

Here’s a link to a step-by-step demo at the LA Times site. And look for Russ Parson’s story in the Wednesday Life&Style this week.

For Sunday night supper, we had Cabbage and Kale Soup with Farro, from a recipe I saw in Food & Wine magazine in December. 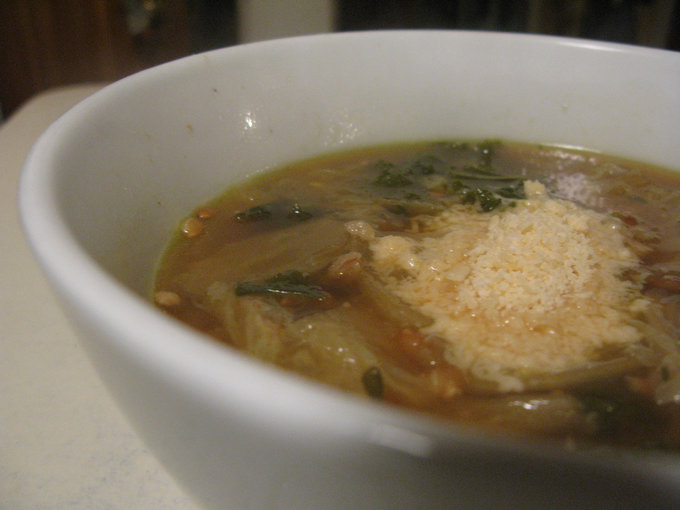 It was a lovely start to a New Year, whole grains and leafy greens and all.

Dara’s Top Five Posts of 2010 (including Rain Water Grill in Hastings and some great recipes, too). (CITK)
Rinku goes to Calcutta Wrap & Roll in Ardsley. (CIW)
Todd reports on the new menu at Justin Thyme in Croton. (WE)
Todd also goes to Peekskill Brewery. (WE)
A&S opens in Mount Kisco. (Patch)
Dragonfly Caffe closes in Pleasantville. (Patch)
Jimmy’s on Main in Nanuet. (Patch)
Clarksville Inn doing well as a pub. (Patch)
Checking in with Sour Kraut in Nyack. (Patch)
MH thinks Oishii Asian Cuisine in Mount Kisco is “OK.” (NYT)
Good Life Gourmet in Irvington and Scarsdale makes good sandwiches. (NYT)
Where to take a 15-year-old for a birthday dinner? (CH)
Julia has extensive coverage on bartaco in Port Chester, with posts on the bar and tequilas there, a taco platter there, and another post on the tacos alongside her roundup of cold and flu foods here. (EDP)
Best restaurants of the decade, by Westchester Magazine.