The team at Bistro Rollin — owners Arthur and Paul Bratone and chef Manny Lozano — are on a culinary research trip to Paris, trying for 12 bistros in 6 days. For Manny, the chef, it is his first visit. Here are his impressions.

Paris turns out to be everything I expected and more. There is just a level of sophistication and elegance, even in the simplest of things like the Mercedes-Benz taxis, the way folks here dress and smell, I’m tempted to assume they all work at Barney’s, but ‘ just the norm around here. 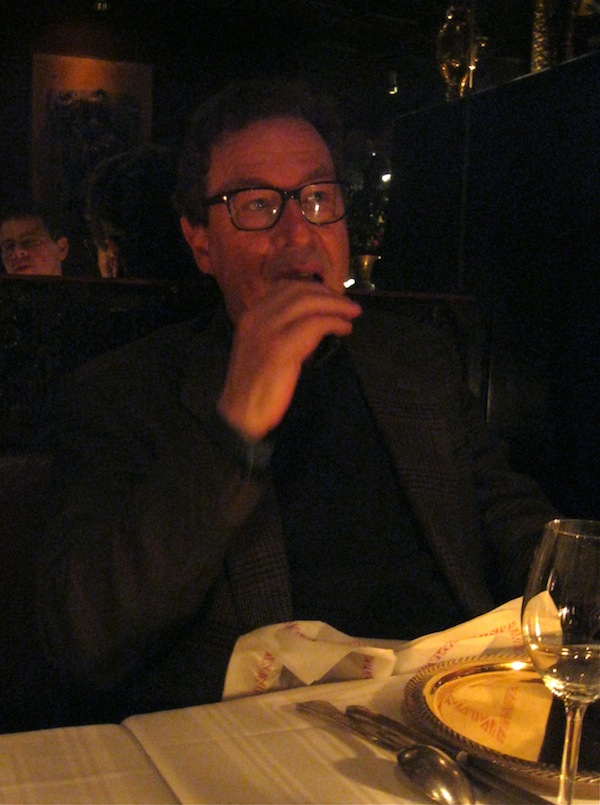 Marc Brike, at the Cafe Flor on the Boulevard St. Germain. An old friend of Arthur’s who joined us for drinks Wednesday night.

Another example of this omnipresence of sophistication can be experienced in the meat and fish displays at the neighborhood butcher and fish monger. The quality, freshness, and varieties of fish and meats are like none I’ve ever seen at any local shops back home, this place just reeks of pride , passion, and anything less than perfection…. Not acceptable! 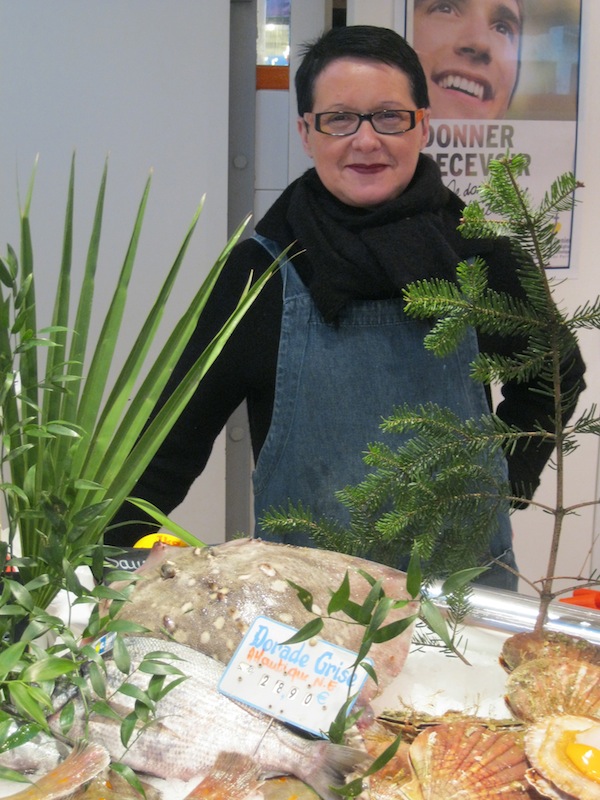 Fish Store Owner on the Rue Rambuteau. Around the corner from our apartment on the rue de Braque in the Marais.

As my sous-chef Eric Mauro back home would say, “Chic baby!” 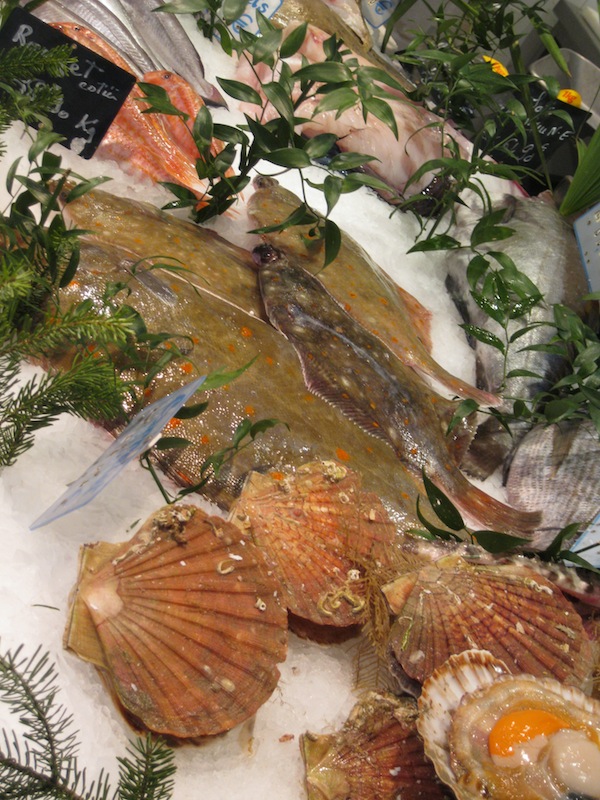 Scallops, sole and other delicacies from the sea from Madame’s shop!

Wow, I didn’t think work could be so hard… We have taken on the tough task of eating at a carefully selected list of about twelve different bistros considered to be some of the best in Paris. Feeling bad for us? I didn’t think so!

So far we’ve eaten at Le Regalade Saint-Honore, where chef Bruno Doucet prepared a 5 course meal that was amazing to say the least, the flavors were harmonious and perfectly balanced. Our next stop was at Saturne, a more modern setting where chef Sven Chartier artfully presents locally sourced organic ingredients cooked to perfection.

Venturing out a little further to the 15th arrondissemont, we land at Jadis. Here we enjoy a perfect meal prepared by chef Guillaume Delage, man what talent, this guy is doing three Michelin starred food in a very relaxed and casual setting, 30 seats max. Not only was the food amazing at these places, the hospitality was truly gracious, and the service was impeccable.