People are reading
You are at:Home»Restaurants»Hudson House of Nyack: Hudson Valley Restaurant Week 2011

Last night, at the convivial Hudson House, there was a moment when I sat back, feeling as though I were sitting in a Toulouse-Lautrec rendition of a bistro. It seemed like that — except the diners were people of this century, enjoying a night out in Nyack.

Jessica Cohn, with another guest post for Restaurant Week. Doesn’t it feel as though sublime food has a direct connection with imagination? The soup last night was our first send-off. The vegetarian selection was a carroty creation. 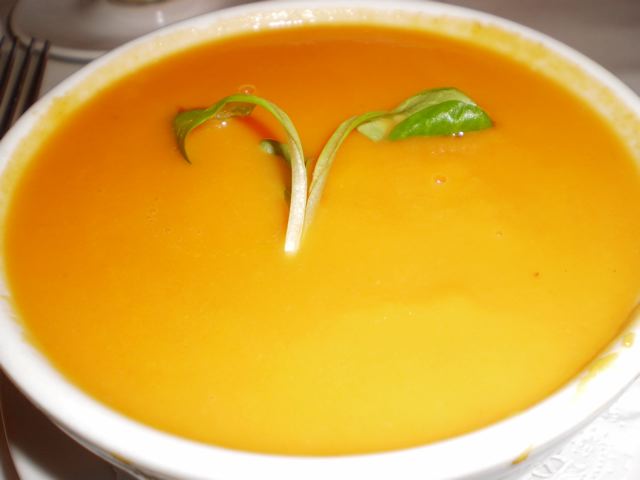 With that, we also tried the butternut squash, endive, apple, and pecan salad. The squash was slightly roasted, and the Gorgonzola – just the right amount – and walnut vinaigrette parlayed the fresh ingredients beautifully. 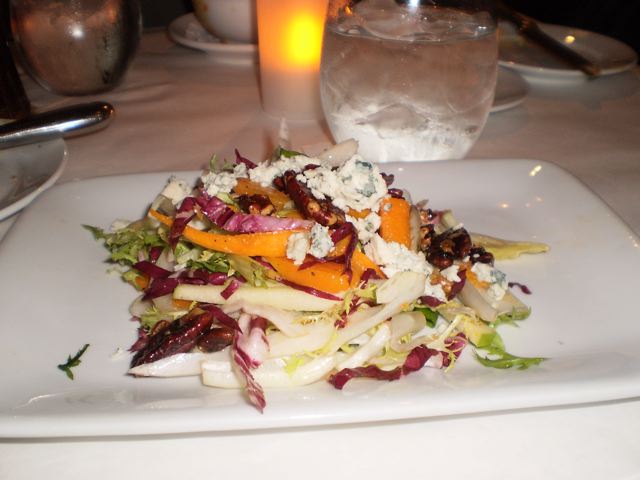 Murray’s chicken. Atlantic salmon. Smithfield pork chop. Korean BBQ steak. What to do. What to choose?

The special menu mentioned that there was a chili glaze on the chicken. That intrigued me, and am I glad it did. I can’t be sure when I’ve had chicken this flavorful and playful. It was hard to decide what to save for the last bite, because even the olives were small revelations. 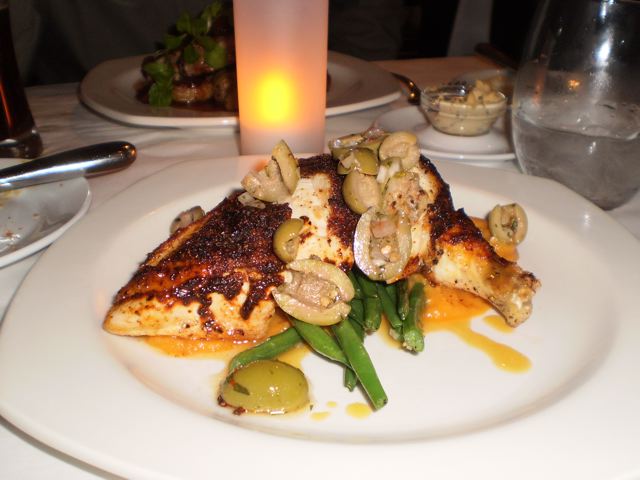 My partner ordered the pork chop, with figs and lemons and pepper and a dash of zowie. 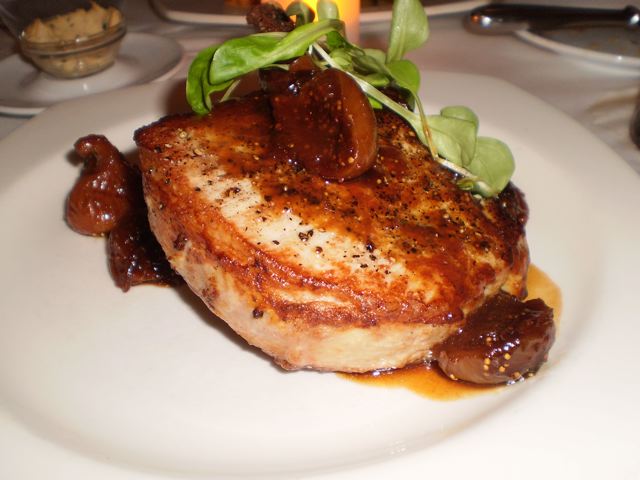 We were awfully full and in no need of additional kitchen alchemy. But then the desserts were delivered. The sweet course was so involving, I almost forgot where I was, much less how I was feeling before it arrived. The firecracker apple cake was a nutty combination of heat and sweet that took on additional flavor with each tasting. 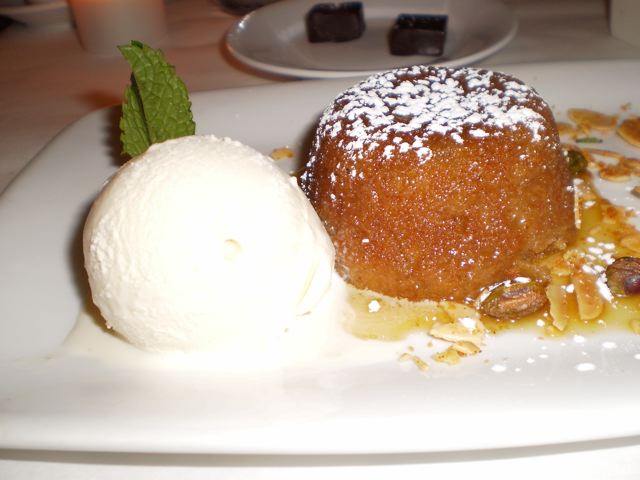 Our charming waiter was laughing because all the women were ordering the sticky toffee pudding cake that night, and I have to say, this was one of those times when groupthink was actually on target. If this cake were an island, I would go live on it. 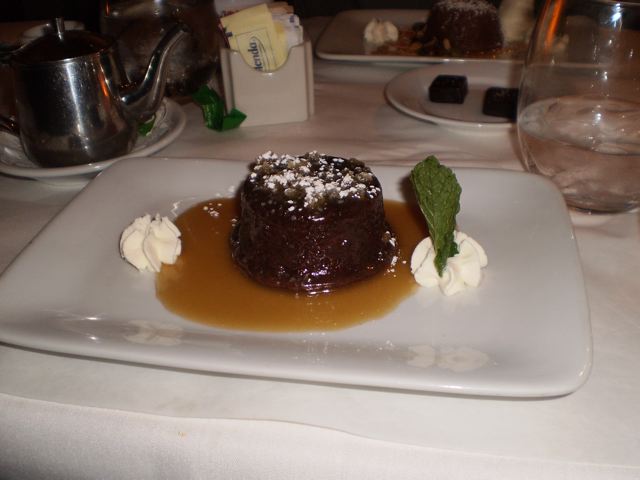 It was every bit as delectable as it looks, and then some. And can you see the chocolate caramels in the background? The salt makes them insanely good. The Hudson House, without a doubt, is guided by people who know what they are doing. And it’s not just the food. It’s everything.

A huge vase of spring branches commands the center of the dining room, and the walls give way to a mind-expanding mural and bewitching photographs of the Hudson River, stripped to its essential elements of water and light. The old tin walls have been painted white, which has the effect of framing the animated diners and reflecting the candlelight. It’s a great space with inspired owners and staff who share a special genius for amplifying the small and large wonders of life.

The Hudson House is on the main drag in Nyack, inhabiting the old village hall. Our dining experience was really charming, and I have to tell you, I fought the spell at first. It’s silly, but initially when we were seated in a booth on the perimeter, it bothered me, because I was sharing one long seat with a number of tables and  feeling antisocial when we arrived. But the staff won me over, fast, and they won me over for good.

Good thing. No one wants to ruin the vibe at this one-of-a-kind place.