Hi everyone, Maria Reina here, excited to be jumping in my blogging duties. On Thursday night my husband Larry and I headed out to Armonk, meeting up with a few of our foodie friends, Anne and Serge. The four of us have never been to Marc Charles, and were not disappointed!

Marc Charles is located on the back side of the La Quinta hotel in the Westchester Office Park. . The ambiance of the dining room is just lovely, and everyone could not have been nicer. Our server, Nikki, was just wonderful and expertly guided us through their great menu. 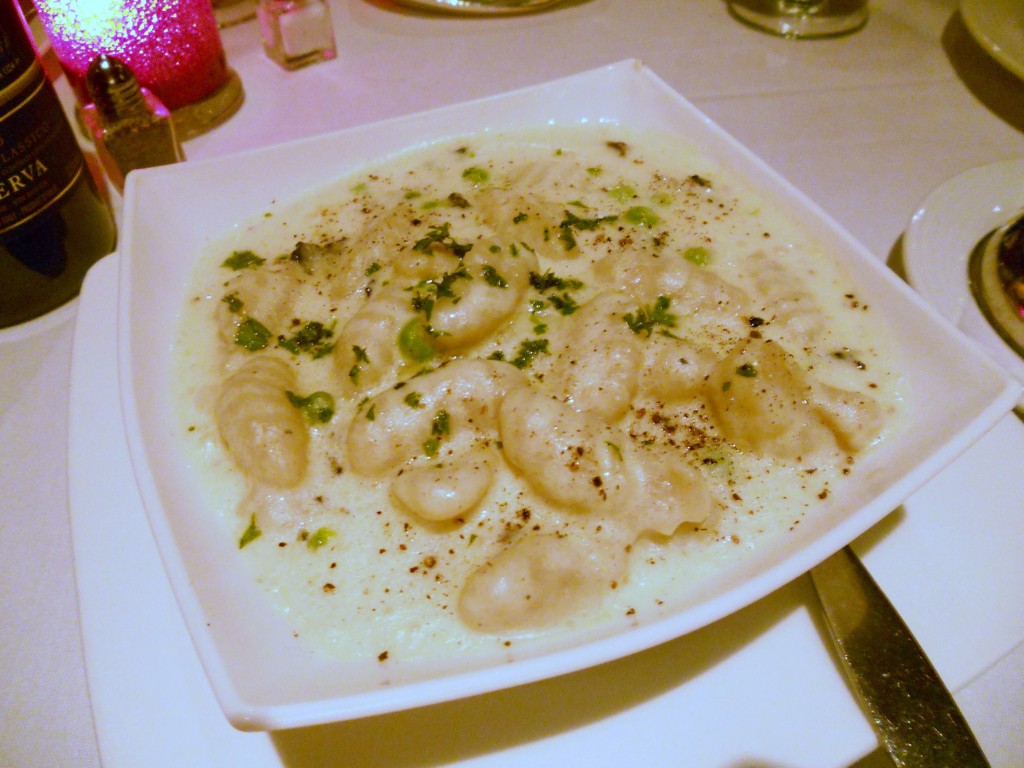 We all decided to take advantage of the special HVRW menu, but wanted to try one of the regular menu appetizers: Truffle Gnocchi. The four of us love all things Italian, and that dish called out to us. The potato gnocchi were suspended in a rich creamy black truffle infused sauce with peas and a little parsley oil. Insanely tasty!

Anne and Serge went for the Caesar Salad, complete with asiago cheese and garlic croutons. 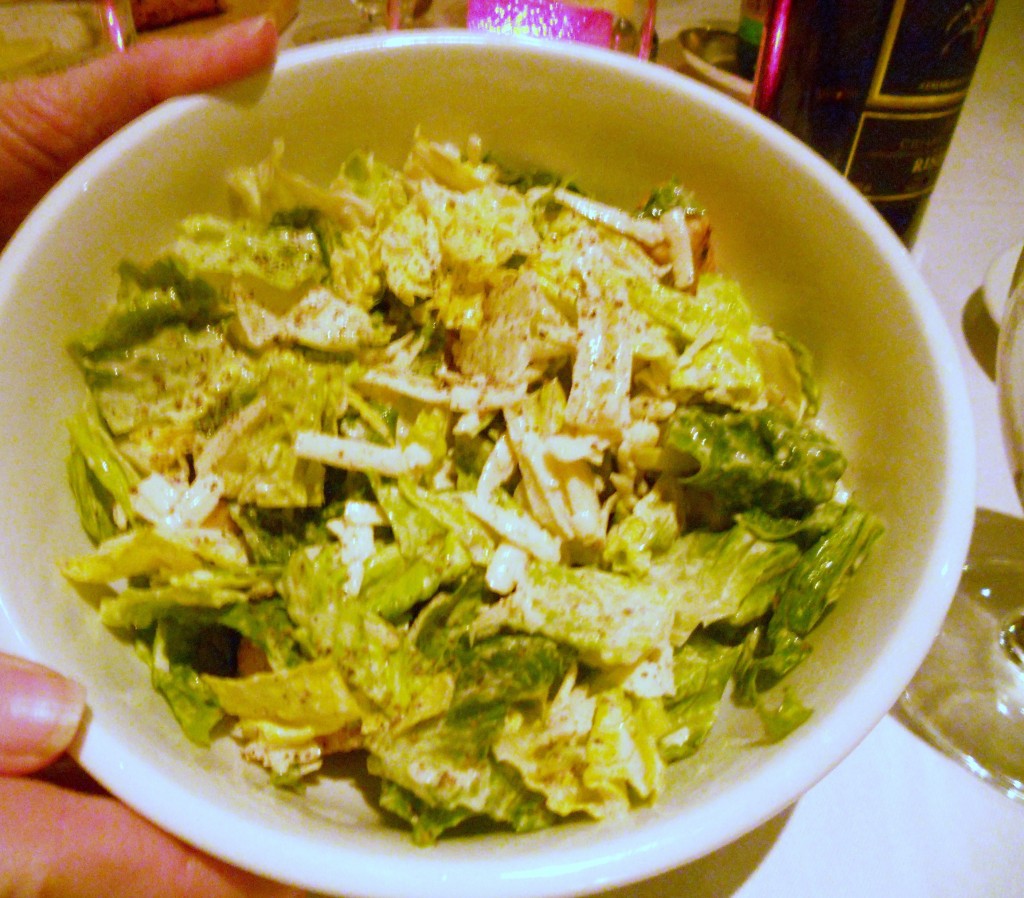 The portions were generous, leaving Anne to remark that the salad was a little too big, and Serge disagreeing. However, both did agree that it was very tasty.

Larry had the Wedge, a play on Cobb Salad but with just egg, bacon, tomato, gorgonzola and Russian dressing. I wanted a little taste but missed my chance – the salad was gone before I knew it. 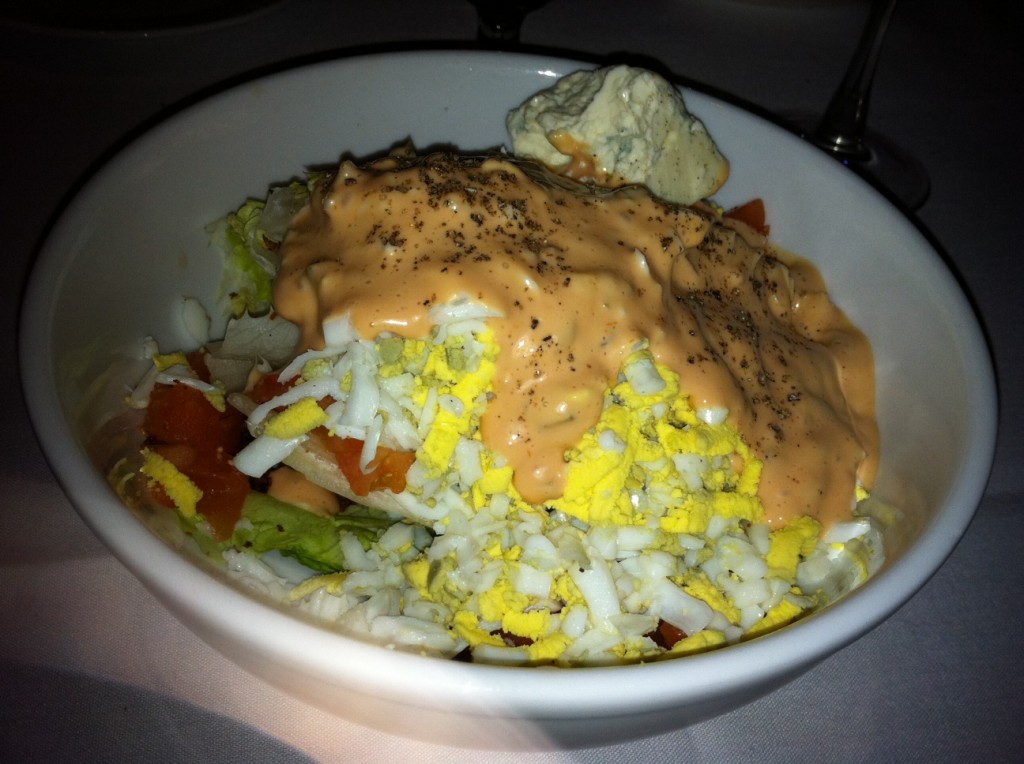 My appetizer, the Bacon Divers, had two nice size diver scallops wrapped in bacon and seared, with a mild horseradish cream and arugula salad. 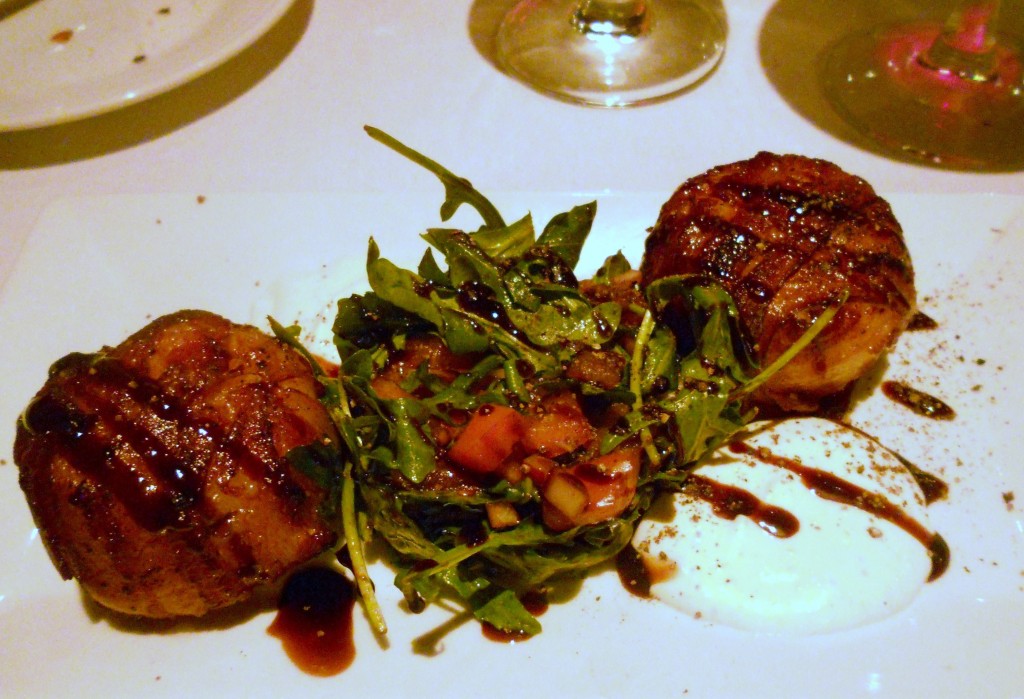 While the entire dish had great flavor and harmony, I though the scallops were just a wee bit overdone.

On to our second course: the guys opted for the Porterhouse Pork Chop. All I can say is WOW! 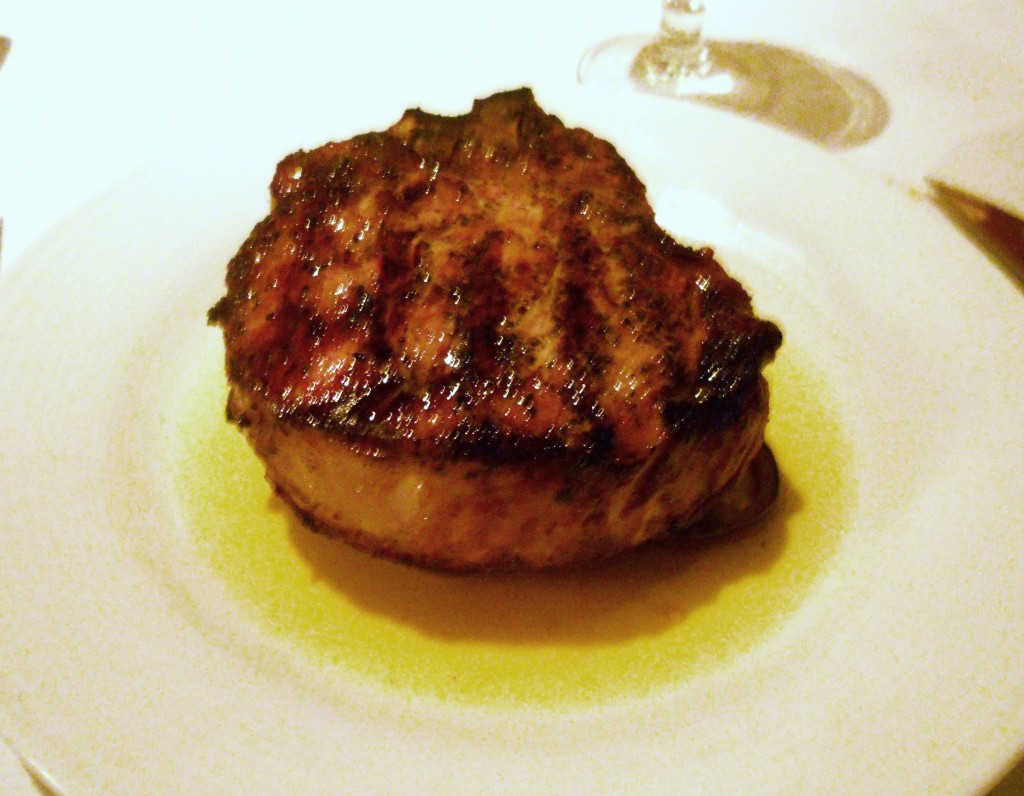 That pork chop was 22 ounces of deliciousness. They were both cooked to a perfect medium rare and sitting on a bed of sliced hot cherry and vinegar peppers. They each managed to only get through half of their chops. Both remarking that they were looking forward to a nice sandwich with the leftovers.

I chose the Trifecta: a 12 oz top sirloin with a wild mushroom crust and shiraz demi-glace. Mine also was perfectly cooked to a luscious medium rare. 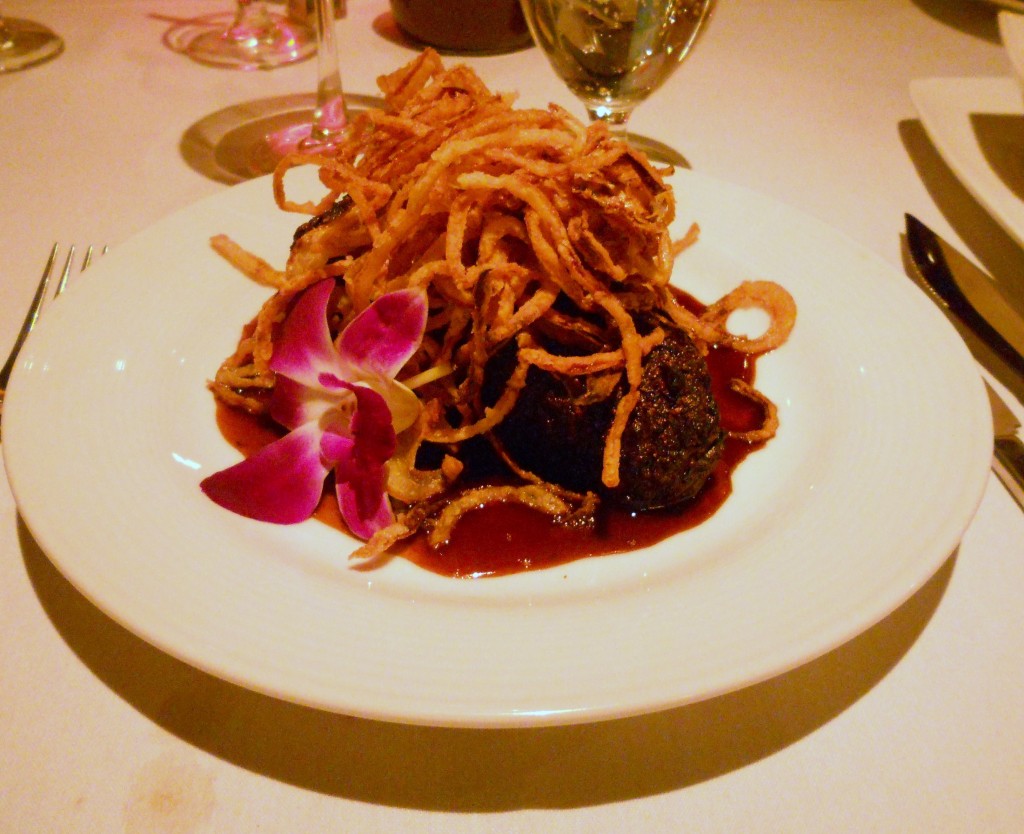 Anne opted out of the meat frenzy and had the Everything Salmon. Being a private chef I am regularly asked to make salmon. (Who doesn’t like a beautifully cooked piece of salmon?)   This particular version is a riff on and popular flavored bagel. 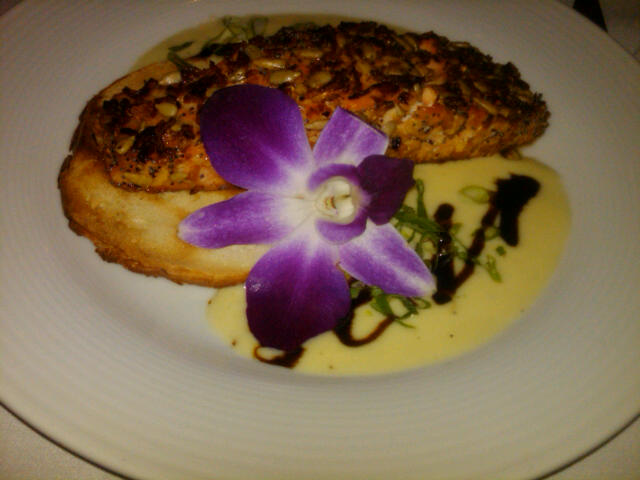 Imagine the combination of seeds and spices on an “everything” bagel –  that is what was seared in to the crust. Then they placed the salmon on a thin slice of toasted bagel and served it with a lovely mild scallion cream sauce. Completely different, flawlessly executed and really scrumptious.

We needed a little break before dessert, but not for long. We did decide that each of us would probably not have the room for an entire dessert, so we ordered the three on the menu and shared. My favorite was the Peach Melba. A simple vanilla ice cream with peaches, raspberry sauce and whipped cream. The raspberry sauce was the ideal flavor to balance the sweetness of the peaches. The Banana Split was a fun retro dessert and the table enjoyed the Bread Pudding. Come to think of it, I don’t remember that being passed in my direction! I think Serge and Larry finished it pretty quickly. 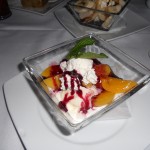 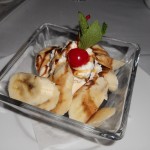 It was a great night, with special friends and a really superb meal – I highly recommend a trip to Armonk to experience this lovely restaurant, just a short hop off of Exit 3 on 684.

The 411 on Marc Charles Steakhouse.