People are reading
You are at:Home»Restaurants»Mima Vinoteca in Irvington: Hudson Valley Restaurant Week 2011

Hi, this is Antonella Pomilla. The task for the evening was Mima Vinoteca in Irvington, NY. The place itself is very small, but bustling for a Wednesday night, almost too noisy at times. You must walk in a few feet to find a host, but we found ourselves very lucky to score a corner table.

After perusing the Hudson Valley Restaurant Week dinner menu obsessively over the last week, I had my heart set on the braised short rib entrée. But guess what? The short rib, along with a few first courses, were not on the HVRW menu (as originally indicated online). Instead, the choices now seemed rather limited, so I decided to order the eggplant polpetti, gemelli alla carbonara, and banana bread pudding. My friend ordered white truffle mushroom polenta, wild salmon, and the mixed berry parfait. 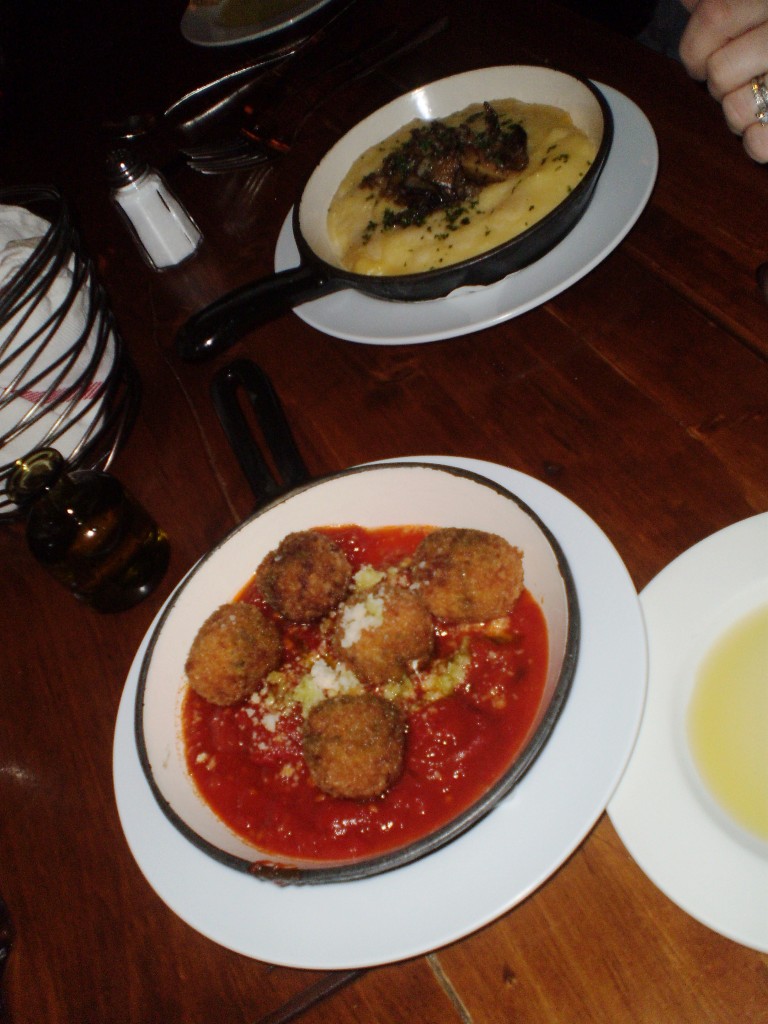 Her polenta was a perfect creamy consistency and the truffle taste was not too overpowering. The eggplant polpetti were stuffed with cheese. Unfortunately, they were over-fried. 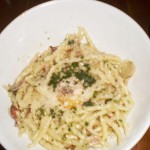 My pasta was fresh and handmade, with a nice touch of the “yolk-intact” placed on top so you could mix it into the dish yourself. The portion was surprisingly satisfying, particularly due to the heaviness of the dish, which has bacon and parmagiano. 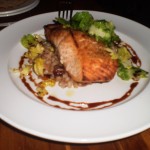 friend’s salmon dish proved to be a hearty dish overall, with an interesting contrast of sweetness found in the side of cranberry barlotta (similar to a risotto, but made of barley instead).

True to the word “Vinoteca”, we were very pleased with the wine list. Although only offering Italian wines, it was nice to have the option of a 3-ounce glass, 6-ounce glass, or a bottle.  Our selections, the Pinot Nero and the Syrah, refinely complimented our meals.

Lastly, the banana bread pudding had a nice twist of a chocolate center, but we were a bit chagrined that the mixed berry parfait lacked the promised raspberries. 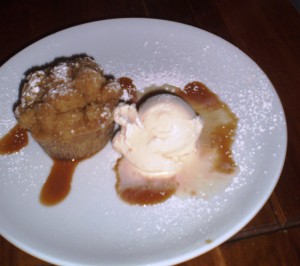 We took a liking to our server, as we found him to be very friendly, knowledgeable, and humorous. However, we should note that after desserts, we were immediately handed the check.

Once we paid the bill, we both realized we were never offered coffee. We did mention this to our server, who responded that he would start another tab for our coffee order, in which we declined. And so I left, somewhat disappointed, short rib-less, and coffee-less.