Hi Small Bites readers. This is Kathleen McLaughlin with a recap of my experience dining at Sonora Restaurant in Port Chester during HVRW. Sonora is located in the same area as two other perennial Westchester favorites – Tarry Lodge and Nessa. My fiancé Dave and I have had Sonora on our list of restaurants to try for the longest time and Friday evening we finally got the chance to give it a whirl. 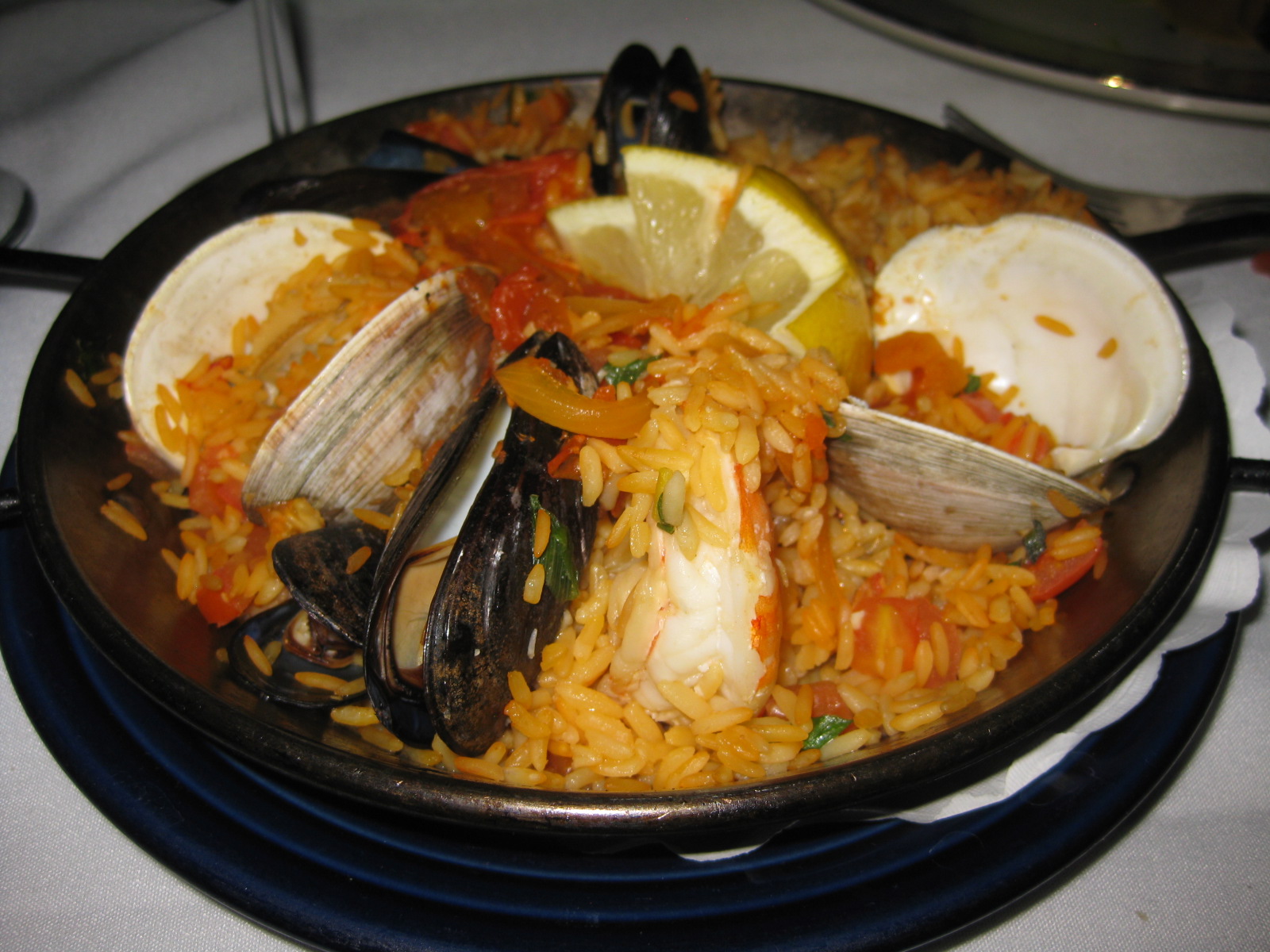 The restaurant was packed on Friday evening, so I was glad we had made reservations. We were led right to our table and handed a cocktail list with a slew of exciting options. The bar area was crowded and I could hear the bustle of the blender so I knew we were in for a treat. I ordered one of my favorites – a classic Mojito, while Dave ordered a Pisco Sour. Both drinks had fun, playful presentations with a beautiful design on the Pisco Sour and a sugar cane stalk as the stirrer in the Mojito. The Mojito had the perfect amount of mint and was a great pairing with our first appetizer. 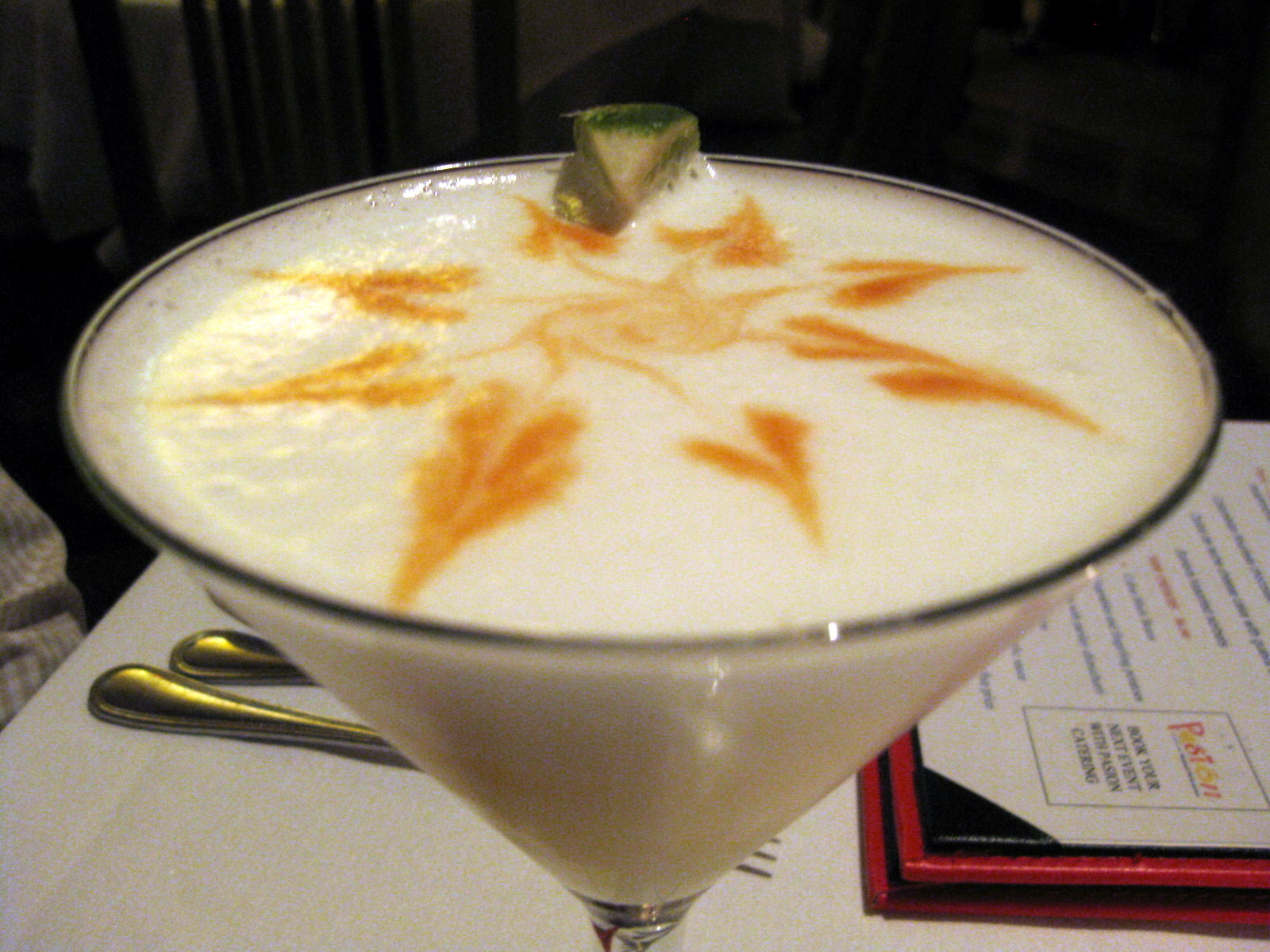 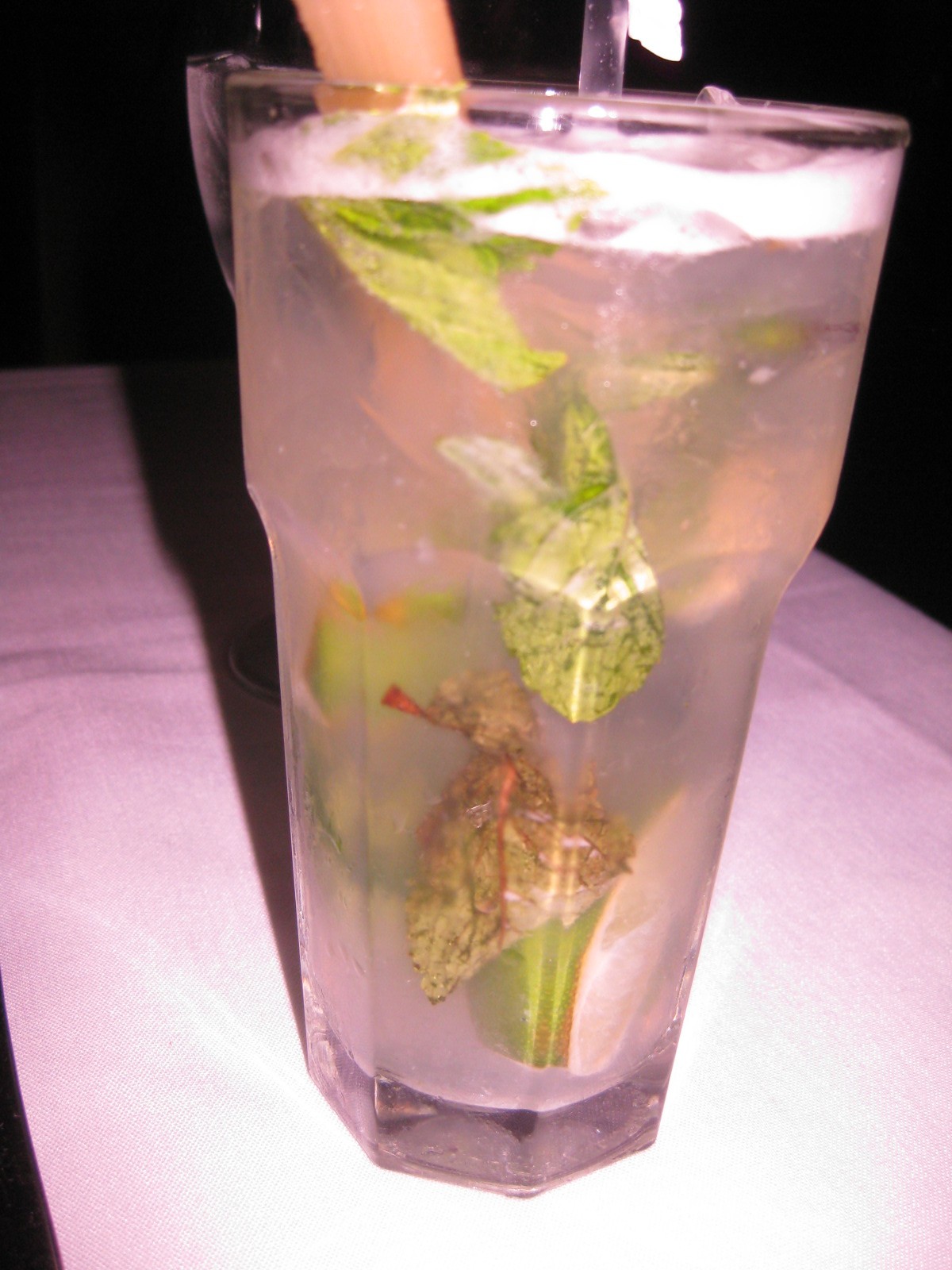 We sipped our drinks as we perused the RW menu. It was a pleasant surprise to see such a variety of options. So often restaurants only offer 3 options for each course for the prix-fixe menu. At Sonora, we had the choice of 5 appetizers, 5 entrees and 3 desserts. So many options!

To start, we ordered the Guacamole for the table. To me, guacamole screams summer and with the 70+ degree weather on Friday, I was ready for a warm weather indulgence.  The guacamole at Sonora is prepared tableside, which in my opinion, is the only way restaurants should serve guacamole. We asked for it spicy and it had a nice kick, but was not overly spicy. The fresh flavors were balanced with the perfect amount of lime added for brightness, which paired wonderfully with my Mojito. 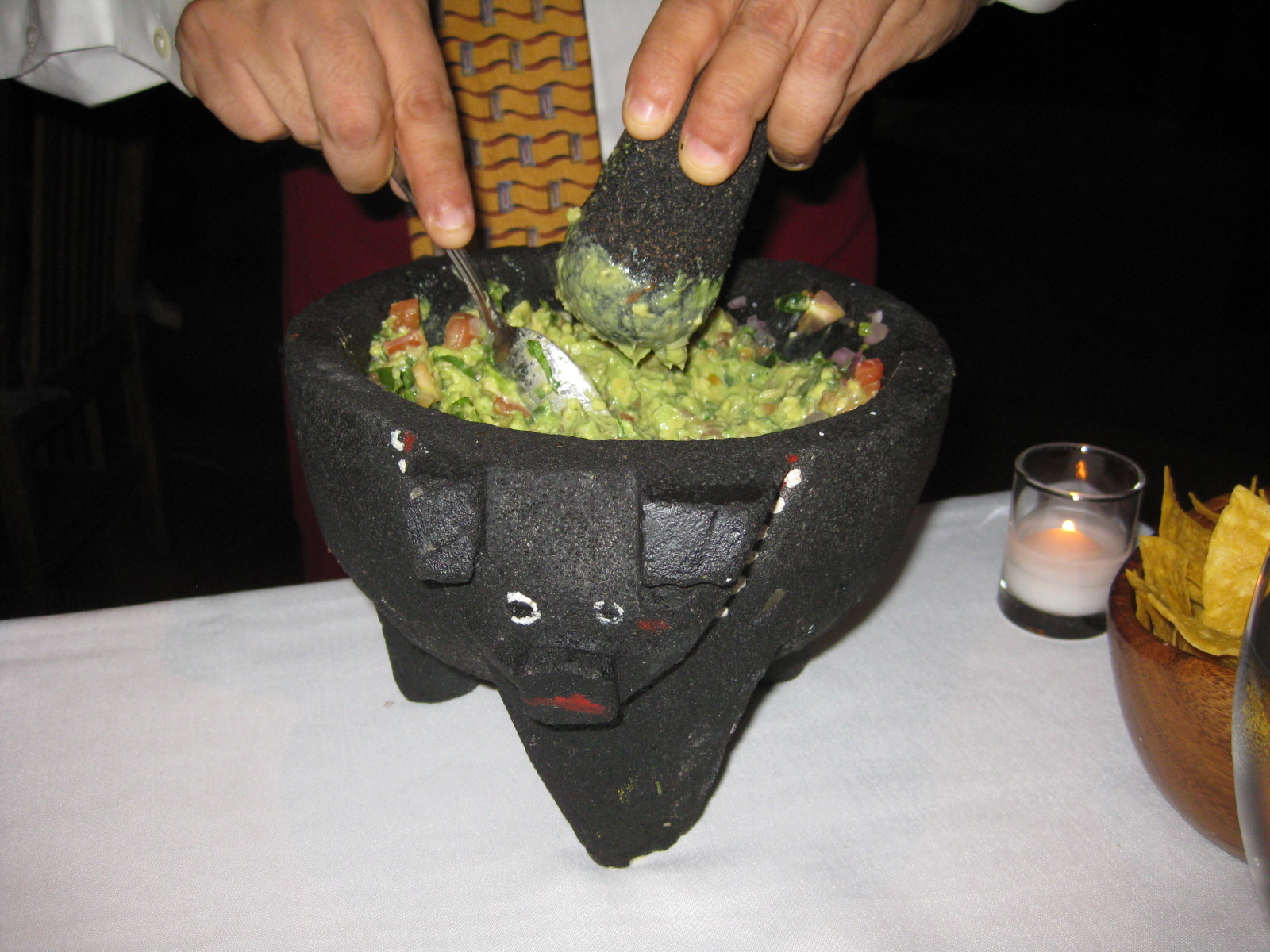 For our appetizers, after debating on the wide variety of options, I went with the Pizza Gaucha, a flat bread with grilled skirt steak, manchego cheese, arugula, tomatoes and topped with a parsley chimichurri. They brought out the appetizers at the same time as the guacamole so I was a bit overwhelmed by the amount of food on our table, but I soon dove into the Pizza Gaucha. 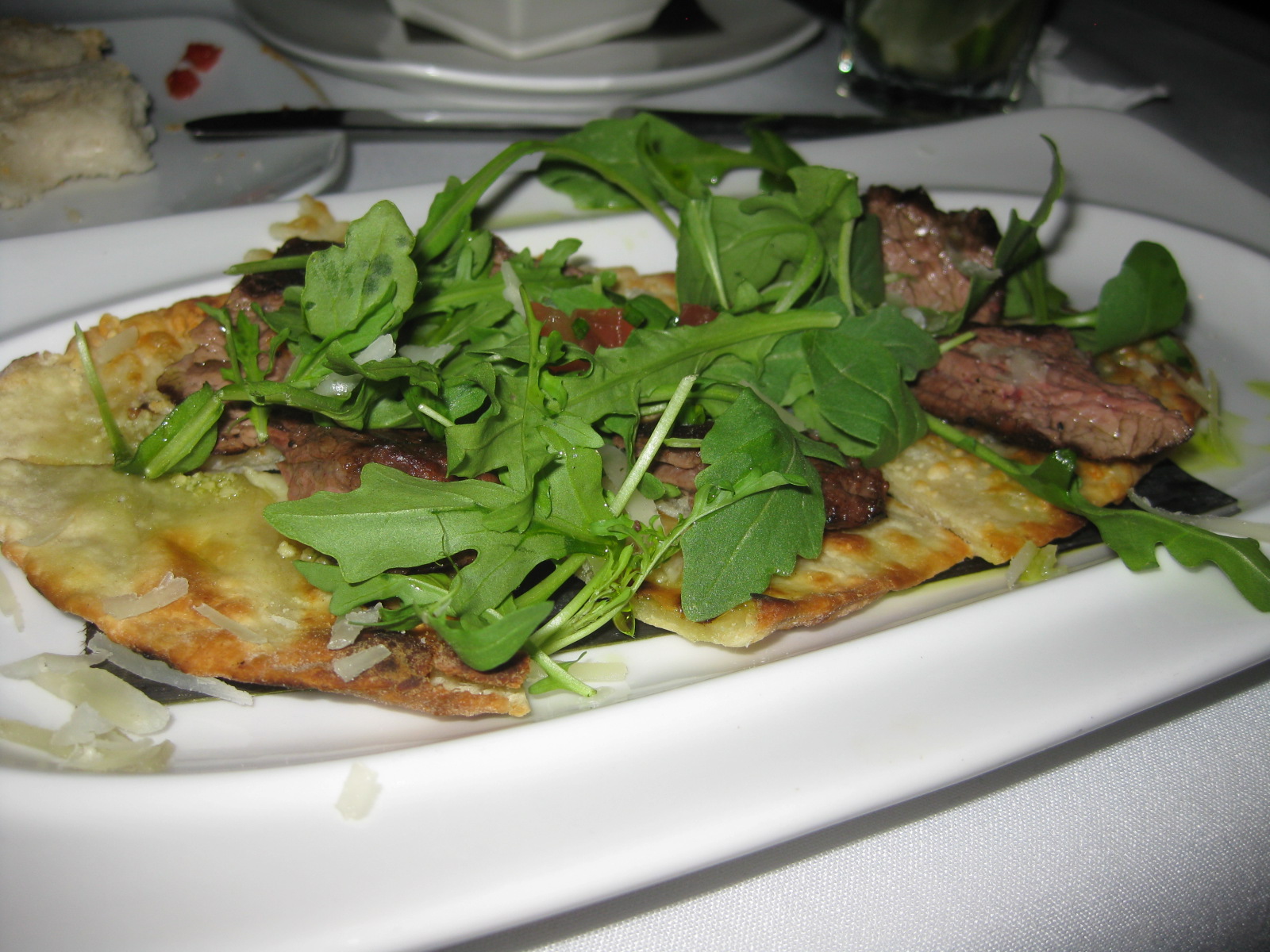 The flat bread was warm and lightly grilled. From the description on the menu, I was anticipating the manchego to be shaved, but it was actually baked into the bread and I lost some of the manchego flavor in the bread. The steak was perfectly cooked and well seasoned. Unfortunately, the dish was missing the chimichurri which it definitely needed. The arugula needed an acidic component to it, which I think the chimichurri would have helped with, but overall I liked the dish.

Dave went with Tacos de Puerco for his appetizer, which were tacos filled with braised pork, guajillo pepper sauce and a chipotle Crème Fraiche. 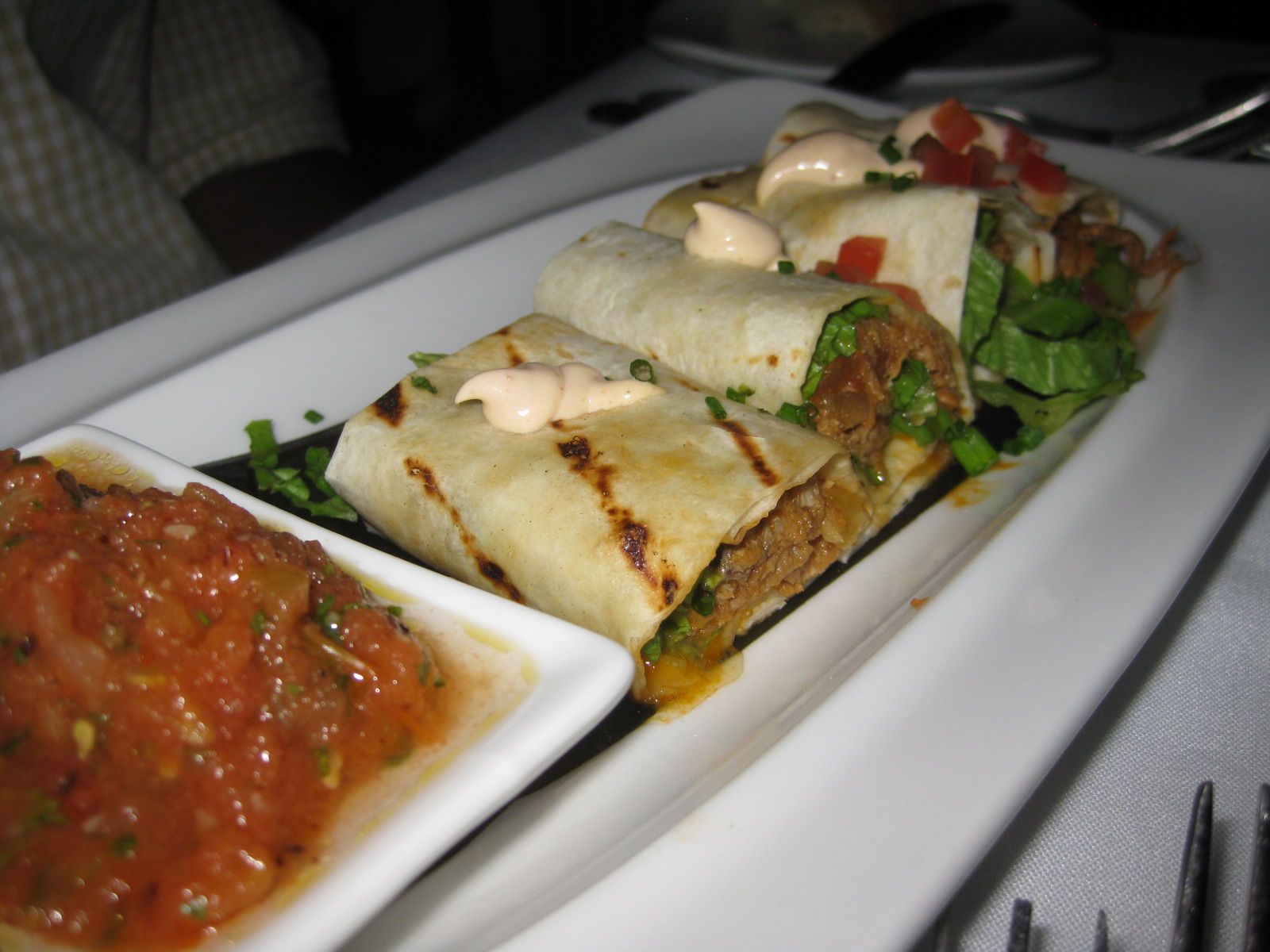 The pork was braised perfectly, to the point where the meat shredded easily but still remained juicy. The flavors blended together to create an excellently savory dish with the guajillo pepper sauce adding a bright zest to each bite.

For our entrees, I was torn between the Pollo Relleno, a seared free range chicken breast dish stuffed with Colombian chorizo, goat cheese, and a sweet plantain served over spinach mashed potatoes with a sherry wine reduction and the Lomo De Puerco al Sarten, a sautéed pork tenderloin wrapped in bacon with parsley and chive chimichurri sauce served with quínoa, mango, sweet plantain and spinach salad.

After a very helpful recommendation from our waiter, I settled on the Pollo Relleno which he said was a more complex dish. I’m not one to say no to chorizo so I went with his recommendation. Dave ordered the Paella Palomino – Sonora’s take on the classic seafood paella with saffron rice, shrimp, clams, mussels, sea scallops and chorizo topped with sofrito. If Chef Rafael Palomino was willing to put his name on the dish, it had to be good, right?

Our entrees arrived along with the wines we chose to pair with the main dishes. Our waiter did not disappoint with his recommendation for my dish. The chicken was pounded thinly and rolled around the chorizo and goat cheese and finished with the sherry sauce. The sweetness of the sherry sauce perfectly complimented the richness of the chicken and chorizo. The mashed potatoes were savory and creamy with just the smallest hint of the spinach.

Dave also enjoyed his seafood paella. The rice was perfectly cooked and the saffron, tomato and garlic flavors really shined through. The seafood was cooked through but not overcooked and the lemon garnishing the dish added a nice bright flavor.

As you can see, the presentation of both desserts was playful and inviting us both to take a big spoonful. The cheesecake was nice – almost a mix between a traditional cheesecake and a flan. Slightly lighter than a traditional cheesecake, it was creamy and highlighted the sweetness of the dulce de leche. Dave’s chocolate cake was one word – rich. Wow, there was a lot of chocolate flavor packed into every bite. This would win over any chocolate lover out there. 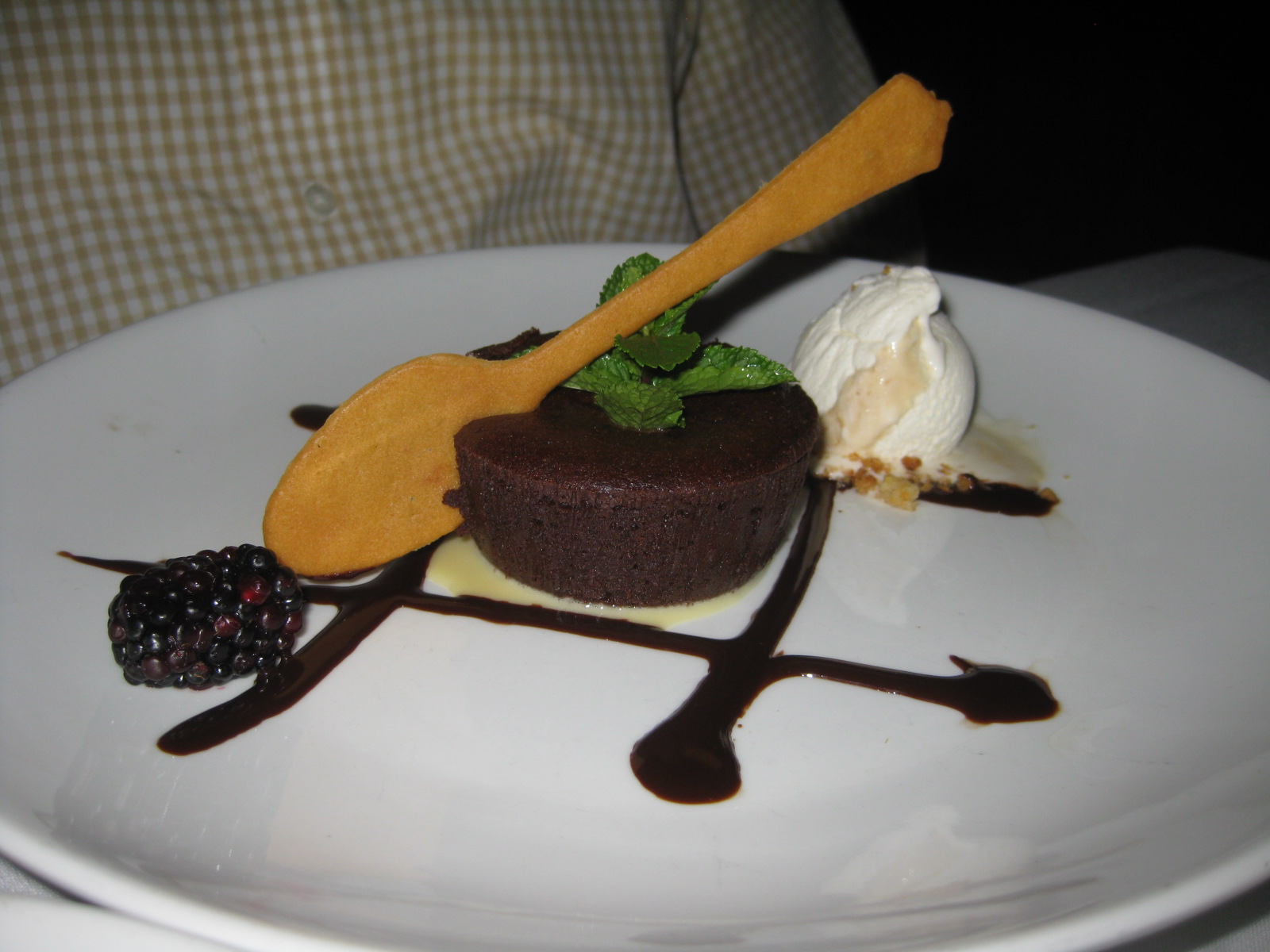 With the variety of options for HVRW I would definitely recommend making a reservation at Sonora to sample some of their flavorful Latin dishes. I know I will definitely be back there soon!