People are reading
You are at:Home»Restaurants»DiNardo’s in Pound Ridge: Hudson Valley Restaurant Week 2011

A long time ago, maybe 15 years ago, there were no casual restaurants in a huge area that extended from Bedford all the way over to New Canaan, Conn. The landscape was dominated by Emily Shaw’s, Nino’s (long before it became Bedford Post,) Le Cremailliere, and those kinds of places. Nowhere could you get a simple dish of pasta — — and God forbid you craved a slice. 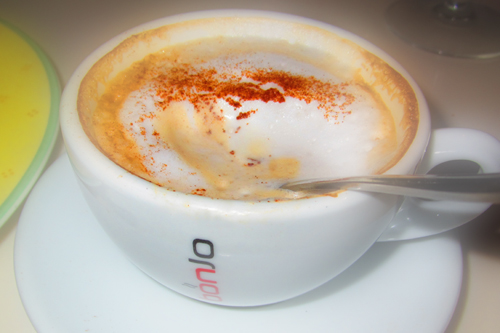 Nice bathtub of Cappucino to end the dinner

The only place in this austere culinary landscape that even attempted to cater to the more or less common man was DiNardo’s in Scott’s Corner’s (also known as Pound Ridge), and it was definitely an old style Paisano place with red-and-white checked tablecloths and raffia wrapped Chianti bottle-vases for first generation plastic flowers.

Flash forward to the now, and DiNardo’s is still accessible, but its more like being in an Italian village than an episode of Godfather IV. Intrepid spouse and I went on a Tuesday Night to sample the fare, for the first time in fully 15 years.

The place had changed, instead of old guys in white uniforms with soggy fried calimari, we were greeted with super friendly smiles and welcomed with a nice basket of crisply fresh warm bread. The bread and their special wine of the month, a 2008 Branchini Sangiovese Rubicon at $38, got us in the mood for some country eating.

I tried a spinach soup and intrepid spouse had bufala mozzarala, which was good, served with tomatos and thick slivers of Peccorino Romano, but the tomatoes were disappointing after this past summer’s amazing heirlooms, but, well, it WAS March and as usual, snowing. 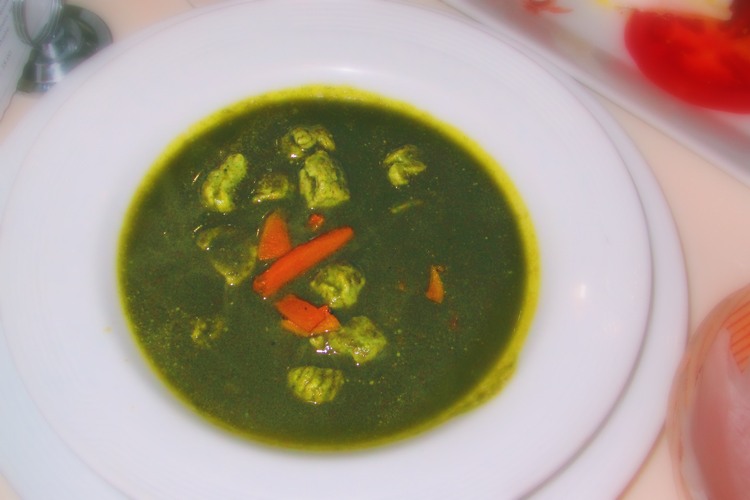 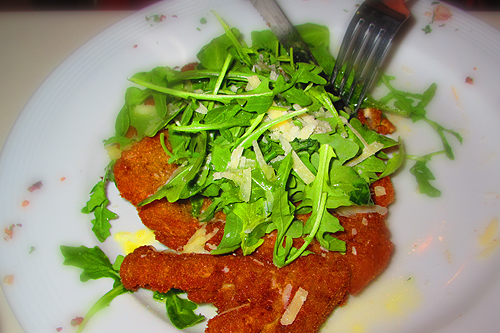 Main Courses came quickly, but not too much so… spouse had a Pork Tenderloin con Arugula alla Romana. It was perfectly cooked, crisply coated and relatively tender. The arugula added a bit of moisture, but usually I’ve seen this dish as veal with a thick puree of fresh tomato under the arugula, but perhaps given the blandness of the earlier tomato and our lofty tomato expectations, this was a win/win?

My dish, Papardelle Bolognese, was a total home run. 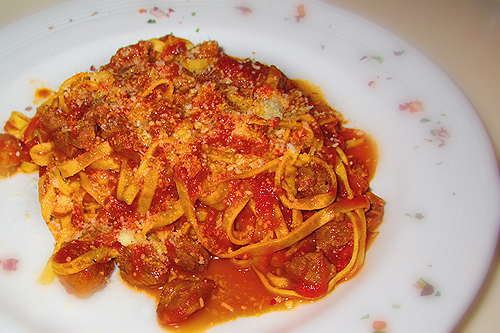 The pasta was rough cut and house made and the three different meats were each distinct. The sauce had been lightly cooked and was nothing like the massive deep red Bolognese sauces I’ve come to expect from this area. This was much more country. Oddly delicate but really hearty.

We finished with a slice of Italian Cheesecake (it ain’t Juniors…?),
and a nice Tiramisu which was fresh, light and perfect. 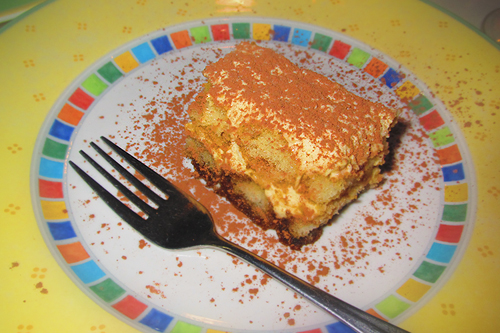 Quite totally full, we left happy and prepared for some more winter!

We will be back!