Hi, this is Antonella Pomilla with my last guest food blog.

Due to Lent, my cousin and I headed to Morgan’s Fish House on Friday night. We had fairly early dinner reservations, so we were surprised to arrive to a packed house. Ushered to our table almost immediately, our hostess did warn us there were no menus currently available. We actually waited about 15 minutes to receive them.

Once in hand, we ordered the following from the HVRW menu: the Clams Cataplana, the Gumbo, and Key Lime Pie for my cousin, and the Shrimp & Lobster Spring Rolls, the Salmon Oscar, and Banana Cream Pie for me. Additionally, we couldn’t resist from ordering the Lobster Macaroni and Cheese from the a-la-carte menu.

We figured out that “top-neck” clams offer a larger clam than a little-neck, which we liked, but they were drowned in a heavily-spiced chorizo and pepper-laced red sauce, while the 3 spring rolls also packed a spicy kick. 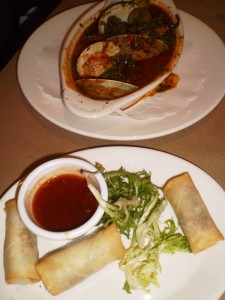 The gumbo didn’t rival what she’s had in New Orleans, but was just the right ratio of rice to fish. Her dish was served first, as I was mistakenly brought out a seafood salad. After some wait, my salmon dish finally arrived, plated on a bed of asparagus and mashed potatoes, topped with a béarnaise sauce, which was an extraordinary touch to this otherwise ordinary dish. 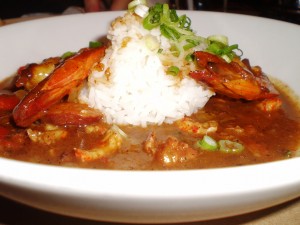 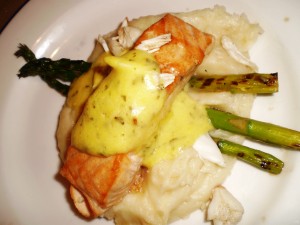 But thank God for the Lobster Mac & Cheese! Brought out on the runny-side, once it sat for a few minutes (as we waited and waited for spoons), the sauce thickened into a creamy consistency. It was the only dish we finished in its entirety, scraping the actual bowl, wishing there was just a little bit more…but be prepared to be sticker-shocked – it’ll cost you $16 (which isn’t noted on the menu). 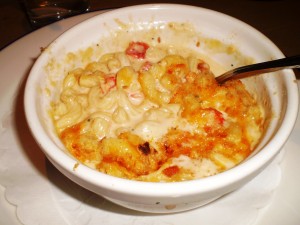 And yes! I finally was able to order a cup of coffee, which was my second best part of the meal. Cappucinos were served in homely generously-sized mugs, savoring our last drops. Half-way through, our desserts finally came out (after we had to ask for them). We shared banana cream pie and key lime pie. Both custards were very tasty and for my first time trying key lime, it was exactly what I expected it to taste like – tangy, with a definite good crust on it. 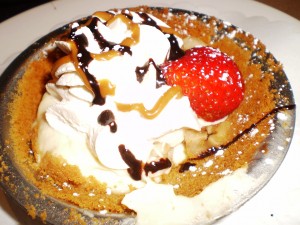 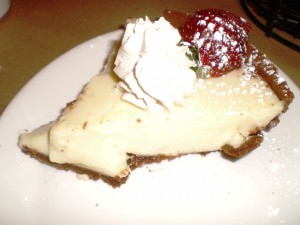 I would certainly give Morgan’s another go. They have lots of great choices on their regular dinner menu that I wished would have been offered during Restaurant Week. Hopefully, they’ll make some new additions next time around, and lesson learned to not attempt a Friday night during Lent.

I hope you’ve all enjoyed HVRW as much as I have!  Thanks for reading, and now my diet starts…happy eating everyone!

The 411 on Morgans Fish House.