Hey everyone it’s Angela Rivera again. I’m bumbed restaurant week is over, but if you went to Don Coqui, you definitely got a deal.  The amount of food they gave you was insane.

The appetizers and desserts were serves family style.  We had an array of food including calamari, empanadas in all different flavors (chicken, beef, pork and shrimp). There was a heaping pile of chicharones de pollo (fried chicken chunks) and deep-fried pork.  All served with an incredible dipping sauce. 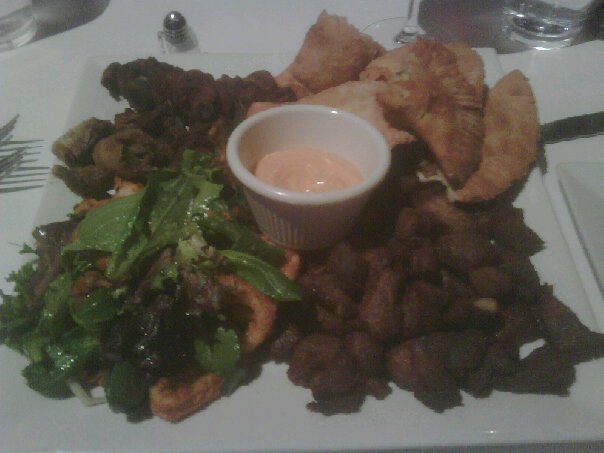 And we had  platter of tostones topped with shrimp, shredded pork and steak. 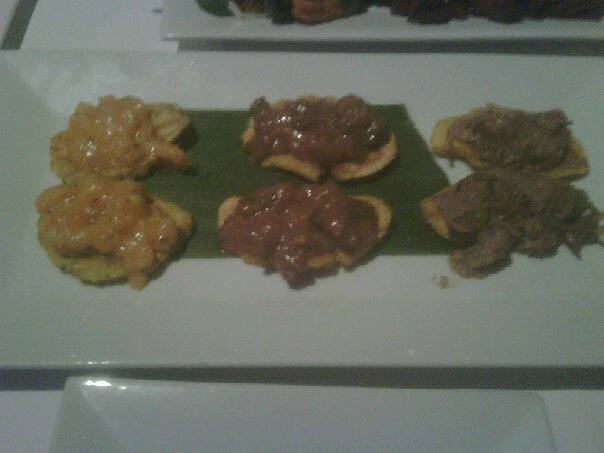 Pernil — a roasted pork with spices — was my main dish. It could have fed a family of four! It was spiced just right.  I love pork skin even though I know it’s terrible for you but this one you could not resist.

For dessert we had all three desserts brought to the table: coconut rice pudding, traditional flan and this incredible tres leches cake: 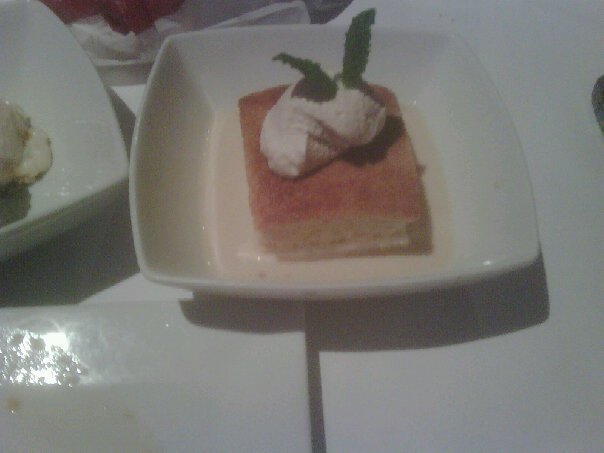 The ambiance is great there you really feel like your in downtown Manhattan.

As we were leaving, a live band took the state. Too bad I had to leave so soon.  The place already started livening up with people dancing by the bar and enjoying their cocktails. Speaking of cocktails — I tried a coconut mojito.Next time i’mtrying the pineapple one! 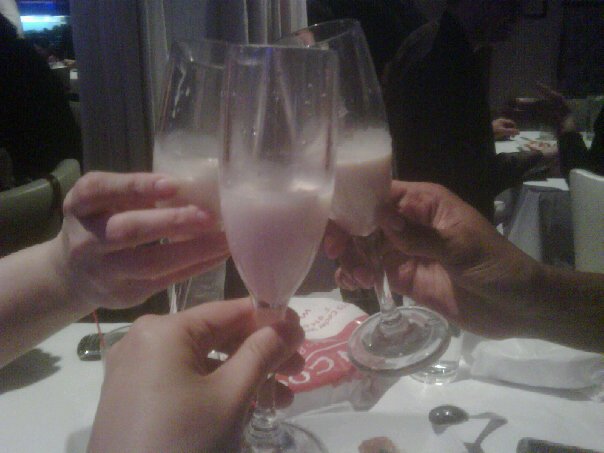 And if all that wasn’t emough we ended the night with coquito on the house.  For those who don’t now, it’s like an egg nog, made with cream of coconut and condensed milk. To all my Latin people out there — you know that’s usually a treat you get only during the holidays but, we ended our restaurant week with that!