People are reading
You are at:Home»Restaurants»Opus 465 in Armonk: Hudson Valley Restaurant Week 2011

Hi. Victor and Nella Carosi, reporting from Opus 465 in Armonk. We arrived promptly for our 7 p.m. reservation.  Parking was a little tight, but we found a spot at a lot nearby.  The restaurant was warm and welcoming and we were happily greeted by the hostess.  The restaurant was at one time someone’s beautiful home.  The bar was to the right with a small dining area.  The hostess mentioned a musician would be playing guitar music later in the evening and asked if we would prefer a table upstairs.  We chose the upstairs.

The upstairs dining room was warm, cozy and comfortable.  We were seated at a table for four.   Several alcoves allowed for a more intimate setting if you wanted. The staff was attentive, but the waiter seemed rushed – not quite polished with his craft.  The pre-fix menu selections were good with several appealing choices.

We chose the Blue Apple Salad and a soup sampler, perfect if you have difficulty choosing.

The salad was tasty with lots of crisp, tart apples and candied walnuts. 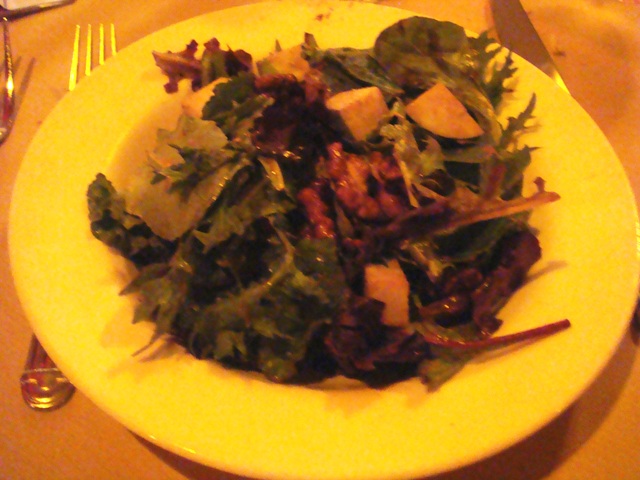 Per request, the blue cheese topping was omitted from the salad.

The three soup sampler included Lentil, Cream of Broccoli, and a Crab Chowder. 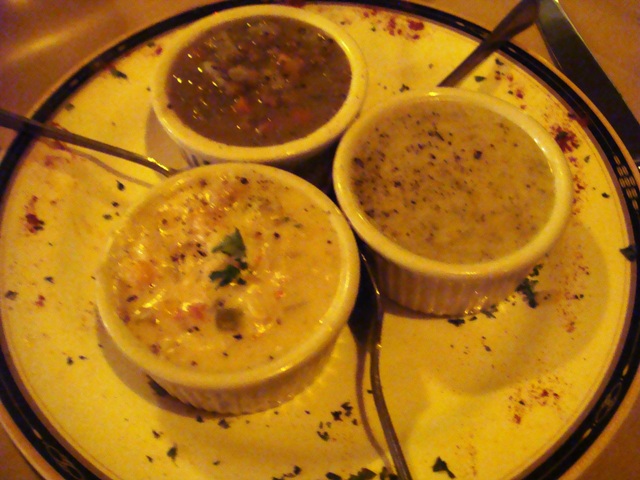 Why have one when you can try three?

The soups were all a little salty for my taste. The Lentil soup missed a few lentils and was dominated by the overpowering flavor of onion.  The chowder was very good. It was flavorful with good mix of crab chunks.

For our main courses, we ordered the Asian Fusion — a sesame encrusted salmon over an arugula salad bed  — and the Chicken Scarpiello.  The Asian Fusion salmon was an interesting mix with the hot cooked salmon served over a cool salad of arugula. 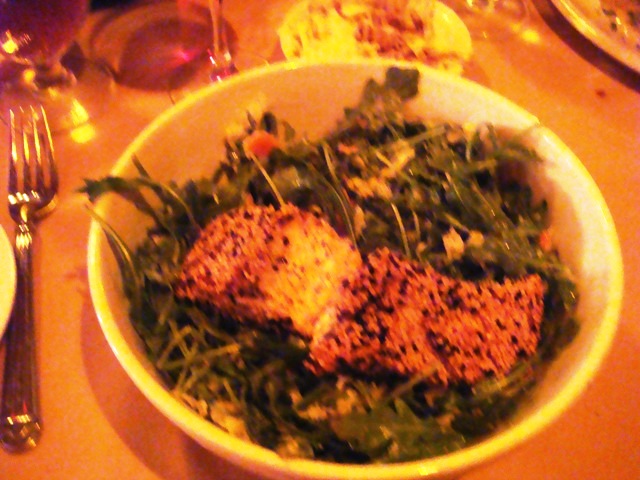 The salmon was cooked well. The sesame crust was crispy and the salmon very tender and moist. I especially liked the cashews in the salad. They were a good compliment to the salmon and not something I had had before with salmon.

The Chicken Scarpiello was pretty spicy. 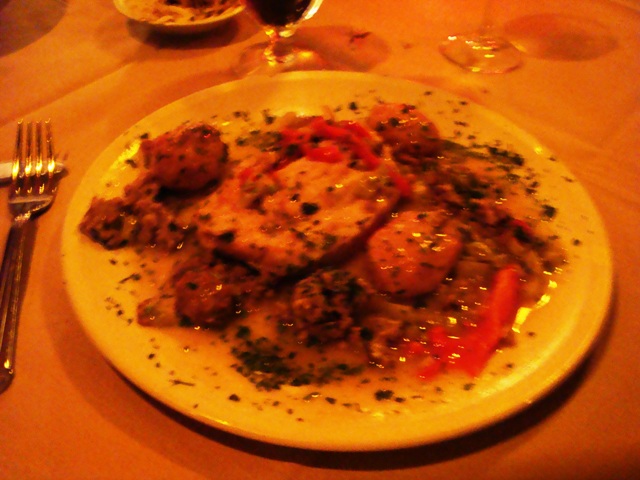 The hot peppers were unexpected in the dish.  If you like hot peppers then go with this dish.  They were definitely spicy hot.  It was served with potatoes and sausage.  Overall, the dish was tasty and cooked to perfection.  I would order this again, but would request, for my taste, not to include hot peppers.

The main meals were satisfying.  The atmosphere allowed for a relaxed dinner with few distractions in the restaurant.  We enjoyed the meal and a few glasses of wine as well.  We probably would have skipped the dessert, but as it was a pre-fixe and we are blogging for LoHud we pressed on.

The dessert selection was simple with basic comfort type food deserts.  We chose the Ice cream sandwich and S’mores.  When they arrived, we were quite surprised! 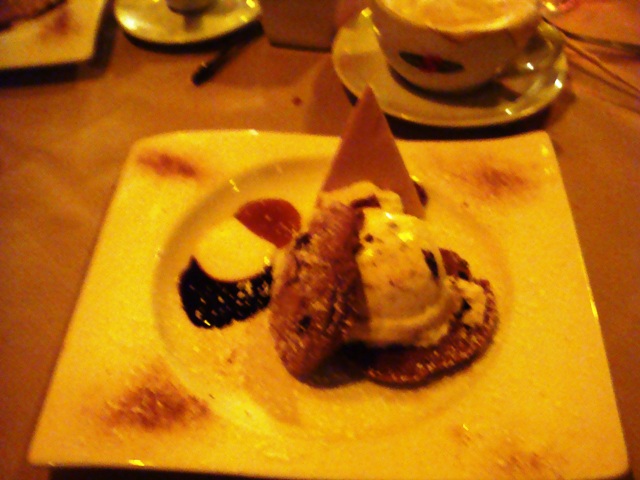 The ice cream sandwich was actually a generous scoop of good ice cream nestled between two very tasty homemade chocolate chip cookies.  It was served artfully with a light pastry over some whipped cream, and a small dipping of chocolate, caramel, and vanilla syrups. 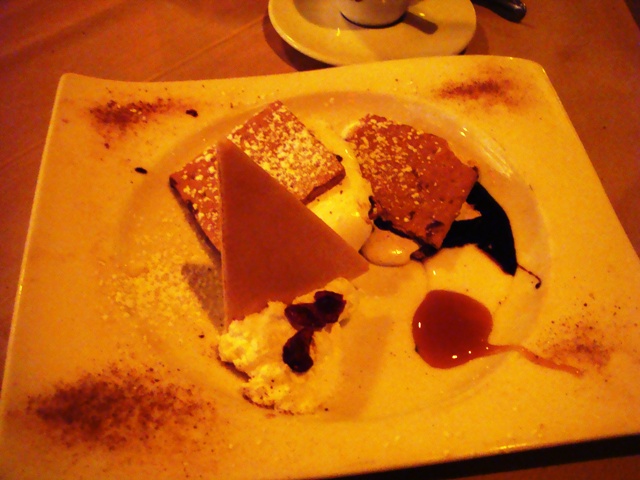 Well, this presented a first – s’mores in a restaurant.  I can honestly say I have never seen or ordered smores for desert in a restaurant before.   It was surprisingly well done! Such a simple dessert but nicely presented with that dipping of chocolate, vanilla and caramel sauces.