Hi Rachel Seebacher here again. But for its massive sign, Niko’s Greek Taverna is inconspicuous, a small restaurant on Route 100 in White Plains wedged between a Korean BBQ and a Ceramics store. All parking appeared to be streetside, metered parking, but at the time of our 6:30 reservation there appeared to be plenty of it. Inside, Niko’s seems a much bigger place. The dining room is medium sized, featuring a large, full bar and permeated with wafting aromas of delicious Greek food. We ordered a carafe of Retsina – a greek white, resinated wine flavored with Aleppo pine resin – and sat back to peruse the Restaurant week offerings.

Niko’s restaurant week menu was concise, offering classic greek appetizers, entrees and desserts. However, what the menu lacked in variety, it made up for it in portion size and flavor. 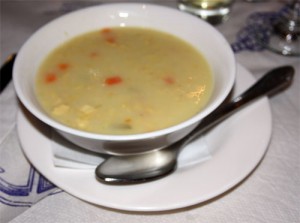 Our entire party of five ordered the Avgolemono soup appetizer. This classic Greek treat did not disappoint. The soup was creamy, laden with chunked chicken, carrots and rice. The tartness of the lemon was perfectly balanced by the egg broth. 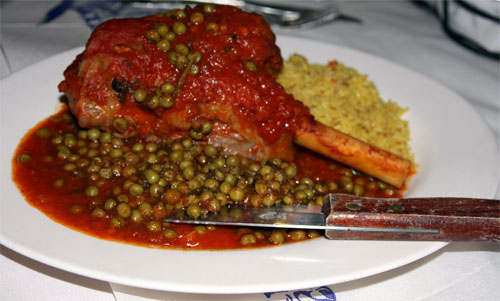 The first of the entrée offerings was a Colorado lamb shank, braised in tomato sauce and served with peas and rice. While the lamb was tender and a perfect texture, falling off the shank without becoming mushy, it surprisingly took a backseat flavor-wise to the peas! These peas were unlike anything I’ve ever tasted – and generally I absolutely detest peas. They were perfectly cooked, moist, not at all mushy, and flavored with cinnamon and nutmeg. These flavors, usually associated with dessert, took on an entirely different role in the context of peas and lamb, forked up with rice richly saturated in the tomato braising liquid. 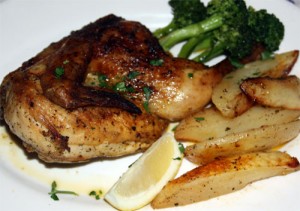 Another of the entrée offerings was a half roasted chicken, marinated with fresh herbs and garlic, roasted and served with oven roasted potatoes and broccoli. The chicken was moist and well seasoned, with perfectly crispy skin, adorned with crispy herbs and flakes of salt. Alongside the chicken sat some of the more delicious potatoes that I’d eaten all week. They were crispy on the outside, moist on the inside, and mildly flavored with oregano and lemon. 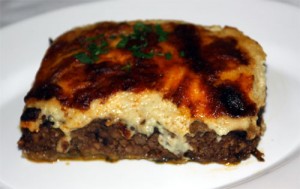 The final entrée offering was a classic mousaka, layers of ground beef, eggplant, zucchini and potatoes topped with a generous layer of béchamel cream sauce. The ground beef was savory and rich, the richness of which was balanced by the sweet layers of eggplant and creamy béchamel sauce. 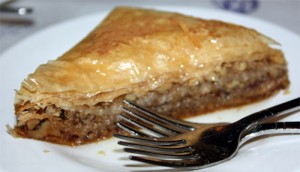 The Baklava was easily my favorite of the three desserts. It was the least sweet of the three, served warm, and rich with cinnamon and nuts. 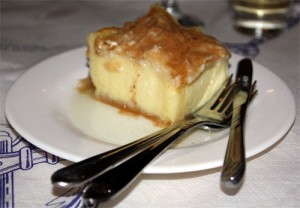 The Galaktobouriko a custard pastry, made with phyllo dough, soaked in honey, and dusted with cinnamon. It was mild, sharing a texture similar to Italian cheesecake. 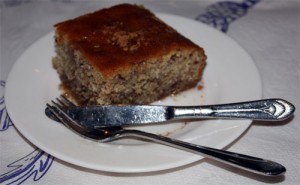 The Karidopita was a sweet, honey-soaked walnut bread. It was light and spongy, and festooned with chunks of walnuts.

Niko’s offers flavorful Greek dining in a casual setting. Do not be fooled by its inconspicuous location, as its large portions and friendly wait-staff will make your trip worthwhile.