People are reading
You are at:Home»Restaurants»Tarry Tavern in Tarrytown: Hudson Valley Restaurant Week 2011

Hi again, Juliana Taube back from a meal from Tarry Tavern, feeling satisfied! I have eaten at most restaurants in Tarrytown, but had yet to make it here. I went with my boyfriend, Dennis. Our reservation was at 8, but we got there at 7:20 and they were able to seat us in a lovely table by the window. We were probably the youngest couple in there by at least 10 years which worried me a bit; thinking maybe the restaurant was outdated? I always thought the restaurant looked small from the outside, but I was impressed with the nice size; giving the inside a rustic but modern feeling. There was wood paneling everywhere, with traces of Americana. When we were seated, we were not initially given a restaurant week menu, and I had to ask for it; a bit frustrating. For drinks I enjoyed a great Portuguese red wine and my boyfriend got Killians on tap.

There were about 6 selections for each course and so many items appealed to me. I decided on the Roasted Beets and Mache Salad with candied pistachios, goat cheese, and raisin puree. My boyfriend ordered the Tavern Greens; mesculun salad with a sherry vinaigrette. The beets were presented beautifully, both red and golden beets on the plate. One half of the dish had goat cheese underneath the beets and the other had the raisin puree. I enjoy golden beets more than red ones, and wish more were given on the plate. The real star of the dish was the candied pistachios. They gave an amazing crunch and sweetness to the dish. The salad was pretty simple with just mesculun and a tomato, but my boyfriend said the dressing was excellent.

I was really torn about what to get for my main meal, as so many items looked wonderful. I ended up ordering the TT Wagyu Burger, as the Bacon-Onion Jam totally sold me on the dish. I normally don’t eat the buns that burgers come on, because I really like to taste the flavor of the meat. The meat had a great texture and flavor and the bacon-onion jam covered in melted white cheddar gave the burger a little something extra and special! 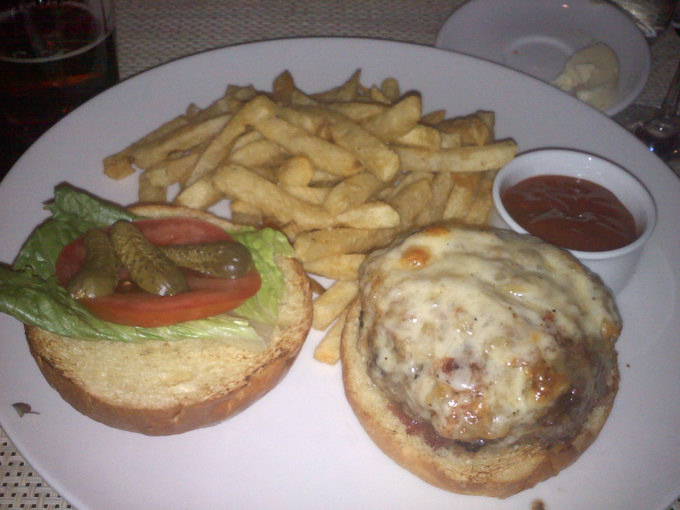 The hand cut fries were ok. I enjoy softer fries, while these were more crispy. Dennis ordered the venison which came with a chestnut puree, kale, and a starch. Dennis asked for brussel sprouts instead of the starch which they happily substituted. This was only the second time for both of us eating venison, and we both really enjoyed it. It is not for the faint of heart as it has a very gamy taste, similar to liver in a lot of ways. The veggies were cooked really nicely, and the chestnut puree was delicious to dip the venison in. 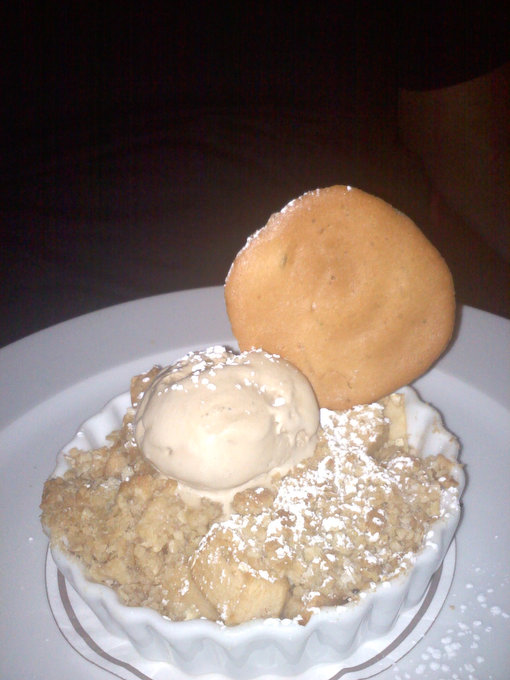 We are huge lovers of apple desserts, and this dish did not disappoint. The crumb was wonderful, and the best part was there were large chunks of apples so that you could actually taste the fruit! I am not a huge chocolate dessert person, so when I saw a chocolate bread pudding, I thought it would be overwhelmingly chocolate. 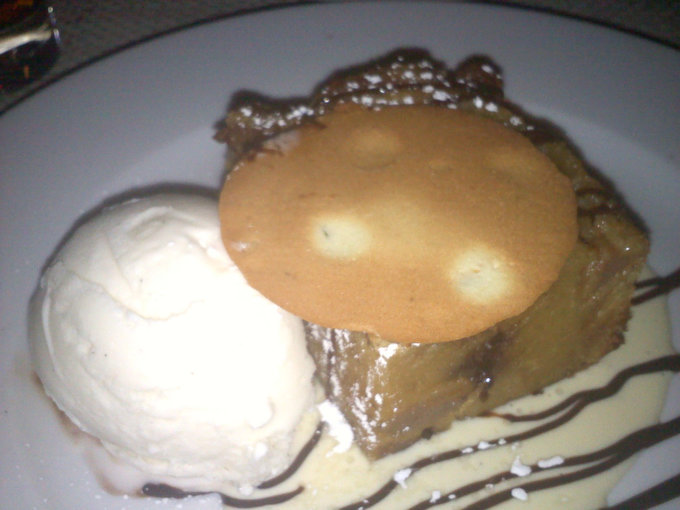 Tarry Tavern definitely is not outdated. The food was classic with a modern twist and the service was attentive (our water glasses were always filled)! I was pleasantly surprised.