People are reading
You are at:Home»Restaurants»Better Wine By the Glass, Finally!

Used to be those were the only choices when it came to wines by the glass around here. Unless, of course, you count their counterparts in red: merlot and cabernet. 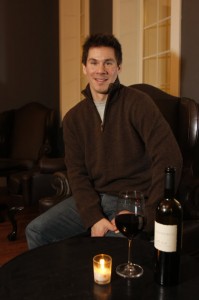 You know how these wines are served, too: poured from a big bottle into a tiny glass, overfilled to the brim. You were lucky if you happen upon one that wasn’t too hot or too cold. Count it a miracle if it actually tastes good.

“Sugar water!” laughs Craig Muraszewski, right, the owner of the just-opened Vintage 1891 in Larchmont, which has 25 wines by the glass on its list, from a chenin blanc from Vouvray, in France, to a rose from the North Fork of Long Island.

Not anymore. Things are changing. Vintage 1891 is one of three new wine bars that have opened in the past year or so, complementing a few of our old favorites. And while we have always been able to find better wine at fancy restaurants, today, even casual spots are putting a real effort into their wine lists.

We’ve found an obscure Basque wine at Cafe Barcel in Nyack and a favorite pinot gris from Washington state at Harper’s in Dobbs Ferry. And we love that Arrosto in Port Chester features 22 wines by the glass — lots of them Italian — and you can order them in a glass or a 500-milliliter carafe.

But perhaps the most surprising — and welcome —new development on the wine scene is that the owners of Haiku, the popular Pan-Asian mini-chain, have started a bona fide wine program with a trained sommelier selecting a list of biodynamic, organic and sustainable wines, all fit for everything from sushi to spicy noodles. It’s unusual to find a variety of sakes at a Pan Asian restaurant, much less a hand-curated wine list. 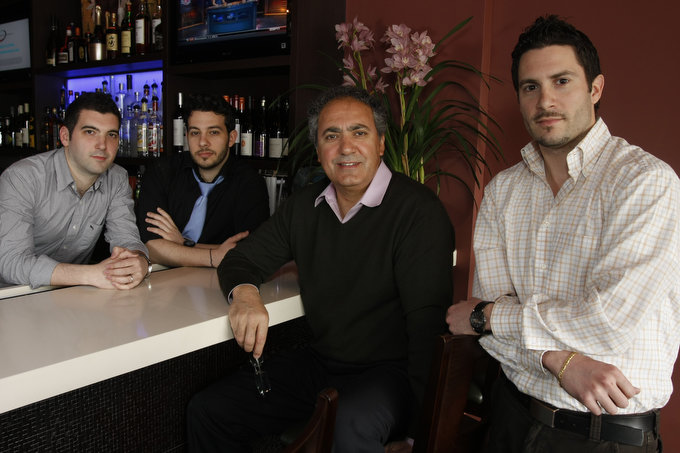 “The whole idea behind the wine program was to do it a little differently,” says Randall Restiano, the new wine director, who studied at the Sommelier Society of America and worked at L’Impero in Manhattan, Zuppa in Yonkers and Boca di Lupo in London. “We wanted to do something that was going to stick out in people’s minds.”

The list certainly is memorable. A grid is printed on the menu, organized by flavor and style, with bottles falling under such categories as “minerals: crisp and dry” and “butters: rich and toasty.” (Click here to see a PDF of the Haiku wine list.) 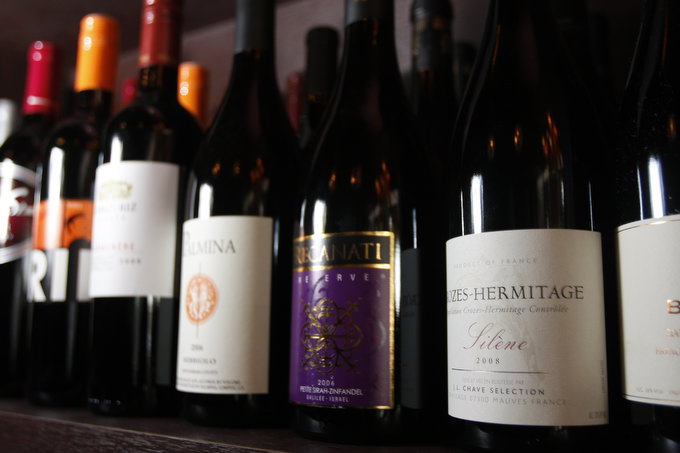 The wines themselves are subtle, what Restiano calls traditional — meaning they’re old world, or European, in style (even if they’re not from Europe). And the wines complement the Asian menu, where, he says, “even the steak dishes are delicate.”

He wants customers drinking wine to have a fun, casual experience. “I want wine to be taken like beer,” he says. So when you order a bottle of wine, the server brings it, pours it and leaves it on the table for you to enjoy.

“There’s no big to-do about it,” says Restiano.

The big to-do is what inspired Muraszewski to open Vintage 1891, named for the year Larchmont was incorporated as a village. He was sick of pomp — and tired of getting funny looks from servers if he wanted to split an entree or order a couple of appetizers. So his new wine bar, which opened in March, offers a menu of just one page — no appetizers, no entrees. Instead, you’ll find snacks, salads and crostini, such as the one with fresh ricotta cheese, lemon zest and local honey, and a few larger plates, such as fettuccine with braised lamb ragout and an all day-braised short rib. 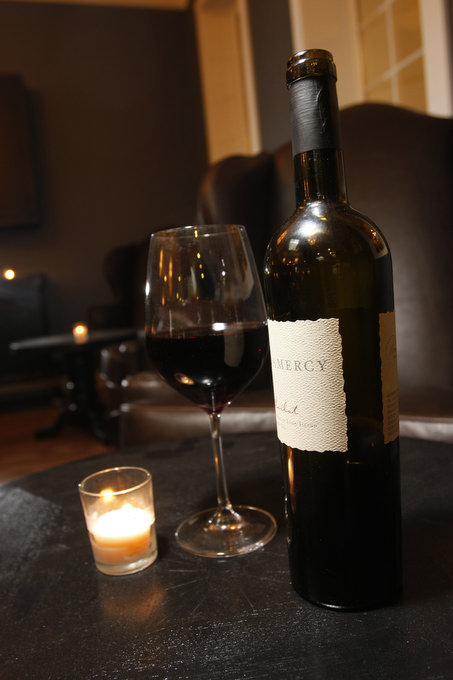 And his wine list? Just as simple, with 25 wines by the glass, offered in 3-ounce or 6-ounce pours. He arranged the list by the kind of grape, so people know exactly what they’re ordering.

“My philosophy is to take some of the mystery and some of the confusion out of ordering wine,” he says.

He gets a lot of young professionals, he says, who enjoy the mix of classic rock and roll and funky jazz he plays in the background. “I’m keeping it fun and funky,” he says.

The crowd at Bouchon, a new wine bar that opened in Pleasantville in January, is a little older, says owner Paul Paljevic. “It’s people just enjoying wine and cheese, and getting together before or after the movies,” he says. 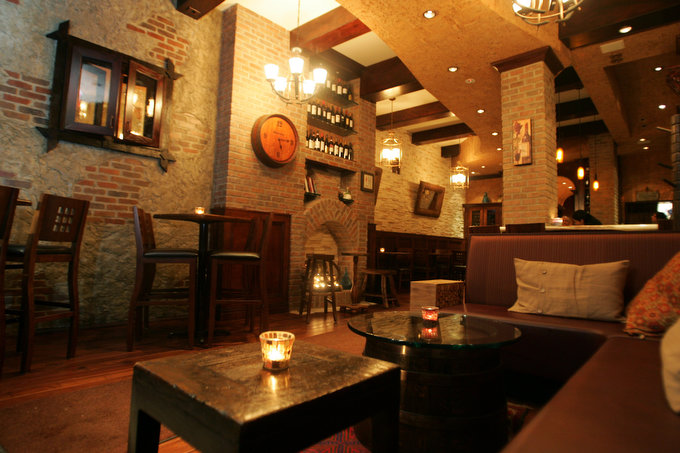 The narrow room is definitely upscale, with a sectional couch right up front, perfect for that girls’ night out. There are also scattered high tops and regular tables along one side, with a bar on the other, and a back room with couches and chairs.

“We try to create the ambiance,” says Paljevic. “It’s mostly socializing — something totally different from around here, but what we’ve been having in Europe for quite a bit now.” (He’s from Montenegro.)

The menu is compact, with sandwiches and salads, and the wine list, while not encyclopedic, has a nice sampling of wines from California to Portugal, Spain to Argentina and Italy. There are about two dozen by the glass, along with half bottles and bottles.

The wine list at Bin 41 in Pearl River, which opened in March 2010, is similarly sized. All of the 25 or so wines are available by the glass or the bottle. There’s a long bar — often full on the weekends — and a few tables that run alongside it. Lots of flickering votives set a wine-bar mood.

Every selection on the menu comes with a concise and well-written description, so you know what to expect before you even take your first sip. 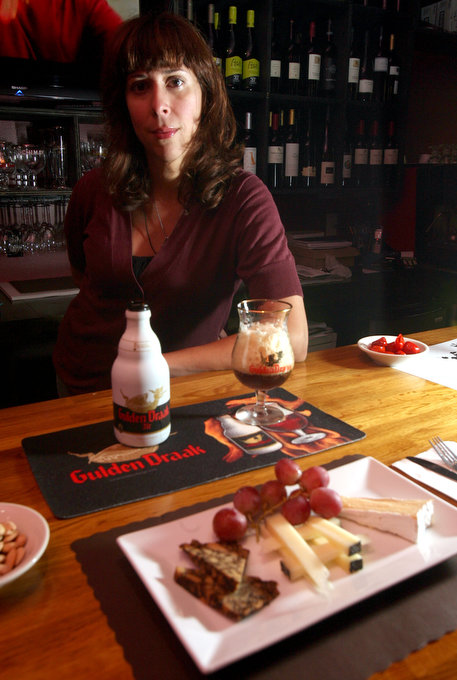 And those who still might want a pinot grigio or a chardonnay? They’ll still be able to find those wines — even at these new places. It’s just that now, the wines will be sophisticated — not sugar water.