People are reading
You are at:Home»Bakeries»Competitive Eating at S & B Bagels and Deli in Bronxville

We all know breakfast is the most important meal of the day, but we always seem to have an excuse why we don’t have time to eat it. Which is one reason why S & B Bagels and Deli is offering a food challenge called the “Goliath Breakfast Burrito Challenge.” 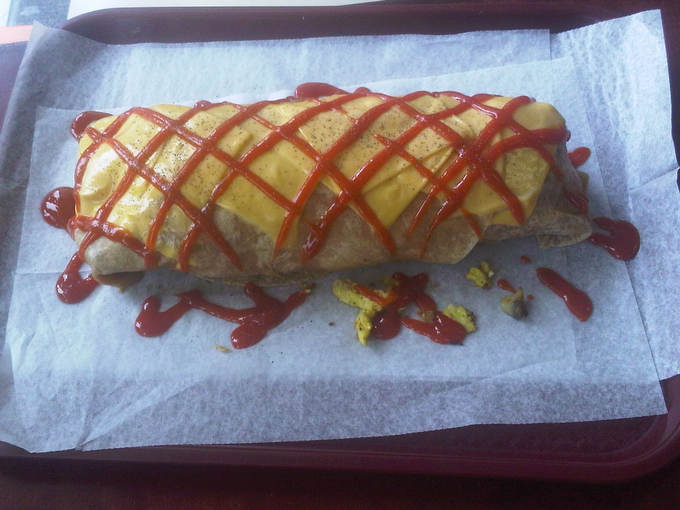 Owners Monte and Ben Bruckenthal got the idea from the Travel Channel’s “Man v. Food,” where the host travels all over the country to diners, restaurants and delis, attempting to complete food challenges that the establishment offers. Monte and Ben simply see this as a fun way to engage the community and introduce them to their store, which also sells more manageable meals, such as assorted bagel flavors, egg sandwiches (with one egg), muffins, deli sandwiches and daily hot food specials.

So far, one brave soul attempted — but failed — to consume the 3.64-pound massive burrito. Those who participate, be they victors or losers, will have their picture taken and hung up in the store for all to see. Winners will receive a certificate stating they have completed the challenge and are entitled to one free breakfast sandwich or wrap of their choice along with claiming the title of “King David.” Winners also do not have to pay for the $26.99 (plus tax) burrito. Losers, on the other hand, must pay, but are allowed to take the rest home.