I bet I cook this smoked chicken every other week in the summer. You start with a brine, then butterfly (or spatchcock, which is the technical term) the chicken by removing the backbone. Then cook over indirect heat for 1 hour. This is a great dish to do for a party because you really can “set it and forget it.” You don’t have to keep checking the grill and worrying the chickens — they’ll be fine on their own. Try it as part of this All-Local Dinner Party Menu. 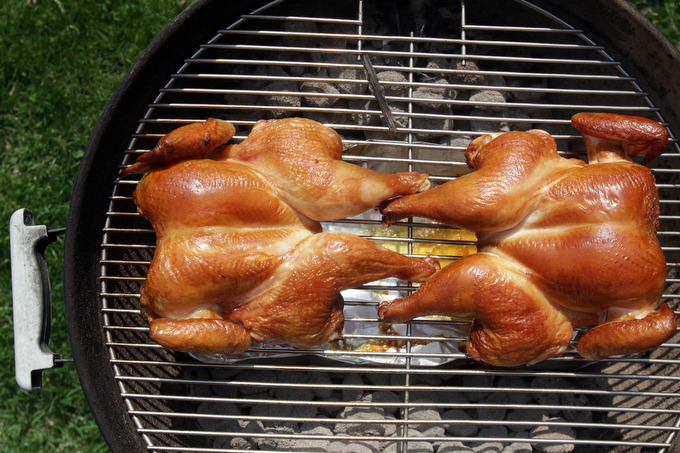