People are reading
You are at:Home»Drinks»Beer»Here’s to Great Beer: Check Out These New Spots for Craft Beer in the Lower Hudson Valley

My story from last week’s food section, in case you missed it! 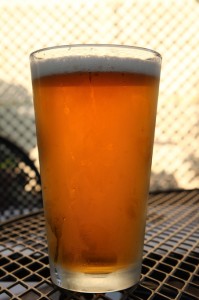 Nothing beats a cold beer to toast the end of summer. And lately, our choices for such a toast have gone way beyond the six-pack you find in the grocery store cooler.

Indeed, in the past few months, local beer lovers have seen a lot to get excited about. A new shop devoted to beer opened in Croton; a beverage center in Montrose started stocking growlers; and a beer garden opened in Peekskill. Add to that the fact that Captain Lawrence Brewing Company will be making the move from Pleasantville to a larger space in Elmsford by the end of the year, and there’s a brand-new ale house opening in Thornwood, and we think the beer scene is really coming into its own.

DeCicco’s, the grocery store with outlets from Rockland to Putnam, carries growlers — those refillable 64-ounce heavy glass jugs that you fill with craft beer and take home with you — in three of its stores: Ardsley, Brewster and the just-opened Cross River. Growlers will available in the Pelham location sometime in the fall.

DeCicco’s will offer a dozen beer lines in Ardsley and Brewster and eight in Cross River featuring local craft brews, among others, Captain Lawrence and Defiant in Pearl River.

“Anybody in New York — we’ve got them,” says owner Chris DeCicco. He says the grocery has been known for its beer selection, so stocking local brews on tap was a no-brainer.

“A big part of it is that the local beers aren’t available in bottles, so we want to be able to offer it in growlers,”?he says. “At first, people had no concept of what it was — they’re catching on a lot more now.”

Captain Lawrence owner and brewmaster Scott Vaccaro says customers have been clamoring for his pumpkin ale, which will be out next week. It is his biggest selling seasonal beer. It’s made with real pumpkins and pumpkin spices — and it’s very drinkable with just 5 percent alcohol.

Maybe that’s your brew of choice? Or maybe you’ll find one at these new spots on the beer scene.

The Sisto family — Karla Sisto, Mark Sisto, John Sisto and Danielle Noga-Sisto — have renovated the former Johnny’s in Thornwood, changing the color scheme to brick red and golden brown, but keeping those two great patios. They hope to open their brand-new ale house with a late-night menu and a big selection of beers sometime next week. There will be 60 different bottled brews and eight beers on tap, including craft beers such as Captain Lawrence and Defiant. 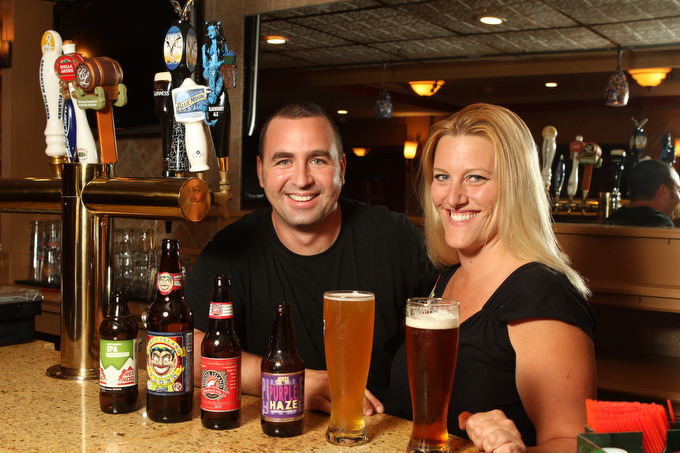 The menu, by chef Denis Viera, who formerly cooked at Harpoon Bay in Warwick, N.Y., includes twists on classic pub food. His spinach dip, for example, is flavored with white truffle and Mexican cheese, and his chili is made with venison and black beans. Don’t worry, the menu also has straightforward food, like sliders, hand-cut fries and even milkshakes. Wait? Milkshakes? Yes — Karla Sisto says she hopes to appeal to families as well as the late-night crowd. There will even be a milkshake happy hour. “I hope it’s a place for everybody to come and enjoy themselves,” she says. “We’re keeping the prices down and the quality up. I want families in here, softball teams in here. I want everybody to come and feel like this is their place.”

More, including The Green Growler in Croton, Montrose Beer & Soda and Birdsall House, after the jump.

This new shop in Croton celebrates everything beer, from beer candy to beer soap to beer shampoo (yes, these things do exist). Owner Seana O’Callaghan also sells homebrew supplies and complete starter kits for anyone who wants to make their own beer at home — and we can’t forget about the shop’s selection of snacks and hot sauces that people tend to enjoy with beer. But what about actual beer, you ask? Of course. The Green Growler serves craft beer such as Smuttynose Big A IPA, Left Hand Brewing’s Saw Tooth Ale and Oskar Blues Dale’s Pale Ale in growlers. “I tried to think about what was the most fun business I could start,” says O’Callaghan. “And what I came up with was beer.”

Growlers have arrived at Montrose Beer and Soda. “It seemed like the latest trend … and not too many people in this area are doing this,” says owner Bill Peters. Montrose Beer and Soda now offers eight lines of mostly New York microbrews, including Captain Lawrence from Pleasantville, Defiant Brewery from Pearl River and Sixpoint Brewery from Brooklyn. A growler filled with beer costs from $9.99 to $12.99. If you want to buy the growler without the beer, Peters will sell it to you for $3.99. You also can bring in your own growlers.

Birdsall is already known for its craft beer selection. After all, owners Tim Reinke and John Sharp are also owners of the venerable Blind Tiger Ale House in Manhattan, a mecca for craft beer lovers. But Birdsall made good use of some unused outdoor space this summer when it added seating, lights and a bit of shrubbery to create a pleasant patio space. The owners call it the beer garden, which makes perfect sense.

Order a craft beer or nibble on dishes from the restaurant’s extensive menu. (Birdsall House also serves lunch, dinner and Sunday brunch prepared with locally sourced ingredients.) The beer garden, which is open daily during business hours, seems to be a hit with patrons so far. “Had dinner out there last night and it was awesome,” one delighted diner wrote on Birdsall House’s Facebook page.

Latoya West contributed to this report.