People are reading
You are at:Home»Restaurants»Westchester Burger Company Arrives in Rye Brook

So, it looks like Westchester Burger Co has set up another link in their chain. Less than two years ago, the company opened in White Plains, and now the company has taken over what used to be Frank’s Steakhouse in Rye Brook. Truth be told, the restaurant feels more like a steakhouse than a burger joint–until of course, you look at the menu, which has 20 burgers to choose from. It’s a little overwhelming.

My friend and I weeded through the offerings, which included everything from The Original WBC Burger (a beef burger with smoked mozzarella, tomatoes, frisee, pickles, and wbc sauce–a mayo concoction) to The Train Wreck ( a buffalo style burger with fizzled onions, watercress, and blue cheese), but ultimately we decided on The Tex-Mex Burger, which comes with guacomole, salsa and crunchy tortillas. It looks like this: 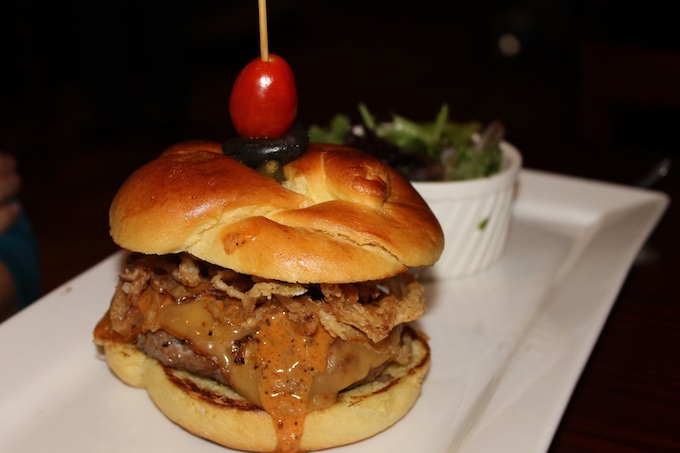 My friend orders her with salads to save on calories. But really, what’s the point?

I ordered the Balboa, which comes with fizzled onions, Swiss cheese, and bacon. It didn’t really need the bacon. 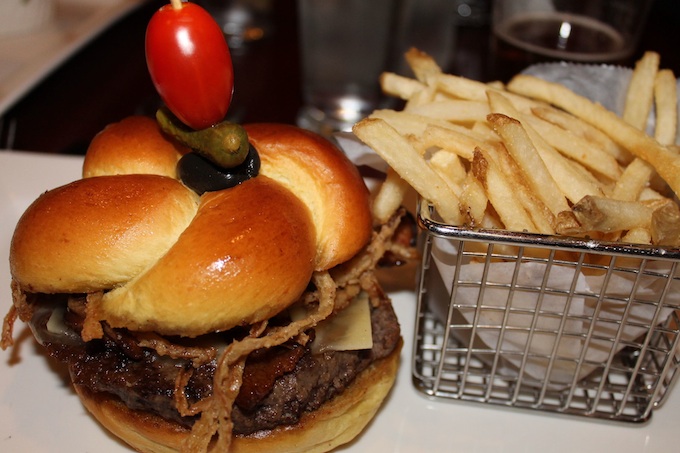 And it came with a cute little basket of fries (though they could have been a little more fried). But I love the look.

The restaurant is big, with lots of flat-screens, so getting a last-minute table shouldn’t be hard. But then you never know–I mean, Westchester residents really do seem to love burgers!

Westchester Burger Co’s new address in Rye Brook is 275 S. Ridge Street, Rye Brook. Call them at 914-305-6095, or visit: westchesterburger.com. And in case, you missed the opening in White Plains, click below.

Here’s the 411 on Westchester Burger Co. in White Plains.