People are reading
You are at:Home»Restaurants»Celery Root Soup at Restaurant North in Armonk

On this winter day, we’re looking back at a story about must-try soups. Here’s one in Armonk.

Where to get it: Restaurant North, Armonk 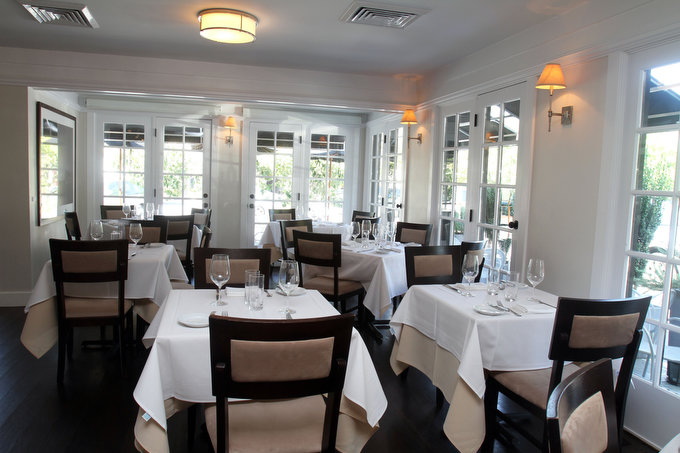 Story behind it: “My sous chef has worked for me for a long time,” says Restaurant North Executive Chef and part-owner Eric Gabrynowicz. “He gets me. He knows what’s going on in my head. In December, we didn’t have a soup on the menu. We were brainstorming about it one day. Finally, I said, ‘Stop! Iron chef soup. Go!’ ” laughs Gabrynowicz. Basically, the idea was that they both had to come up with a soup that could be on the menu for dinner that very night. “My partner Stephen Mancini judged our soups and picked the winner. His celery root soup won.” Originally, the soup came on the menu topped with candied pecans, but then they wanted to “elegant it up.” Now the soup is topped with Sturgeon caviar and Jerusalem artichokes. “We thought the earthiness of the celery root would play off the saltiness of the caviar. The challenge of winter is trying to find creative fun ways to make people eat root vegetables 30 different ways,” says Gabrynowicz.

Ingredients: The soup is super simple, says Gabrynowicz. It’s onions, celery roots, apple cider, water. Then it’s topped with Sturgeon caviar and Jerusalem artichokes. There’s no stock, so no other vegetables interfere with the taste of the celery root.

Why we love it: It’s a delicious and interesting way to eat seasonally at a time of year when it’s hard to stay faithful to locally grown foods. Plus, it tastes so good — we love the hints of apple cider. And the more Jerusalem artichoke chips, the better!

Great for: An inexpensive, gourmet, seasonal lunch. The soup is part of the $25 three-course, prix-fixe menu at North. It’s also a great starter to dinner.

Also at Restaurant North: Farm-fresh dishes: You’ll find everything from rigatoni with a pork Bolognese to omelets to lobster to steak au poivre. Don’t miss the chocolate chip cookie skillet for dessert.

Grab a spoonful: The 411 on Restaurant North.