Say olé! Another Spanish tapas place is opening in Westchester.

Rafael Palomino, who has written five cookbooks and opened seven restaurants, including Sonora in Port Chester, has opened Bistro Latino in Tuckahoe in the former space of Main Street Cafe. His partner is Alexander Vanegas, Sonora’s general manager.

“Bistro Latino is a trip to a new place that exists somewhere between Latin America and Spain where tapas and Nuevo Latino food have met in a great fusion of styles and tastes,” Palomino said in a press release. “Alex and I are excited to be opening Bistro Latino, and felt that Tuckahoe, with its industrial past and diverse heritage, was the perfect place to open a restaurant for people who  hunger for new authentic flavors, and experiences in fine dining.”

The menu includes tapas, main courses, paellas, ceviches — all made with the bold Latin flavors that Palomino has become famous for. Here’s the Maine Lobster Paella with lobster, mussels, clams, scallops, shrimp and chorizo over saffron rice and topped with sofrito: 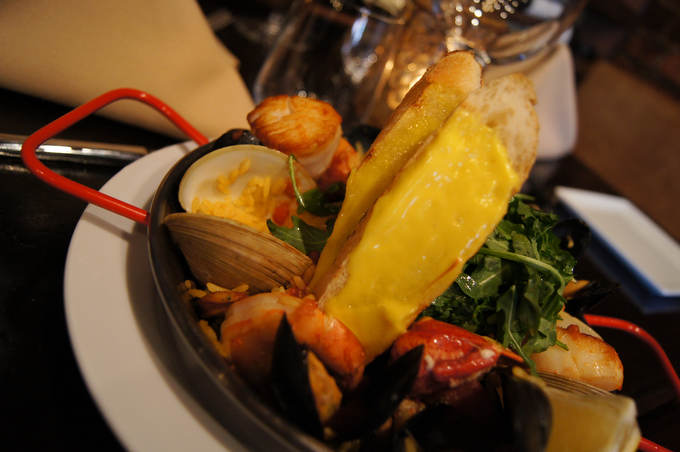 There are also coca, or Spanish pizzas, such as the De Satas, which has shiitake mushrooms, quinoa, manchego cheese and a chocolate balsamic glaze: 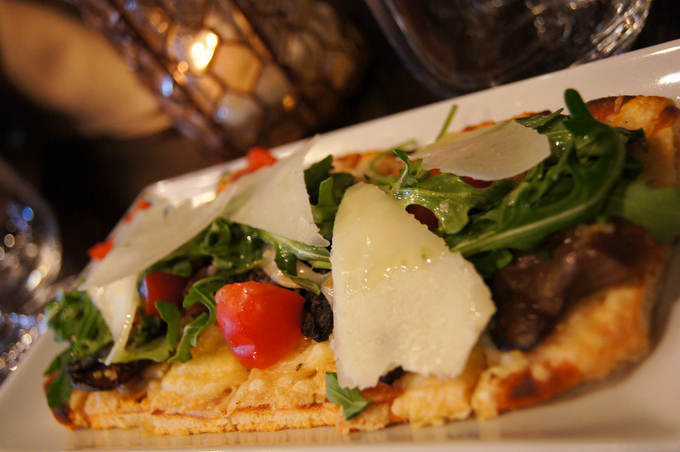 The restaurant has a “rustic Spanish chic” look, with salvaged architectural pieces, leather banquettes, glass tile mosaics and a wall of recycled wine bottles. Leslie Mueller, who has been featured in Elle Decor, was the designer.

The wine list focuses on Spain, and there are also microbrewed beers and several vareities of sangria.

The menu, after the jump.

Chorizo Imperial 6.95
from the free range black-footed (pata negra) pigs who feed from acorns. The nuttiness of the acorns comes through in the meat and fat.

Cantimpalo 5.95
From the village of Cantimpalos. Made with fresh rosemary, garlic, and smoked pimenton paprika to create its meaty and smoky flavor.

Traditional Jamon Serrano 8.95
Country ham with a lean, tender texture, comparable to prosciutto, cured in the mountains of Spain.

Rocal Sheep’s Milk 6.95
A hard sheep’s milk from Navarra region in Basque, Spain. The flavor is both buttery and nutty, both milky and a little grassy.

Tetilla Ninfas 8.95
Soft cheese made from cow’s milk with a mild tangy flavor, from the Galicia Region.

El Rebeco Valderon 6.95
Spanish Blue made from cow and goat’s milk. A rich creamy full flavored blue cheese that had been wrapped in sycamore leaves which contributes to its distinctive appearance and complex flavor.

Queso Mahon Curado Reservo Menorca 7.95
This cheese has a flaky, yet creamy texture with flavors of grass, butter, fruit, and sea salt.