People are reading
You are at:Home»Chefs»A New Chef and a (Sort of) New Look at Hudson House in Nyack

One of Rockland’s prettiest restaurants just got a facelift — and with it, a chef who’s revamping the menu, too.

The Hudson House of Nyack, the restaurant in the old village hall — complete with the former jail as its wine cellar — has plenty of history in its walls, but as anyone with an old house knows, that means upkeep. A stream that runs underneath the building had taken its toll, and owners Matt Hudson and Amy Lehman had to replace the giant old wooden beams supporting the sagging floor with new steel ones. 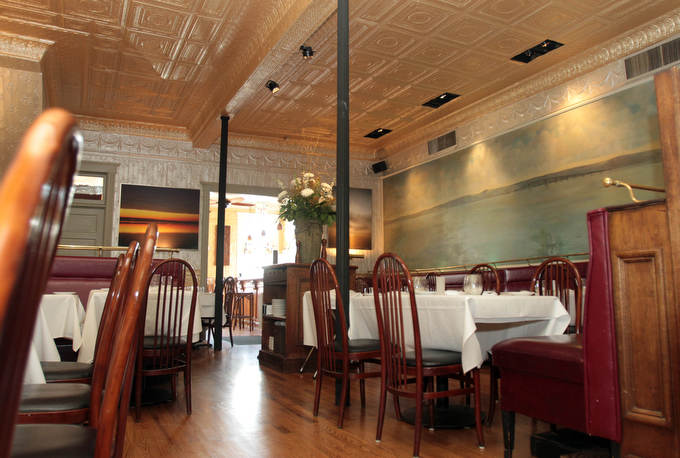 They had to close the downstairs to complete the renovations; in the meantime, they were serving in the upstairs dining room, which is usually reserved for private parties. The entire restaurant reopened last week. 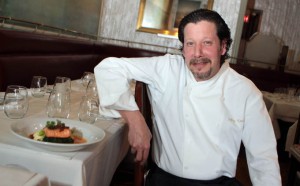 They didn’t change the look of the downstairs dining room — thank goodness; we love the red banquettes and that beautiful mural of the Hudson River — but they did install a new oak floor over those supports.

Also debuting is the new chef, Jeffrey Kaufman, right. This is Kaufman’s first executive chef position; he’s a Wesley Hills resident and graduate of the French Culinary Institute who worked for Peter X. Kelly of Restaurant X in Congers and Neil Ferguson of Monteverde in Cortlandt Manor.

He is updating the menu with fresh ideas and wants “to seek out the stuff that nobody else is doing.” A promising new dish he’s introducing is salmon with chorizo and potato espuma — or foam.

A smoked artic arctic char appetizer I tried a few weeks ago was out of this world, and fans of HH’s now-famous shrimp and grits need not worry: Kaufman is doing it justice. 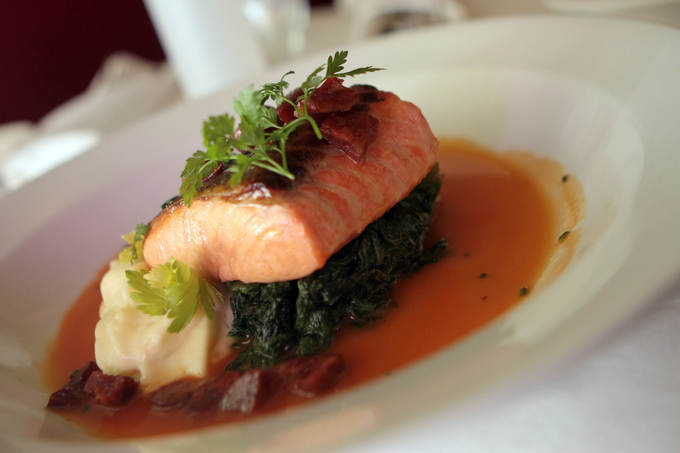 “I’ve been trying to get away from the same old formula, starch-vegetable-protein,” he says. “And I’d like to bring more local ingredients in.”