People are reading
You are at:Home»Restaurants»Oh, Oysters! Eating Oysters in (but not from!) Westchester

Linda Lombroso has this story in today’s food section:

If your Valentine’s Day dinner last night didn’t include any oysters on the half-shell, there’s no need to wait another year to enjoy a platter.

Nobody knows whether oysters really are aphrodisiacs. But oysters are so bountiful at Lower Hudson Valley restaurants, and often so reasonably priced, it certainly can’t hurt to give them a try. You can start with a handful as an appetizer, or order a dozen for dinner paired with a ice cold, steely glass of wine. 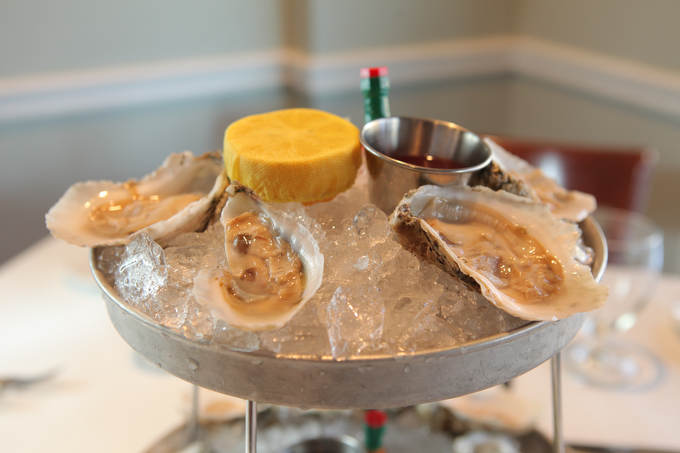 Oysters are bivalve mollusks, like clams, mussels and scallops. They go by many names, but there are only five different species, says Ben Conte, owner of Conte’s Fish Market in Mount Kisco. They take on different flavors depending on the waters in which they’re raised.

Brian Galvin, chef-owner of the Ocean House Oyster Bar & Grill in Croton-on-Hudson, likes the “salty-briny-oceany” flavor of East Coast oysters. His wife, Paula, prefers West Coast oysters, which tend to be plumper and often have a “cucumbery finish,” he says.

Those who’ve shied away from oysters for fear of their slimy texture or fishy taste can ease into the experience at Caffe Regatta Oyster Bar & Grill in Pelham, where chef-owner Anthony Labriola offers them cooked, or raw with a choice of two dipping sauces: cocktail and mignonette, made with vinegar, shallots, carrots and celery.

Galvin, who’s encountered diners afraid of the “weird textural thing,” says that most first-timers are won over by the oysters’ flavor, and often come back to order new varieties and ever-larger platters. 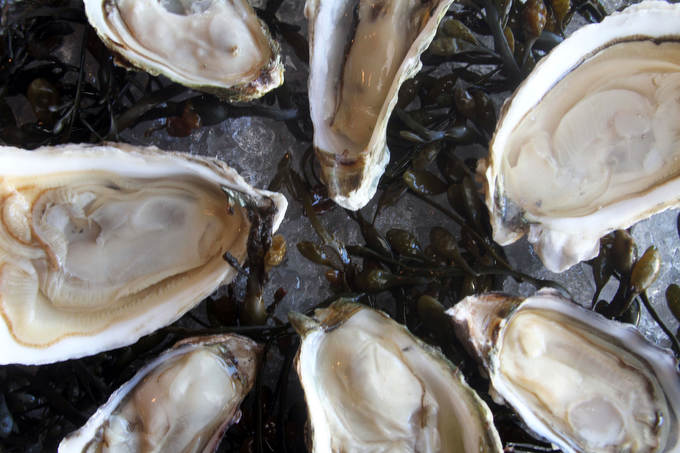 Though he generally sticks to simple presentations of oysters on the half shell, this year’s Valentine’s Day menu at Ocean House offered a playful nod to the bivalve’s reputation with a dish called Ménage à Trois of Oysters.

As far as the mollusks’ power in the love department, Labriola laughs.

“If you’re going out and sharing them with somebody and having a few glasses of wine, I think that alone could set it up, if you’re with the right person,’’ he says.

Wondering what oysters taste like? See our guide and glossary, after the jump.

Waters: From Canada to New York and across the Gulf of Mexico.

Profile: Small and briny with chewy texture. Shells are oval, smooth and two to four inches in length.

Waters: From Japan to Washington State, and as far south as Australia

Waters: Farm-raised in the Pacific Northwest

Profile: Small and creamy with a deep shell and fluted lip