People are reading
You are at:Home»Restaurants»Restaurant North Honored by Slow Food Metro North with a Snail of Approval

Stephen Paul Mancini is known for taking care to select just the right wine to pair with your meal at Restaurant North in Armonk, no matter how esoteric or unfamiliar.

So, on Sunday night, when he opened a whole case of bottles from the North Fork of Long Island and left them out on every table in the restaurant, you had to know something was out of the ordinary. 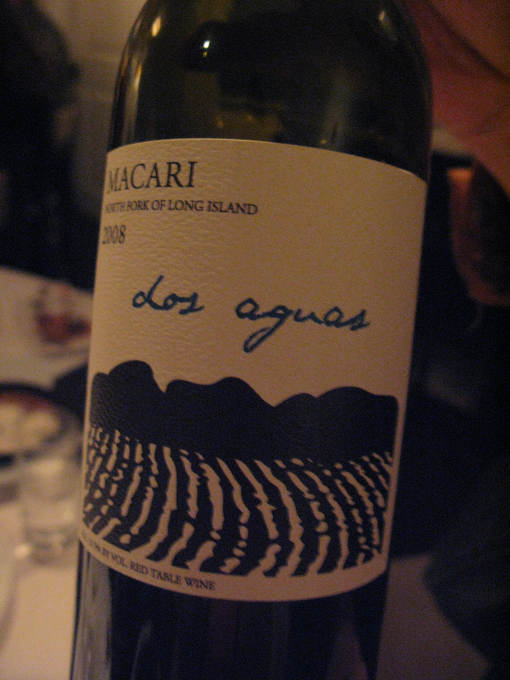 The dinner was a celebration. Restaurant North, owned by Mancini and chef Eric Gabrynowicz, had just become the 18th venue in the northern suburbs to receive the Slow Food Snail of Approval award, and was serving a congratulatory family-style meal to the farmers who supply its meat and produce. 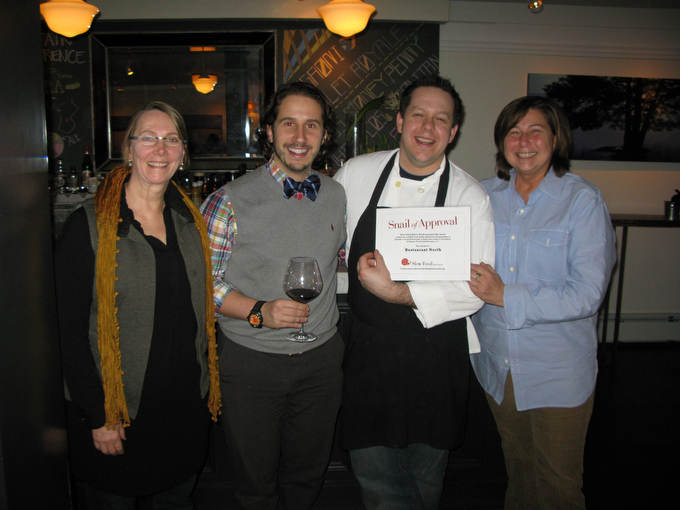 The Snail of Approval award is given to restaurants, farms, purveyors and artisans who “contribute to the quality, authenticity and sustainability” of the food in the region, according to the Slow Food website.

But Mimi Edelman, co-chair of the Slow Food Metro North chapter, which awarded the Snail, explains it better.

To win the award, you have to be the kind of business that is “creating a convivial setting, creating the platform for people to gather together, taking the bounty of your region and honoring a food culture and tradition,” she said.

They certainly do that every night at North, which is known for its farm-to-table cuisine and excellent wine and spirits.

But on Sunday, the meal felt like a dinner with family. (They even let us bring our children! Baby Samantha was there in her party dress!) Farmers from Sycamore Farms in Middletown, Meiller’s Farm in Pine Plains and Hemlock Hill in Cortlandt Manor, just to name a few, shared tables with Mancini’s and Gabrynowicz’s families and friends of the restaurant. 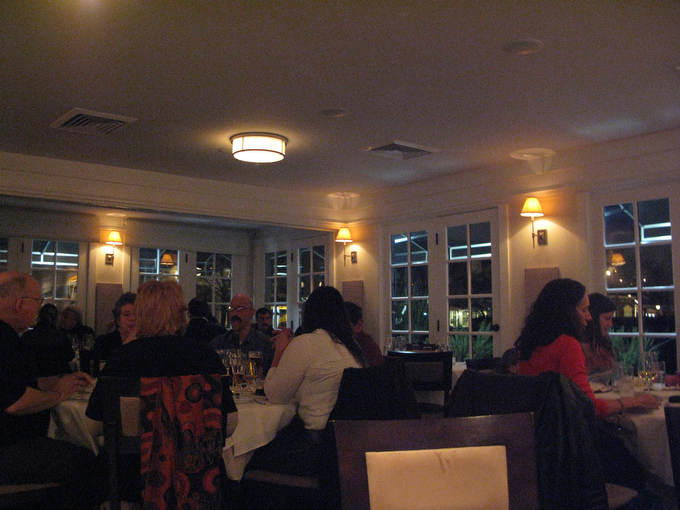 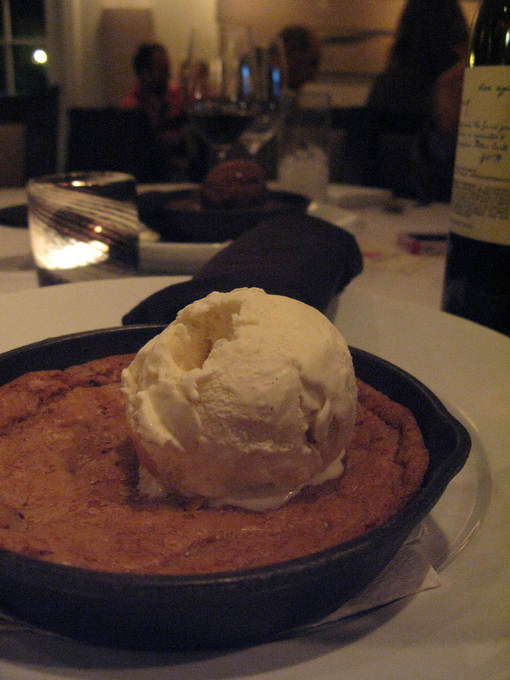 More food, photos and a little bit more about Slow Food Metro North — and a list of other Snail Approved-restaurants and farms, after the jump. 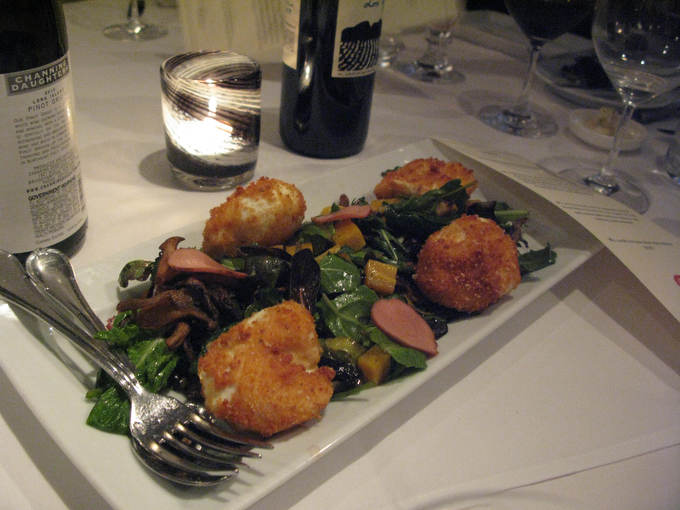 “There is a vitality and passion in partnering with them,” Edelman, who also owns I & Me Farm in Bedford Hills and supplies North with her harvest, said in her speech. “All of the farmers here this evening can surrender their harvest knowing that the integrity upon which it was grown will translate to the eater in their capable hands.” 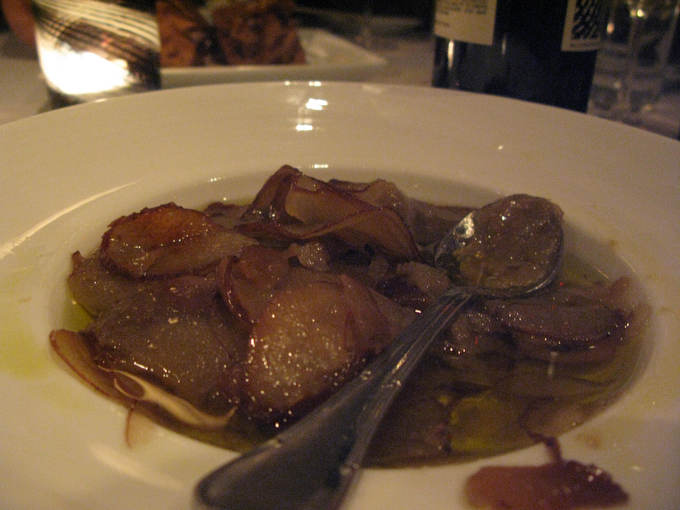 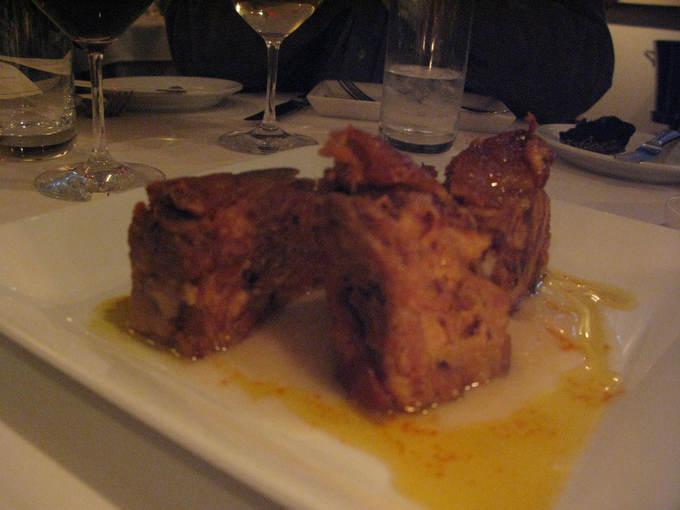 Slow Food International is a nonprofit association, founded in Italy in 1989 “to counter the rise of fast food and fast life, the disappearance of local food traditions and people’s dwindling interest in the food they eat, where it comes from, how it tastes and how our food choices affect the rest of the world,” according to its website. Worldwide, there are more than 100,000 members in 1,300 convivia — or local chapters.

The Metro North chapter of Slow Food International, which has about 700 friends and members on its outreach list, was formerly known as Slow Food Westchester. It changed its name in 2010, to better describe the region the group serves in its membership: Westchester, Putnam and Fairfield counties.

“We did realize it was the train system that connected us all,” says Edelman. “It brought us back and forth to the workplace and home, it was the site of farmers markets — the train station parking lots — and it was an efficient alternative to being in the car.”

Getting the award was a goal Mancini and Gabrynowicz had set for themselves when they opened North in 2010, and they were truly honored by the recognition.

“As much it sounds very, very corny, this really is a dream come true for us,” Mancini said at the dinner, while holding a glass of red wine from Macari Vineyards on the North Fork. “This is a meaningful thing, it’s fun, we don’t talk-the-talk and not walk-the-walk — we really, really believe in this. This is who we are, this is our DNA and it’s an honor to be Snail approved.”

The 411 on Restaurant North.

Other Snail Approved Restaurants and Farms:

These other restaurants and farms have also been “Snail Approved” by Slow Food Metro North:

The Flying Pig on Lexington in Mount Kisco (now closed)

I & Me Farm in Bedford Hills