People are reading
You are at:Home»Cooking»Flaky or Steaky? A Top Chef’s Tips on Cooking Fish 8 Different Ways

Lent began yesterday with Ash Wednesday, and for many Christians, that means fish is on the menu for dinner on Fridays.

Problem is, fish is something many cooks have the least amount of experience preparing. Ask us to grill a steak or roast a chicken — no problem. But cook a fish? Suddenly we’re fearful.

At least I am.

So I turned to Brian Galvin, the owner of Ocean House in Croton-on-Hudson and one of the best fish cooks around, for some tips. And he was a great help — at least after he stopped laughing. 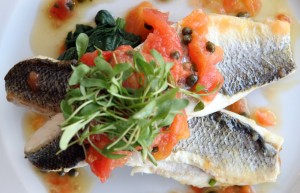 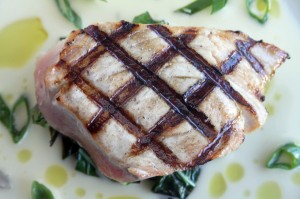 See, I figure fish falls into two main categories: <FZ,1,0,22>flaky and steaky. And that’s how I asked for his help: To give me pointers for four common cooking methods — grilling, broiling, baking and steaming — for both flaky and steaky fish.

Steaky fish are, on the other hand, fish that you can cut into big steak-like pieces: tuna, swordfish, hamachi, mako, marlin and opa, otherwise known as moonfish.

Galvin says there is a middle ground, too — half flaky and half steaky, if you will — and those fish include bluefish, striped bass, monkfish, mahi mahi, and even salmon. 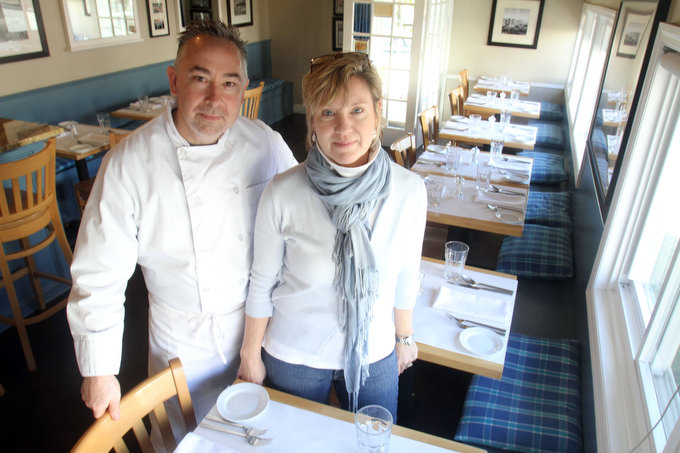 But for the purposes of this lesson, we’re going to stick with flaky and steaky.

He prepared two dishes for us: a flaky branzino, which he steamed and served with a tomato-caper sauce, and a steaky tuna, which he grilled and seved with a curry vinaigrette and chili oil. You can find those recipes after the jump.

But a good rule of thumb for all of his recommendations?

“Keep it simple,” he says. “And don’t mask the flavors too much.”

So consult the chart below for his recommendations for broiling, baking, steaming and grilling — whether for flaky or steaky.

Because really, there are only so many fish sticks you can fry. 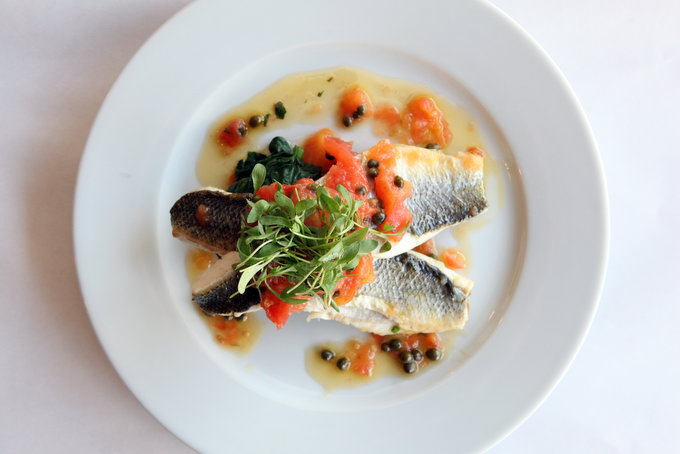 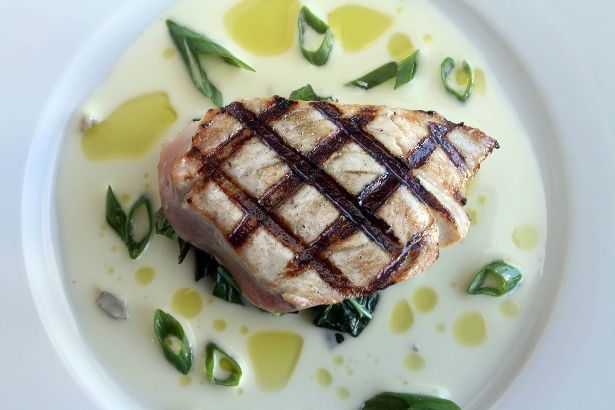