People are reading
You are at:Home»Drinks»Beer»Notes From the Captain Lawrence Tasting Room, Vol. I

“Notes” checks out what people are drinking, and what they’re thinking, each week in the Captain Lawrence Brewing tasting room in Elmsford.

T.S. Eliot wrote that April is the cruelest month, but let’s be honest—most-miserable-month honors go to March. Football is over, and baseball hasn’t yet begun. March Madness, its snappy moniker notwithstanding, is really more of an April thing. GOP hopefuls dominate the news cycle, but do any of us really find Super Tuesday all that super?

It is therefore the perfect time to indulge in those winsome diversions you’ve had on the mental to-do list all winter, such as checking out the new tasting room at the new Captain Lawrence Brewing facility in Elmsford. Saturday was wet, gray and miserable—all the more reason to clear the schedule and pop in for an Imperial India Pale Ale, a Kolsch, a Liquid Gold, or the day’s special, a Ginger Man Ale. 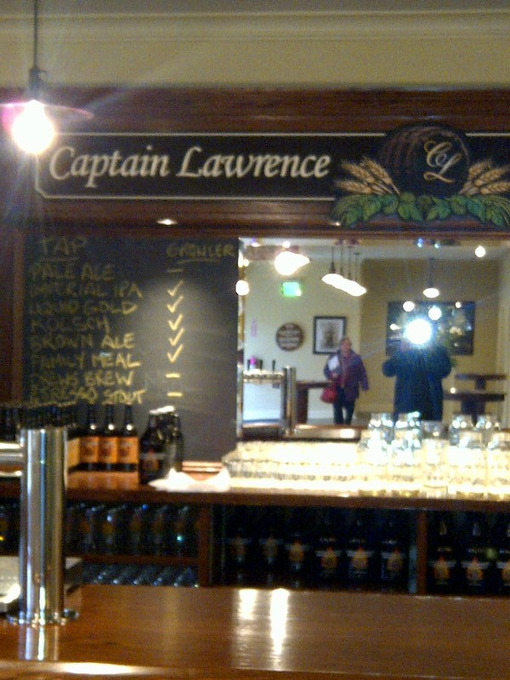 So a few hundred did. Many brought friends and loved ones from out of town: Albany, Boston, New York City. Steve and Brianne Staysniak of Norwalk introduced their pals to Captain Lawrence’s brews, the foursome brave enough to sport their Bostonian gear—a Red Sox hat, a Harpoon Brewery T–in the heart of pinstriped Westchester.

Alana and A.J. Silverman of Hartsdale brought along some Massachusetts types as well, in Alana’s parents. “We planned our day around it,” she says.

The Silvermans snag the award for cutest baby in the tasting room, in 7-month old McKenna. (“She’s a regular,” says a friend, Zeke Copic.)  The couple—make that the threesome—are indeed Captain Lawrence diehards. Alana smiles sheepishly as she tells the story of seeing the baby girl’s pediatrician in the tasting room on its opening day earlier this year.

A.J. speaks somewhat wistfully of the cramped 300-square-foot former tap room in Pleasantville, the way you talk about that first New York apartment you had decades before. He mentions the special feeling of being in the know on something cool before the rest of the world (or tri-state, at least) got hip to it. “It was a hidden gem,” he says, recalling days when a half dozen denizens sipped from their growlers while playing cards. “But it’s been fun seeing it get bigger, nicer, more open.”

A funny thing happens as the afternoon progresses. The clouds lift. The sky goes from gray to sparkling blue. The temperature shoots up. It’s as if Mother Nature had a change of heart after a few nips on the Imperial IPA tap, and our mercurial matriarch decided to deal us a gem. Call it March in a microcosm: The lion-to-lamb shift took all of an hour.

Visitors’ reasons to be there shift as well. Whereas a gloomy Saturday was, moments before, the perfect reason to pop in, suddenly, they say sunny and warm winter days are all about quaffing local craft brews in a tasting room.

The room fills up—perhaps 120 people by 4 p.m. A guy in a Cherry Garcia tie-dye. A half dozen children. A French bulldog. The growler line is long. The guys behind me wonder if they can drink on the Metro-North trip back to the city (they’re delighted to learn they can), while the dude in front ponders buying the two-growler sack (he refers to it as an “investment”; I’m tempted to inquire about his accountant).

They’re sipping the Ginger Man Ale (mellow, hints of ginger and pepper) and the Pale Ale (rich amber in color, full bodied, parking itself on the palate for the long term). They’re assembled around wooden barrels. They’re checking out the new fenced-in pen between the tasting room and the brewery—the world’s best penalty box, a view of the silver brewing silos ahead like a gleaming skyline, the smell of hops all around.

They’re talking about Jeremy Lin and Boston’s modest but elegant skyline and baseball, just a few short weeks away.

Suddenly, March isn’t such a bad spot to be in. And those sloths are kind of cute. 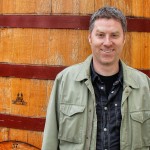 The author is paid, partially in beer, by Captain Lawrence for “Notes From the Tasting Room.”