People are reading
You are at:Home»Restaurants»Upscale Chinese: Baumgart’s Cafe in Nyack 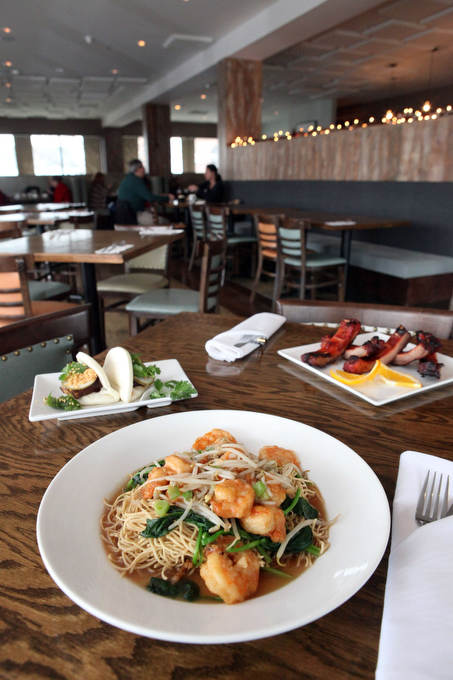 To understand why, you need to know that Baumgart’s didn’t start out as a Chinese restaurant.

Instead, the restaurant is like a melting pot of immigrant cuisine.

It began life as a German-owned ice cream parlor in Englewood, N.J., in the 1940s and ’50s. Then a Greek family bought the parlor and turned it into a luncheonette.

In 1988, it again traded hands. Marsha and Steve Wu and their partner, Sam Wang, kept the American food that the Greeks were serving (hamburgers, hotdogs) and the ice cream the Germans had been serving (milkshakes, sundaes) and, at night, added what they knew: Chinese food.

The restaurant — the fifth in a chain of Baumgart’s; all the others are in New Jersey — still has an ice cream parlor and hamburgers on the menu, but it also serves a killer Kung Pao.

“It’s a weird concept, but people have caught on, and now they love it,” says Irene Wu, Marsha and Steve’s daughter and the manager of the Nyack restaurant. 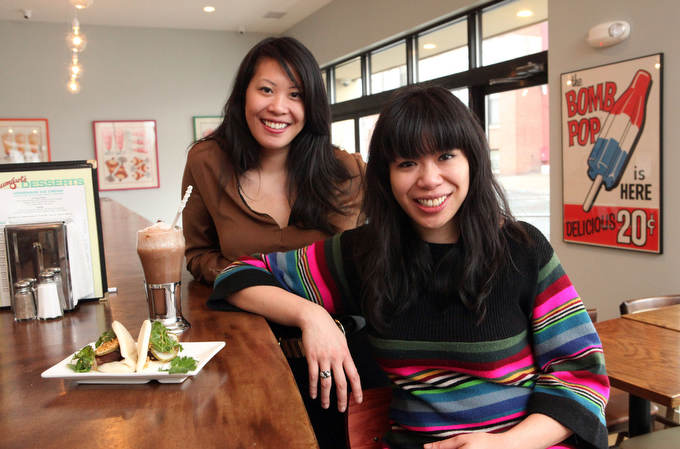 Baumgart’s is more kid-friendly than uber-hip, but is still cool, with an industrial feel — glossy cement floors, soft colors, dark woods and an airy, open space.

“We wanted to create this really comfortable space for people to relax in,” says Wu. “And we wanted to keep the elements from outside — the Hudson, the water.”

In the summer, French doors open onto an outdoor dining patio.

The menu offers other Asian cuisines — pad Thai and Malaysian curry, for example — but it’s the Chinese food that really stands out.

“We make all our sauces to order,” says Wu. “So if someone wants an extra sauce, we can’t just pour it out of a container. We use the freshest ingredients possible.”

“People’s palates are becoming more refined and sophisticated,” says Wu. “And they’re not necessarily going to the fancy French restaurants to get that.

“But with these new Chinese restaurants coming out,” she says. “I think we’re all trying to evolve.”

What we liked: Shanghai wontons, which are loaded with an addictive spicy peanut sauce; chicken and pine nut wraps; juicy and spicy Kung Bao Pao chicken, and orange flavored beef, which tastes backyard-grilled.

Wine: Italian, American, French, Spanish and Argentine, with five whites and five reds available by the glass ($5-$9) and the bottle ($24-$33). A sparkling Riesling riesling from the Finger Lakes ($30) is by the bottle only.

Price: Dinner for two: $80 for two appetizers, two entrees and desert, tax, tip and alcohol not included. Lunch for two: $40 or $10 each from a special lunch menu.

Good to know: There’s a parking lot just east of the restaurant. Cash and American Express only.