People are reading
You are at:Home»Restaurants»Upscale Chinese: China White in Purchase

The menu at China White might seem familiar at first — egg drop soup, lo mein, tangerine beef. But, oh! The flavor! The organic, heritage and often local ingredients are well chosen and the sauces lightly applied — and the plates are as pleasing to the eye as they are to the palate.

The decor is serene and spare. White is used everywhere, in the cream colored chairs, starched tablecloths and even the the paper lanterns that hang above the U-shaped bar. 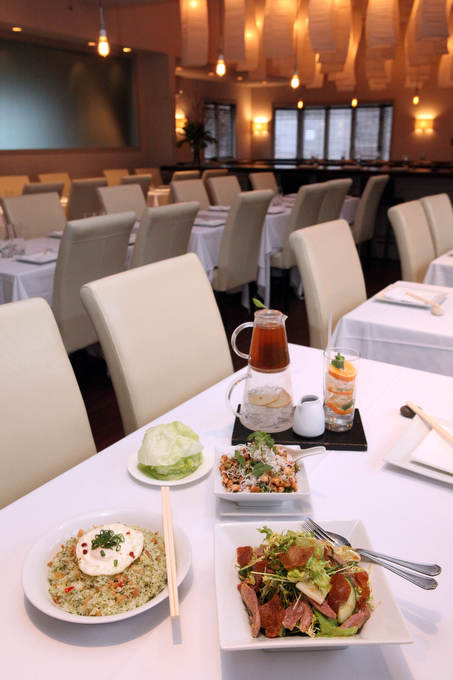 Owner Jody Pennette chose white for the theme and the name because he wanted a simple, bold, clean sounding title — “white being pure, unadulterated, clean and fresh,” he says.

Pennette and the cb5 Restaurant Group — which also owns Lolita in Byram, Gabriele’s Italian Steakhouse in Greenwich and Red Lulu in South Norwalk — opened China White, on Anderson Hill Road in the space previously occupied by The Creek, because they wanted a quality Chinese restaurant. To build the menu, Peter Klein, the culinary director and a partner in the restaurant, spent months researching recipes in Chinatown. They hired Zhou Guang Zan, below, a talented Chinese chef, to prepare familiar dishes, but with an upscale twist. 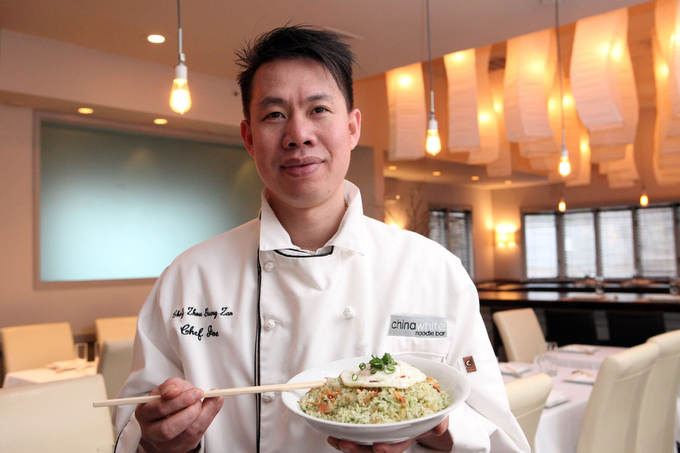 “With dishes like chicken and broccoli, there’s no way to rock that,” says Pennette, describing how they came up with the menu. “Even at its best, chicken and broccoli is a 7. So let’s not bother with that. Orange beef? Nah, let’s do Tangerine Beef — something that has a little edge.”

“People still need to get used to the idea that Chinese food isn’t just the strip mall takeout stuff,” says Pennette. “There are some people who come in and look at the bill and say, ‘Wow!’ And I say, ‘I know. If you want organic, heritage pork spareribs, that’s what it costs.’”

What we liked: The sweet and fresh Wok-sauteed Prawns, which come with delicate little garlic chives and meaty shiitake mushrooms. Peking roast duck, which is moist on the inside and crisp on the outside — you won’t find a chewy bite.

Signature drink: Organic ginger peach iced tea service. First, the server pours steeped Tea Forte tea from its small pitcher into a larger one filled with ice and freshly cut pear slices, then fills your glass, which has been pre-garnished with ice, mint, and orange slices. It’s a grand gesture, and an impressive start to the meal. 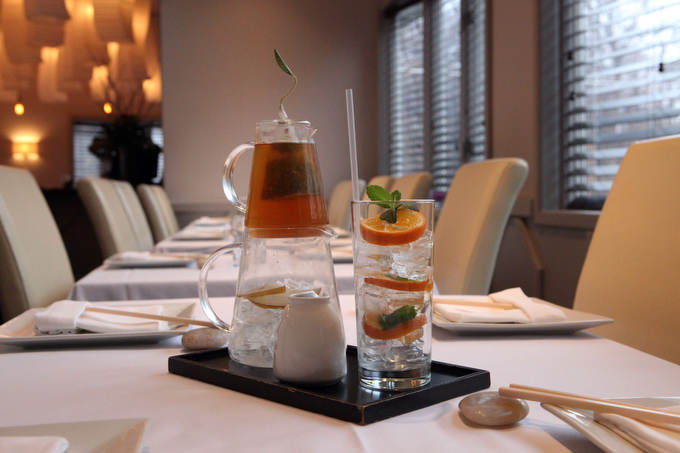 Cool factor: There’s a hip bar scene on weekends, where people are sharing scorpion bowls and sipping mai tais. There’s always a surprise gift with the check: sometimes you’ll get a Magic 8 Ball to ask a question of; other times a serving of cotton candy or some rub-on tattoos.

Price: Dinner for two: $125 for two appetizers, entrees and dessert, tax, tip and alcohol not included. Lunch for two: $80.