People are reading
You are at:Home»Restaurants»Pop Up Restaurant: Maize Coming to Paulie’s in Pleasantville

Pop up restaurants — which open and close in the blink of an eye, usually in a borrowed space — have been all the rage in big cities like New York and San Francisco for a while now, and they’re catching on in the ‘burbs, too.

Chef Eric C. Korn of Good-Life Gourmet in Irvington and Scasdale is opening a pop-up next week at Paulie’s in Pleasantville. It’s the second such pop up in Westchester; caterer Nisa Lee did a popup in M.A.D. Cafe in Pelham last summer. 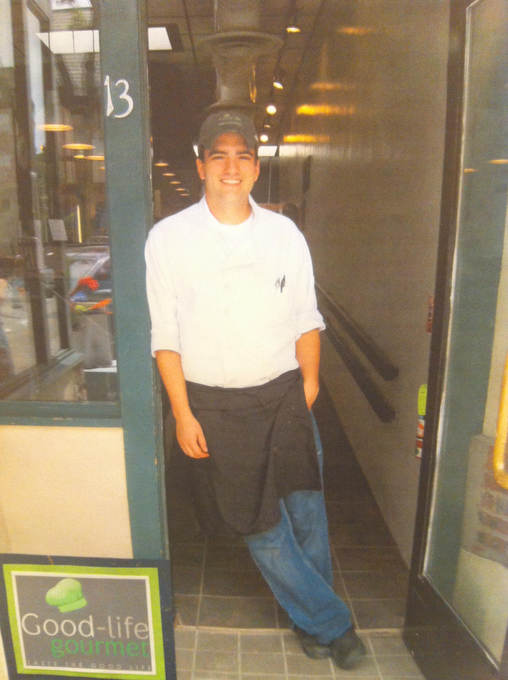 Korn, a French Culinary Institute graduate who started his own boutique catering service in 2008 and also runs a juice cleanse delivery system as well as hands-on cooking classes, says he’s doing the pop-up because “anybody who’s a chef wants to be in a restaurant and this is my way of being able to do that without having to worry about overhead and slow Tuesday nights.”

Korn will be serving a four-course prix fixe menu that will include appetizers such as duck confit tacos with grilled pineapple, cilantro cream, and entrees such as pan-roasted striped bass with elephant beans, greens, wild mushrooms as well as petite filet of beef, Habanero potato latke, grilled asparagus and a honey lime sauce. “For our customers, it gives them a chance to taste the food that they know I want to be cooking in that venue,” says Korn.

There will also be dessert — including “Fancy Froot Loops” — and a cheese plate. And Eric says there will be a few surprises, too.

This is a pop-up after all!

Here is a PDF of the Maize menu.

Pop goes the restaurant: Maize is at Paulie’s from March 15 to 17. 14 Marble Road, Pleasantville. Reservations are required. 914-478-8080 or Reservations@Good-LifeGourmet.com.