Wow! Your votes did it folks! Eric Gabrynowicz, the chef-owner at Restaurant North in Armonk, wins Food & Wine mag’s award for The People’s Best New Chef for the New York area. Tim Byres of Smoke in Dallas, Texas, won the overall award. 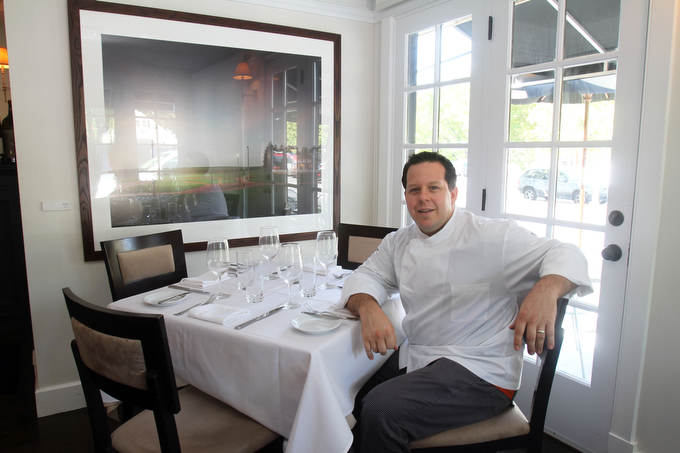 The press release, after the jump.

TIM BYRES OF SMOKE IN DALLAS, TEXAS IS VOTED THE FOOD & WINE THE BEST NEW CHEF AWARD WINNER BY THE DINING PUBLIC <http://www.foodandwine.com/peoples-best-new-chef>

New York, NY (March 12, 2012) – Today FOOD & WINE announces that Tim Byres of Smoke in Dallas, Texas is the winner of The People’s Best New Chef? award, selected by readers and the dining public in an online poll. The field of 100 nominees included 10 chefs in each of 10 regions across America, all talented innovators who have run their own kitchens for five years or fewer. The chefs with the most votes in each of the regions were named finalists. Of those 10 finalists, Tim Byres received the most votes overall.

Tim Byres will be included in the July 2012 issue of FOOD & WINE, as will the winners of the magazine’s prestigious Best New Chef award, chosen by the magazine’s editors in an annual program now in its 24th year.

For more on The People’s Best New Chef and the regional finalists, please visit http://www.foodandwine.com/peoples-best-new-chef.

“The People’s Best New Chef award was such a success last year; we are thrilled to keep the momentum going,” says FOOD & WINE Editor in Chief, Dana Cowin. “It’s great to see so much enthusiasm from the voters and to see the chefs, many of whom run neighborhood restaurants, receive recognition for their outstanding work.”

Since 1988, FOOD & WINE has awarded its highest honor, the Best New Chef title, to the country’s most promising up-and-coming talents— innovative chefs with a distinctive vision creating exceptionally delicious food. Only chefs who have run their own kitchen for five years or fewer are eligible. Among the superstars honored: Thomas Keller (‘88), Nobu Matsuhisa (‘89), Tom Colicchio (‘91), Dan Barber (’02) and Roy Choi (’10). The 2012 Best New Chefs will be announced on April 3.