Hi. I’m guest blogger Araceli Pina. I had dined at La Bocca Ristorante, in White Plains, previously once before and left with mixed feelings about the restaurant and the menu. I decided to give it another try during HVRW for dinner with a friend on Monday night. 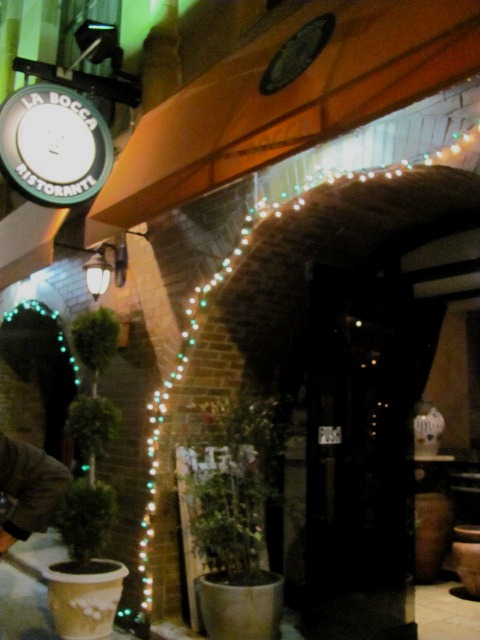 As soon as my friend and I walked through the front door we were eagerly greeted and escorted to the restaurant’s small, five table, dining area to the left of the entrance. We felt almost excluded from the other diners and from the hustle of the main dining room sitting in the smaller room. La Bocca’s interior is surrounded with stone walls; adding to the Italian flair is rustic pottery and art, all made us feel warm and welcomed.

Our server presented us with wine list, dinner menu and the HVRW menu as well. We ordered a bottle of white wine to start and then placed our order.  My friend ordered the soup of the day, which was pasta fagioli, for his entrée he selected pappardelle bolognese and for dessert the traditional ricotta cheesecake.

I started with the Italian cold antipasto, the breaded stuffed chicken and mushroom sauce caught my eye under the entrée selection. And for dessert, I was torn between the panna cotta with mix berry sauce or the tiramisu. I chose the tiramisu.

La Bocca’s menu for HVRW is not up on their site, here are some of their entrée selections: linguine with shrimp and mussel fradiavolo, tilapia filet with capers and white wine lemon sauce, whole wheat penne with prosciutto, mushrooms and sweet peas in a creamy sauce, and veal scaloppini with artichoke heart and sundried tomatoes. I almost wished I had invited more friends to join for dinner so we could sample the other delectable dishes. 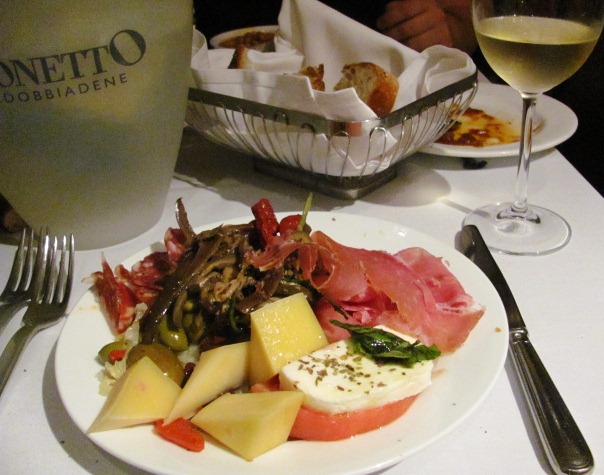 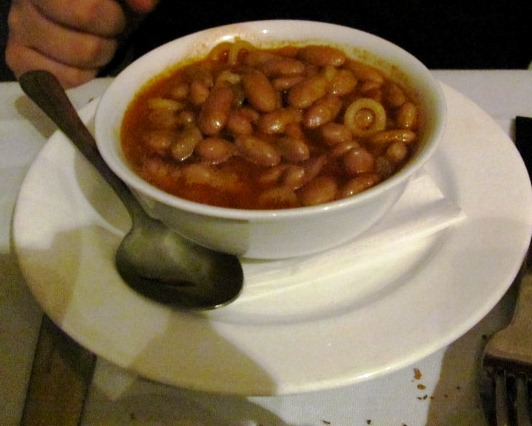 Our appetizers arrived within minutes from having placed the order. I tried my friend’s pasta fagioli, it was hearty, but average tasting. My cold antipasto had a traditional selection of cured meats with mixed olives, cheeses and oiled vegetables. Our waiter was very attentive and made sure he asked how our appetizers were.

Soon after, our entrées arrived in a timely manner.   My friend, whom ordered the pappardelle bolognese was content at the portion of his dish, as it would also be lunch for the following day. The smell of the mushrooms from my breaded stuffed chicken was filling the room with warmth and a pleasant pungent smell that certainly made my stomach growl. The chicken was moist and tender and stuffed with prosciutto and fontina cheese that melted beautifully inside. The sauce was a rich brown sauce with sliced mushrooms that coated the entire chicken and plate. The earthiness of the mushrooms was a perfect match for the richness of the fontina cheese. Served alongside the dish were also roasted crispy potatoes and sautéed green beans. The pappardelle bolognese was a very generous serving of wide noodles that served as a base to a flavorful three meat bolognese sauce. The plate was finished with a nice layer of Parmigiano-Reggiano that covered every bite with a hint of balanced saltines. 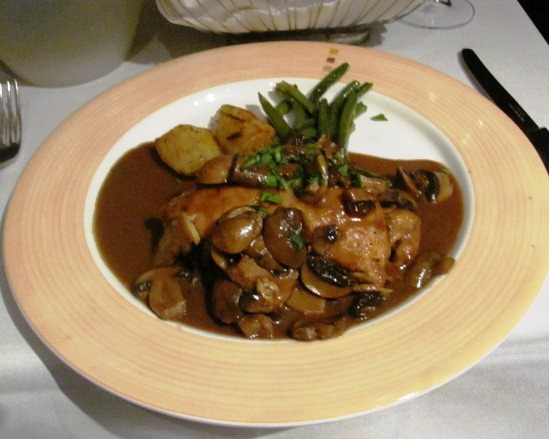 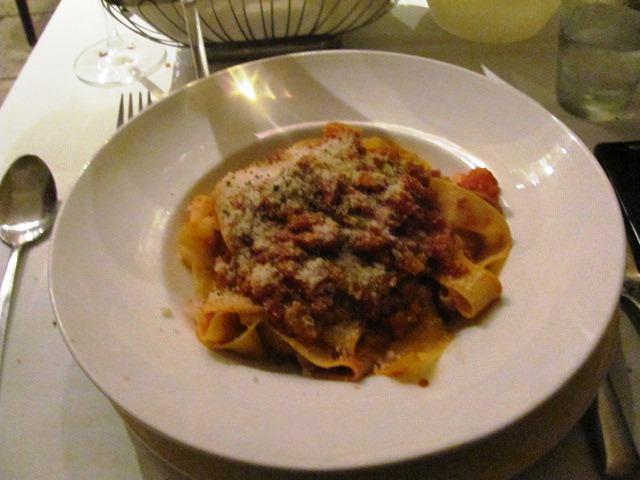 We finished dinner with tiramisu and a slice of traditional ricotta cheesecake, both garnished with fresh strawberries and swirls of chocolate and caramel decorated the plates. 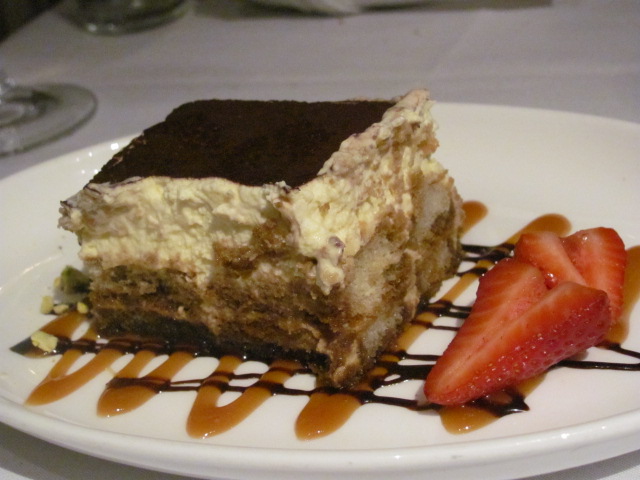 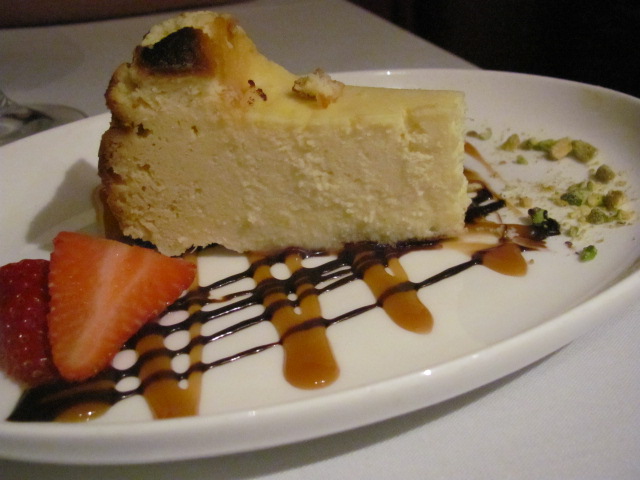 Overall, La Bocca is a pleasant Italian restaurant serving traditional dishes in a warm and friendly setting. I look forward to returning for another pleasant meal.