Hi. This is Denise of deeCuisine.com guest blogging my dining experience at Frankie and Johnnie’s Steakhouse.

Whenever restaurant week rolls around, I try to make a reservation at a steakhouse.You can’t go wrong with a prix fixe menu at a steakhouse. A three course dinner for about $30 is a great deal, especially if you’re trying out new restaurants. For HVRW, I chose Frankie and Johnnie’s Steakhouse in Rye.

Similar to their NYC locations, Frankie and Johnnie’s Rye location offers dining on two levels in a classic steakhouse setting, but in an old bank. For dinner, we were seated at the second level overlooking the bar. 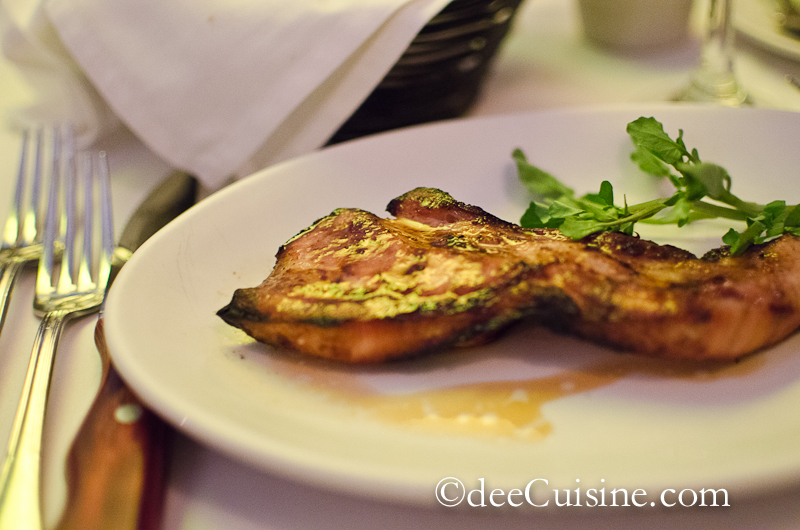 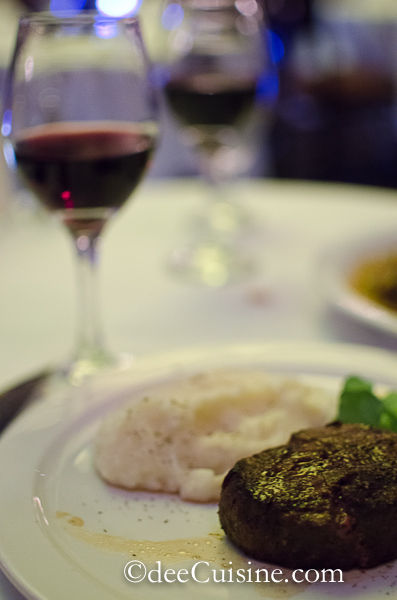 On the prix fixe dinner menu are three appetizer choices, four entrée choices, and two dessert choices. We selected the soup of the day, lentil, and the applewood smoked bacon. The lentil soup was rich and delicious. The applewood smoked bacon was a thick slice of bacon, about 1/4 inch. There was a slight hint of smoke and sweetness to the bacon. The bacon was slightly charred and did not have much fat in it. I wish the char was spread evenly as how they do it at other well known steakhouses.

For the main course, we had the Petite Filet Mignon with garlic mashed potatoes. Though we asked for the steak to be cooked medium, it was served medium well, but it was still delicious. There was no need for steak sauce as the meat was flavorful. The mashed potatoes were perfect with a light garlic taste, and not too buttery. We paired this dish with a glass of Edna Valley Vineyard Pinot Noir.

The Braised Short Ribs was a great dish. The meat was meltingly tender. There was no need for a knife. The sauce had diced carrots in it, which added sweetness to the dish, but complemented the meat and the rice. Overall, very good. A glass of Mc Williams Hanwood Estate Shiraz complemented the entrée. 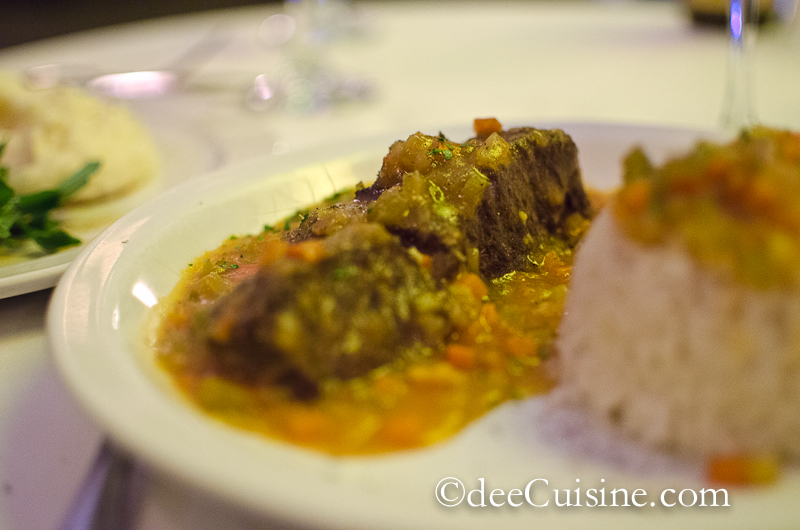 For dessert, we both ordered the Bread Pudding, which sadly was sold out. I was informed by the manager that they will no longer serve the bread pudding and will substitute it with rice pudding for the remainder of restaurant week. Unfortunately, I could not order the rice pudding because it was made with milk (no need to explain further). The other choice for dessert was Haagen Dazs ice cream, which we couldn’t order either, so he made an exception for us and offered us other items. So we opted for the Apple Strudel and the Cheesecake Brownie. Both were delicious, but the brownie was the best of the two: moist, rich and fluffy with a thin layer of cheesecake on top. 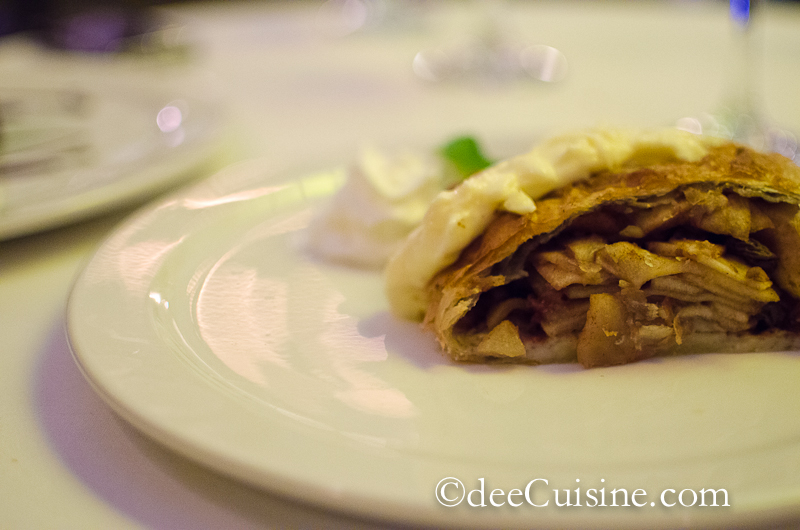 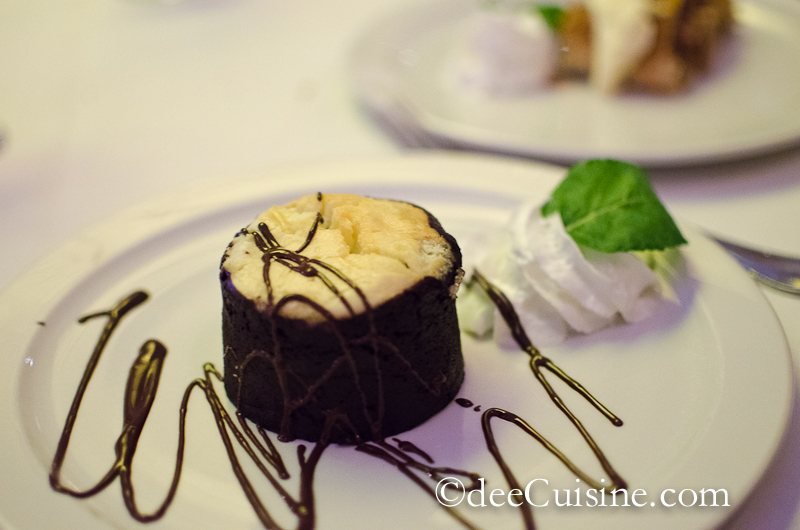