Approaching a restaurant for the first time can be compared to receiving a wonderful gift and while the brain argues to not judge a book by the cover, the  heart races ahead with anticipation of what the dining room will look like and the taste buds long for edible treats. 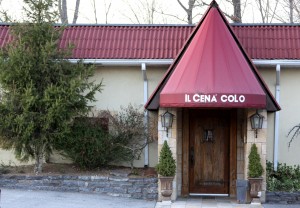 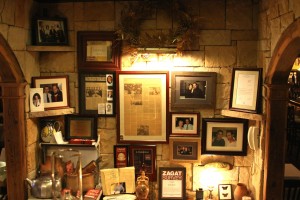 I couldn’t help but notice the James Patterson autographed book and photo.  Mr. Patterson was also featured in another area restaurant entryway and while that is a completely different story, I wonder if I am somehow following his “food trail.” 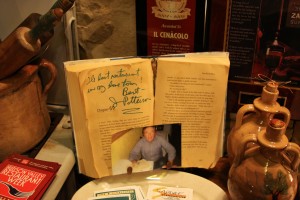 We (a party of four including myself, my husband and our adult sons) were seated and eventually presented with water, bread and a small unknown dish.  Upon asking the contents, we were told, “It is zucchini.”  While we wanted to know a bit more, since we now knew the main ingredient, we placed a small forkful on the bread and were pleasantly surprised at the departure from a tomato bruschetta, or dipping oil.  The zucchini was soft and flavorful.

Once our drinks arrived and orders were placed, we observed the wait staff plating appetizers and desserts from a display near the entrance.  This kept them quite busy as they plated, took orders and cleared and may have prevented them from being as attentive as possible. 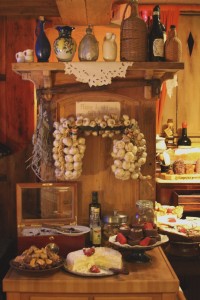 Unfortunately, photographing the food was a bit of a challenge in the dining room’s dimmed lighting.  While the quality of the images may be diminished they are not representative of the flavors.  The panzanella salad and red snapper soup images could not be captured.  However, the salad was filled with crisp cucumber and generously dressed.  The red snapper soup had a bit of peppery kick in the background. 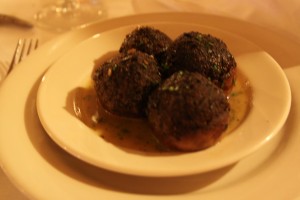 Four large and generously stuffed mushrooms were one choice.  The mushrooms itself was appropriately yiedling to the bite – not rubbery, not cooked down to mush. 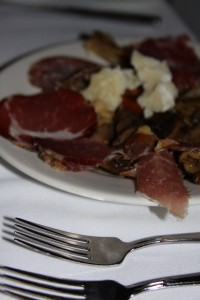 Our applause went to the Misto Terra which is also available on the regular menu listed as a plate of a “variety of vegetables and beans,” we were pleasantly surprised by the gentle salt of the assorted salamis, eggplant, flavorful tomato and cheeses.

Time for the entrees… all were served with a small plate of brocoli and cauliflower tossed in a garlic oil with crushed red pepper.

First, a lush sauce bathed the tender and hearty chicken stew with porcini mushrooms.  The generous portion of slow roasted chicken with skin combined with the meaty mushrooms for a filling meal. 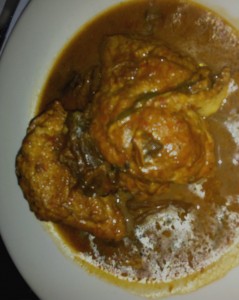 Each of my adult sons ordered the veal shoulder and while their healthy appetities may have benefitted from a starch or additional side, the veal portion was quite sizable.  The meat was nestled into a pool of sauce which the menu described as flavored with pancetta and orange juice.  The flavors saturated the fork tender shoulder and could be tasted throughout rather than simply offering a base of moistness. 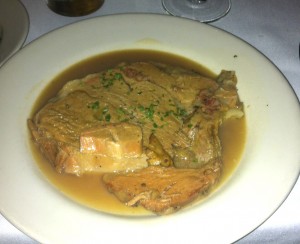 Finally, the ultimate comfort food, a succulent Italian pot roast so delicate it could be split with a spoon next to a fluffy cloud of mashed potatoes finished with a bit of truffle oil.  Culinary heaven on a plate.  The perfect balance of light yet hearty, the dish satisfies both the desire to try something new while maintaining roots in a classic and easily relatable context.  After all, most people simply love tender meat accompanied by potatoes, but this rendition brought the offering into the culinary playing field and out of Mamma’s Sunday kitchen. 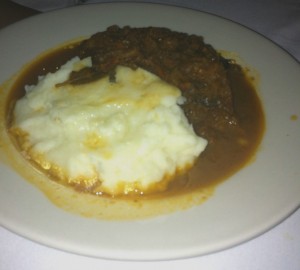 Sweets to end the meal included a flourless chocolate cake drizzled with chocolate sauce, a hot apple streudel with tart, crsip apples and a gentle bite of spice, warm cinnamon raisin brad pudding and a classic New York tangy cheesecake.  All plates were sprinkled with a touch of powdered sugar and accompanied by a dollop of whipped cream, a sprig of mint and strawberries.  We were offered desserts from both the Restaurant Week and regular menus. 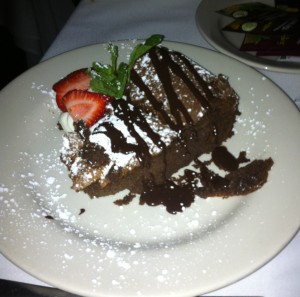 The dense chocolate cake to satisfy the choco-holic. 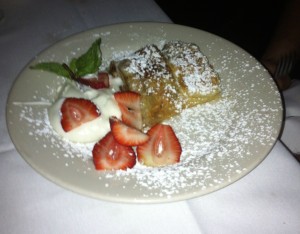 A warm hug at the end of the meal, the streudel was traditional and spiced with a hint of cinnamon and warm spices. 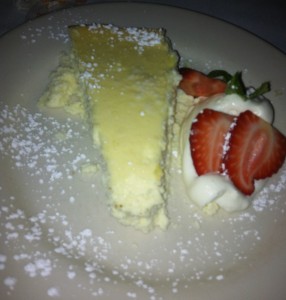 The gentle tang of the riccota cheese was allowed to speak in this cheesecake without being overly sweetened.

As we left the dining room we were able to take in the full dessert display and look once more at the wall of awards and newsclips.  Il Cena Cola just outside of Newburgh has become a tasty culinary memory for our family. 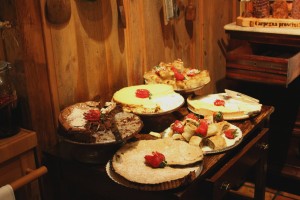