I hope everyone is enjoying the beginning of restaurant week as much as I am! I am guest blogger Michele Curran and on Wednesday evening, a few friends and myself had dinner at Il Portico in Tappan. As a life long resident of Rockland County, I have to admit I think I have been to Tappan, 3 times. For whatever reason, I just never make it down there, but I was pleasantly surprised as we pulled down “Restaurant Row” to really take in the quaint atmosphere of the town itself. I never realized how much history is there and as we came down the main road, Il Portico was right there welcoming us. 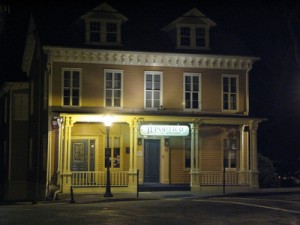 As we approached the entrance I was confused at first by the 2 front doors but quickly realized which one to go in (the one on the left) and we entered to a nice long bar area. One of the waiters greeted us quickly and promptly seated us at a cute corner table. What was particularly nice was there was no rushing us through our meal, typical practice of a fine dining restaurant, though not always executed well. Il Portico let us get settled and took our drink orders before bringing over the menus. It was nice to feel as though they weren’t in a hurry to get us fed and out the door. The first selling point for me was they had my favorite wine on the wine list, Louis Jadot Pouilly Fusse! Excellent, we’ll have a bottle!

Shortly after ordering, our first course came out.

I ordered the Eggplant Rollatini with buffalo ricotta and tomato which was amazing! I am not a huge fan of Eggplant Rollatini in general but I wanted to give it a try; it was one of the best I’ve ever had and I would return again and have it as a meal if I could! 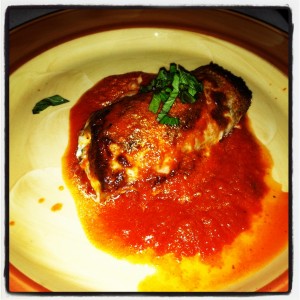 My friend ordered the Belgian Endive Boats with lobster meat and a creme basil vinaigrette. We shared the 2 appetizers and this was just as good as the Eggplant. It was nice and crisp! The portion size was very generous and overall agreed by the table a winner! 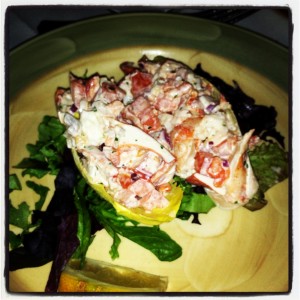 After the appetizer was cleared, they gave us a nice break to digest before bringing out the Entree. Everyone ordered something different so we could all try each others dishes! My only disappointment was they were sold out of the Pork Ossobucco.

The Panko Crusted Tilapia with a soy ginger aioli looked so good when it came to the table, I just had to try it! I’m not a big fish eater but this was so delicious I would definitely order it again. Not overly breaded with just the right amount of sauce. 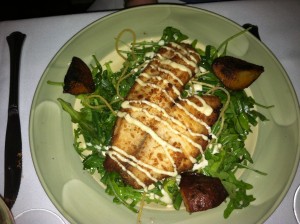 I had the Panezerotti with spinach, ricotta, and basil, which for those who did not know what that was (like myself) is basically a ravioli. It was excellent!!! It wasn’t overly stuffed with spinach and had just the right amount of ricotta. This was a favorite at the table! 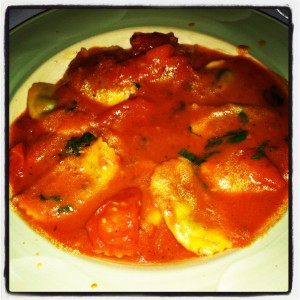 The Mini Rigatoni with eggplant, mushrooms, tomato, and ricotta salsa wasn’t my favorite of the Entrees but was still enjoyable. I do not care for mushrooms but my friend loved it. 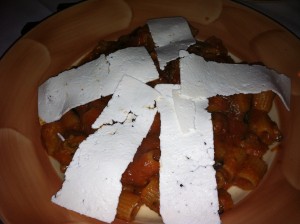 After dinner was cleared, again we had a moment to digest before the waiter came over to take our dessert order. Everyone decided on the Strawberry Tart. I’m not sure what I expected this to be, perhaps more of a round tart but it seemed to be a part of a pie, which was fine. The strawberries were a bit cold and I would have enjoyed it more had they been a bit less frozen, perhaps out of the fridge for 5 minutes longer but it was a delightful dessert. A nice cup of coffee complimented it and the evening was a successful outing. 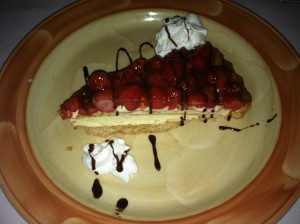 The atmosphere at Il Portico was very nice, good food and good friends always make for a great time! I would recommend going back here especially if you are looking for a relaxing evening.