It’s guest blogger Sara Aufgang, here to tell you about my recent dinner at Marcello’s Ristorante of Suffern for Hudson Valley Restaurant Week.  Marcello’s, situated in downtown Suffern, has been a local staple for over 25 years. 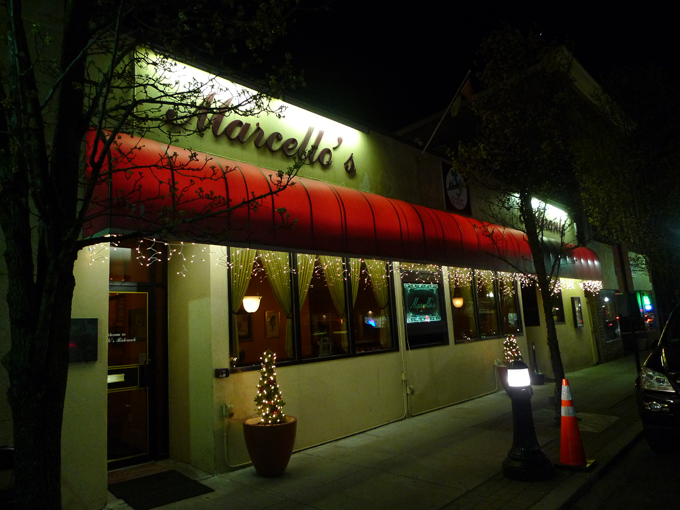 Although the restaurant is large, the inside space is separated into different rooms so that we felt we were in a small, intimate setting.  Once seated, my dining companion and I were each served a warm dinner roll and a piece of onion focaccia, in addition to the packages of breadsticks that were already on the table.  The roll was hard on the outside, soft and chewy on the inside, and perfect with a little butter which melted right into the bread.  The onion focaccia was quite tasty also. 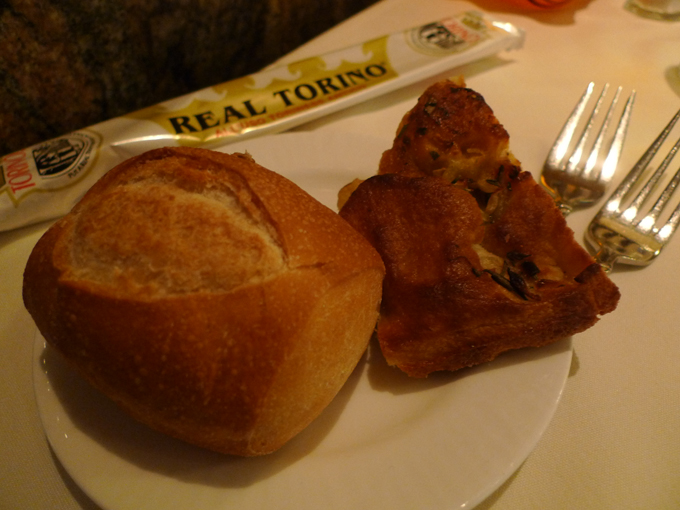 Marcello’s Restaurant Week menu is available online.  For my appetizer, I ordered the gnocchi al ragu di cervo (homemade potato gnocchi with venison ragu).  This was my first experience with venison, but the waiter assured me the best way to venture in.  The venison had been cooking for five hours and was incredibly tender and tasty.  It tasted similar to beef short ribs but with a slightly stronger, gamier flavor.  The gnocchi were perfectly cooked. 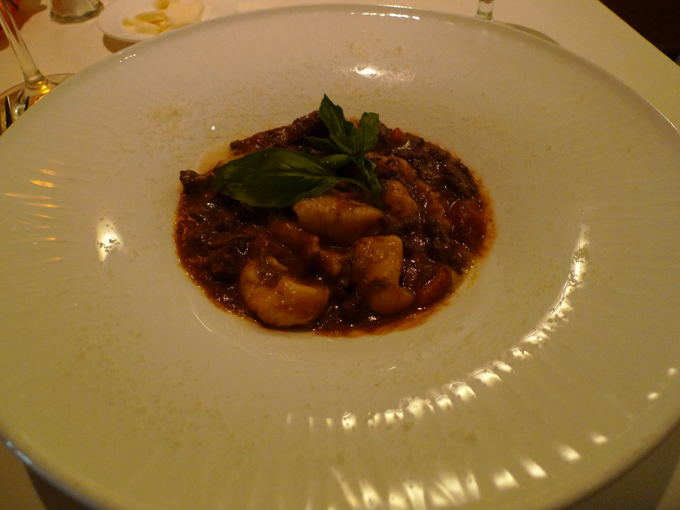 My friend ordered the warm goat cheese salad, consisting of a lightly breaded piece of goat cheese on top of greens with walnuts, slivers of green apple, and sweet roasted peppers in a garlic lemon mustard dressing.  All of the flavors and textures were in perfect sync with each other, making this dish a favorite. 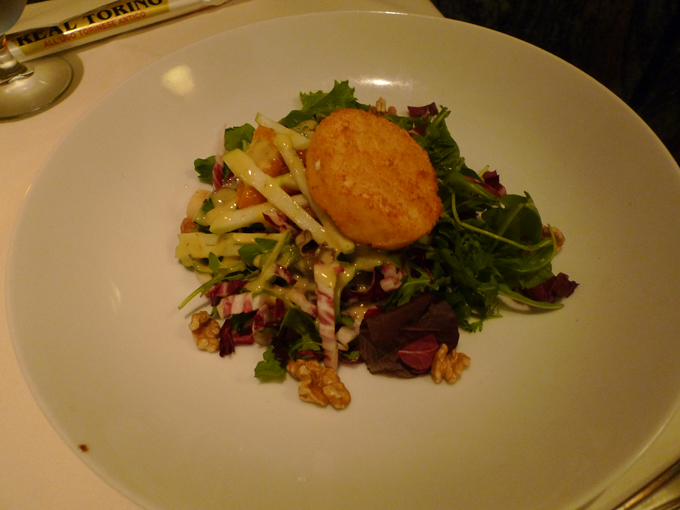 For my entrée, I chose the brasato di bue al chianti con polenta (beef braised in Chianti wine and vegetable sauce served with polenta).  The beef was very tender, with a delicious sauce (perfect for dipping bread into).   The polenta, however, was the star of my plate.  It was creamy with a light flavor that, together with the wine and vegetable sauce, was an amazing bite of food.  This plate was extremely well-executed. 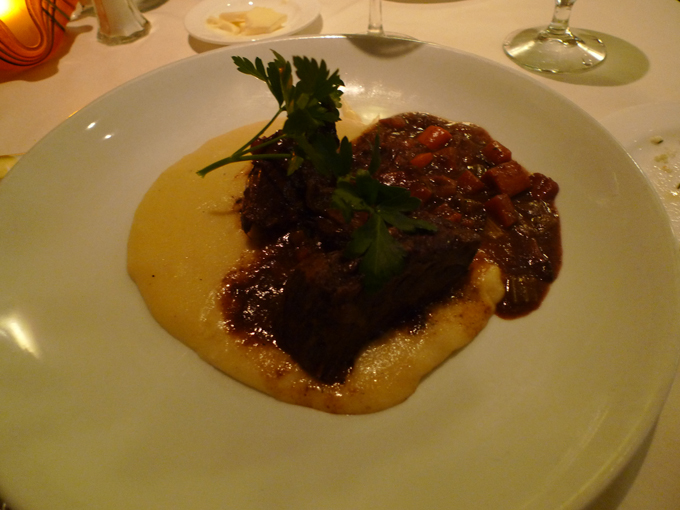 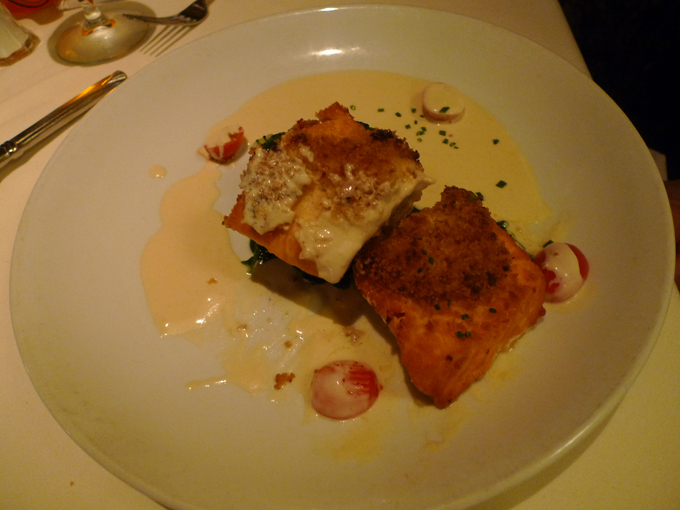 At Marcello’s for HVRW, everyone gets the same dessert.  Our waiter promised that we would not be disappointed and he was certainly correct.

Marcello’s Combination Dessert consists of three desserts: tiramisu, chocolate semifreddo, and vanilla panna cotta.  I was not familiar with semifreddo or panna cotta, and after trying them for the first time at Marcello’s it seemed like a tragedy to have gone 31 years without them in my life.  The semifreddo, served with raspberry sauce and red berries, had a deep, rich chocolate flavor and made me think of frozen chocolate mousse.  The panna cotta was white dotted with black vanilla bean specs.  When I took a bite, I was struck by the impossibly creamy texture followed by the sweet vanilla flavor.  It was addicting.  Although there were three desserts, they were each light enough that it was easy to finish the plate. 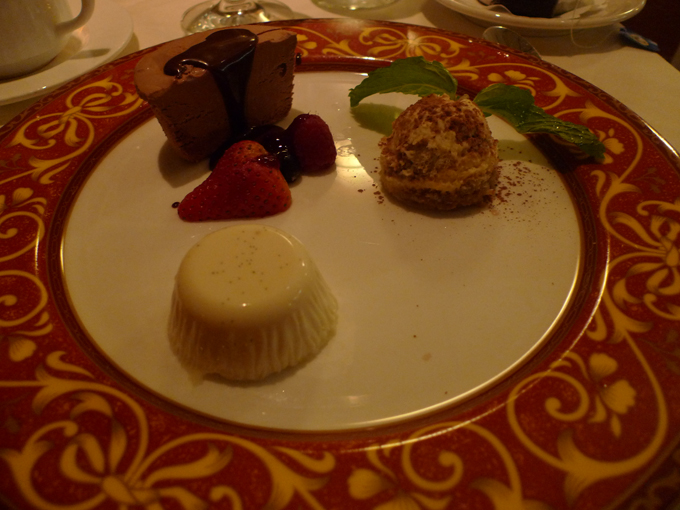 The service was polished and attentive, yet not overbearing as we were given space to linger over dessert and tea.  I left feeling satisfied by a solid meal of classic yet creative Italian food, expertly executed.