After diligently reading through each  menu shown on Hudson Valley Restaurant Week website, my boyfriend, Mike and I chose Tavern as one of a few new restaurants we would try this year. Mike’s birthday fell fight in the midst of Restaurant Week this year, so this past Saturday we ventured down to Putnam County to celebrate.

Though the restaurant was full when we walked in at 7:45 we were seated right away at a long communal table with another couple seated at the far end (unbeknownst to me, fellow guest blogger, Robin Locker Lacey was also seated right nearby). The rustic tables were set with white linen napkins, flatware, tall candle sticks and large wine glasses. There was a small bar with just four seat next to the door, and through the room where we sat, a green house room with additional tables.

Our waitress came to the table to explain the Restaurant Week menu (and unfortunately they had run out of the Testa – seared rustic pig’s head pate topped with an egg yolk raviolo – which I likely would have had) and to take our drink orders. Mike had a Brooklyn Lager and I had a glass of an old favorite – Cain Cuvee. Once we placed our orders, a board with the most delicious cornbread we’ve ever had came out. 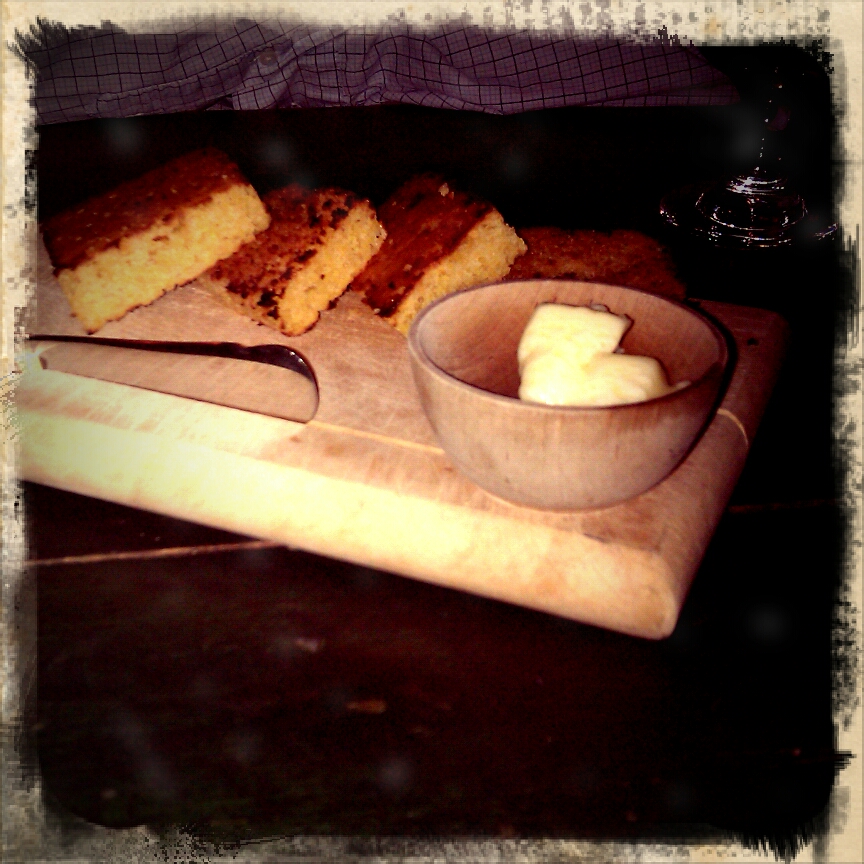 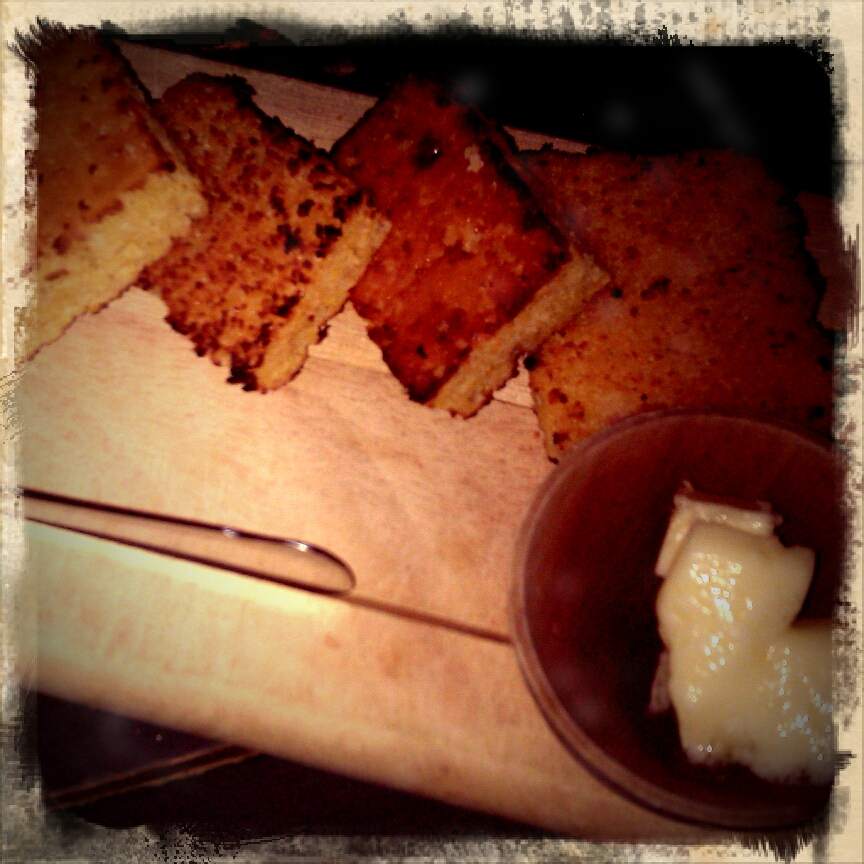 When our entrees made it out to the table, I could tell that Mike was a happy man! He had ordered the onion soup, served with beer battered onion rings, chervil and tarragon. Mike loves onion soup, and this was did not disappoint. The onions were carmalized and sweet but not cooked so long that they had last their body and texture. They still had some bite to them, and the soup, which was thick and full of them was absolutely fantastic. 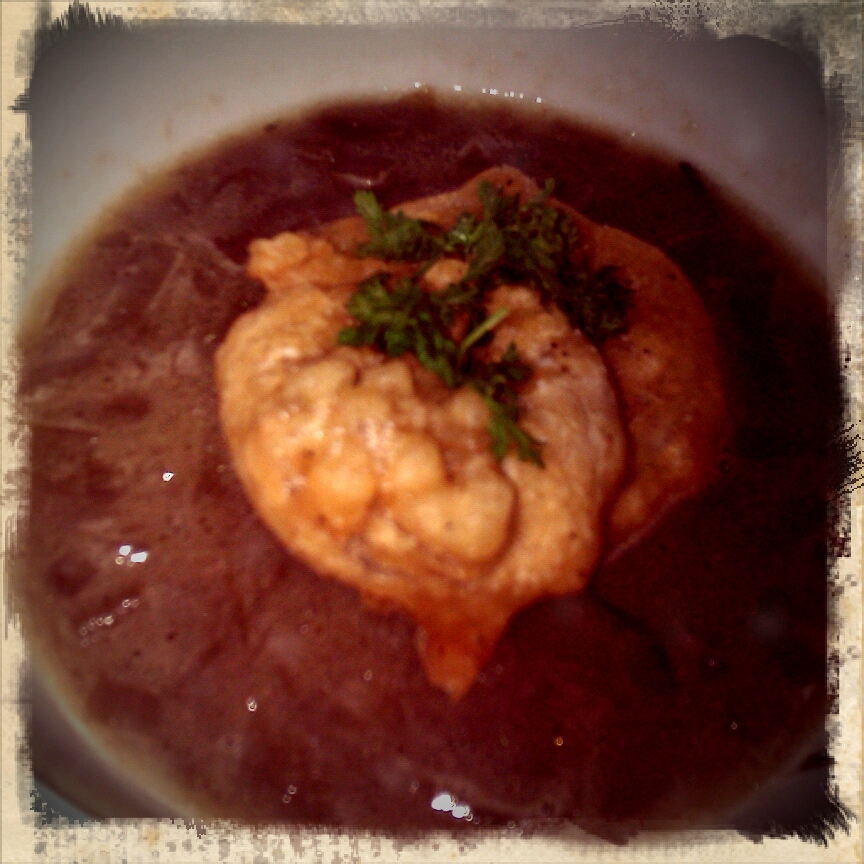 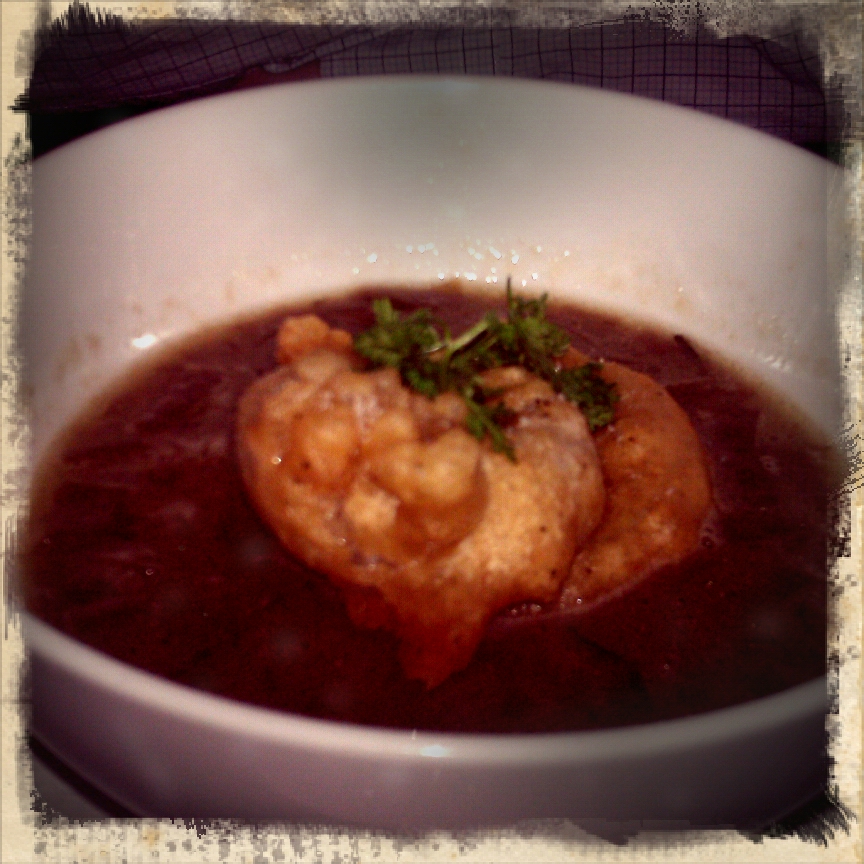 I had the Six Minute Egg served with fingerling potatoes, house-cured bacon and pickled mustard seed. I can’t say enough about this dish. The six minute egg was perfectly cook. The white had enough firmness to it to keep it from running, but still soft enough to melt in your mouth. The runny yolk mixed with the vinagrette on the greens, celery, onion, bacon and potatoes to create a creamy sauce. The bacon was unreal. It was nice and thick with the perfect amount of fat. The mustard seeds added a fantastic texture. 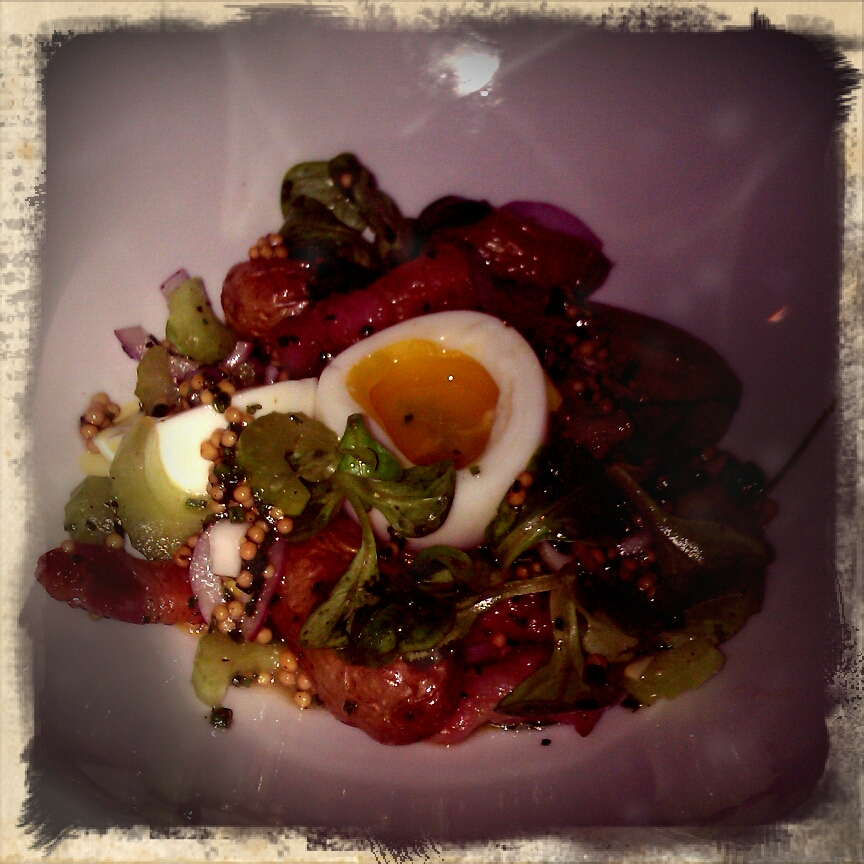 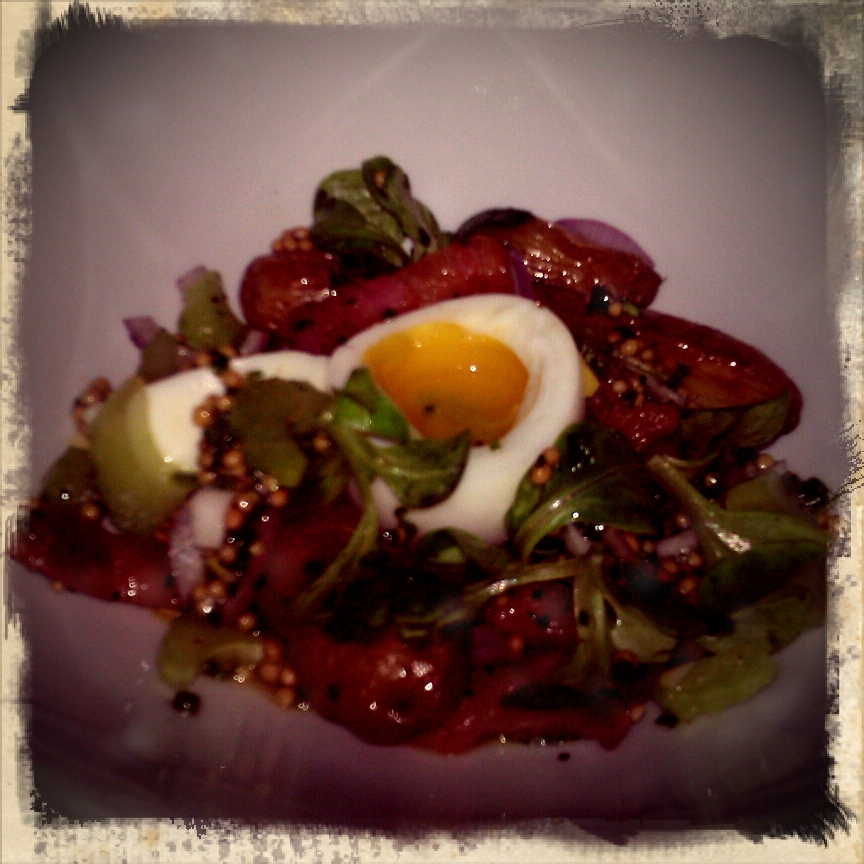 For our entrees, Mike chose the Buttermilk Fried Chicken served with roasted sunchoke, pickled beets, olives and arugula. There was a beautiful crust on the piece of breast and leg that were served. The salad on the side had a delicious dressing made with spicy mustard. 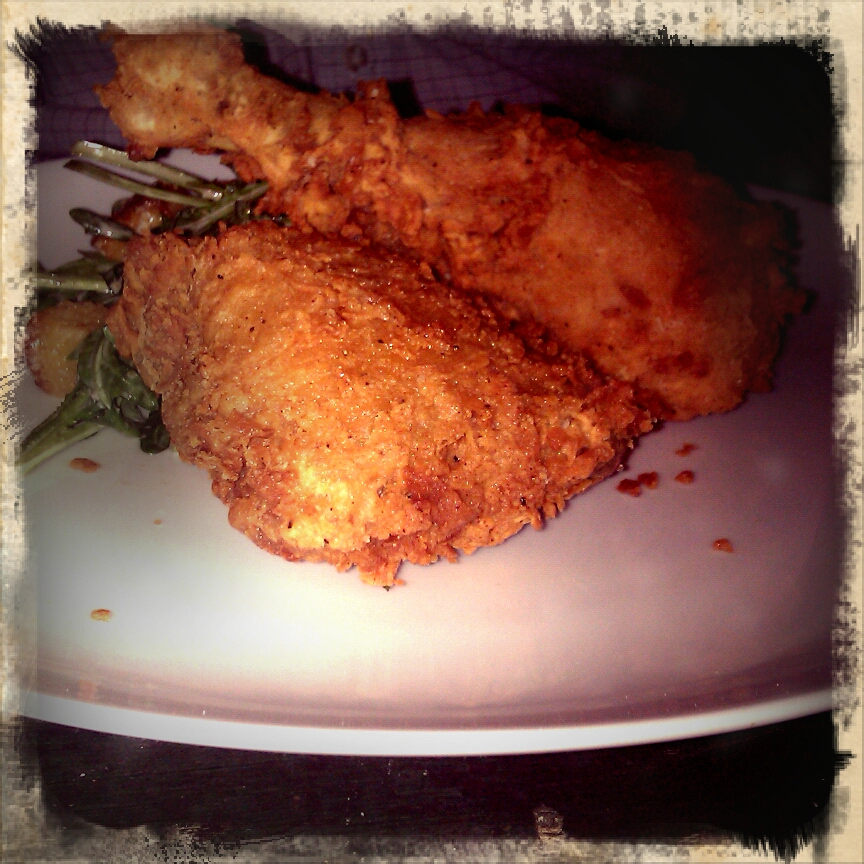 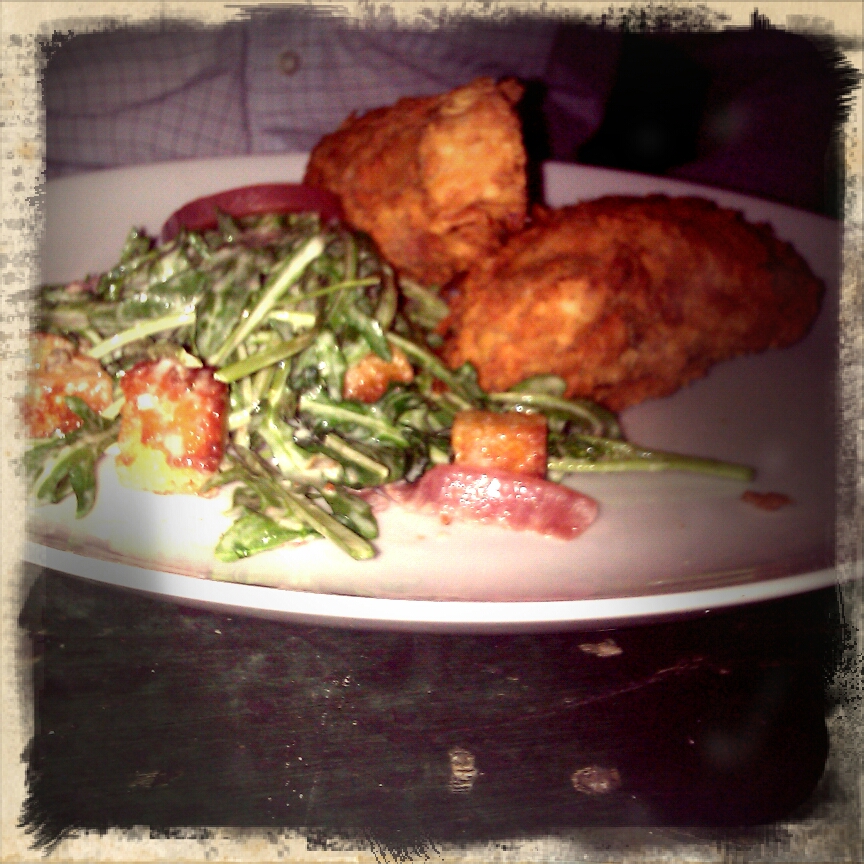 I opted for the Pork Belly which came with a panzanella of kale, butternut squash and apples. If you’ve ever read my blog, you may know that if given the choice, I’ll always choose the pork belly. Despite the fact that I’m allergic to apples I ordered it anyway, and decided to just eat my way around them! I couldn’t pass up this crispy belly. The belly must have been braised first them fried, ad it was really crisp on the outside but soft and supple on the inside. The fat, which had crisped up in the way you want your bacon to, melted in your mouth once you bit into it. It was divine. 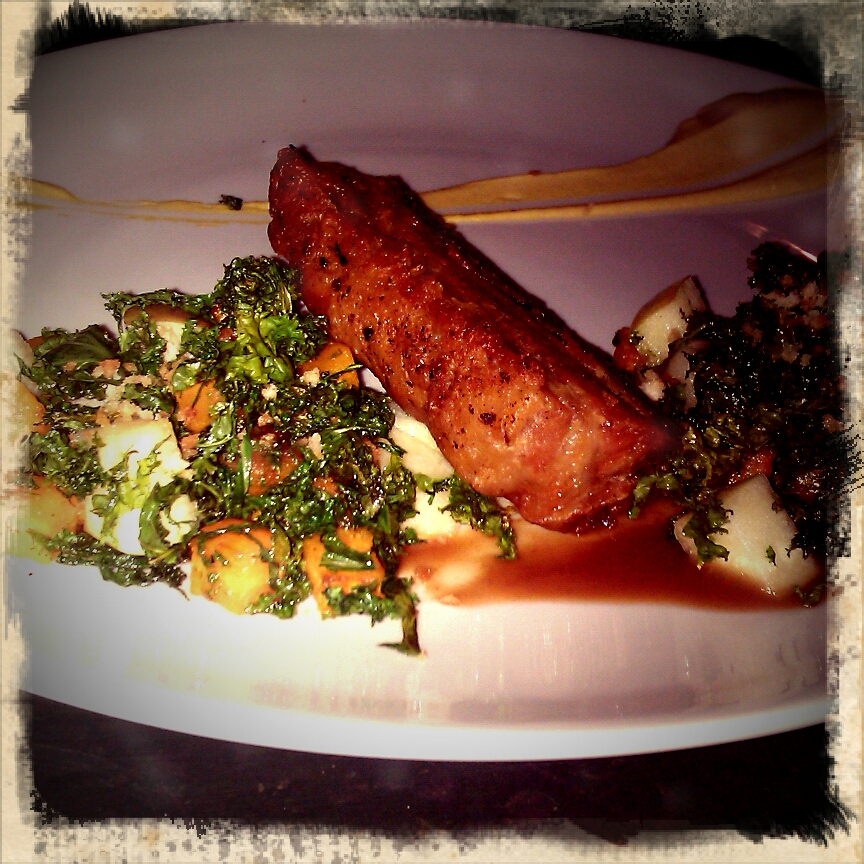 By the time desserts came we were both so full, but it didn’t stop us both from eating every bite!

Mike had the Apple Cobbler which was topped with oats and brown sugar and came with a ramekin full of homemade whipped cream. The whipped cream was just right, just enough sugar to give a hint of sweetness but a light enough hand that you could still taste the dairy in the cream. Mike said that the cobbler showed the same restraint. 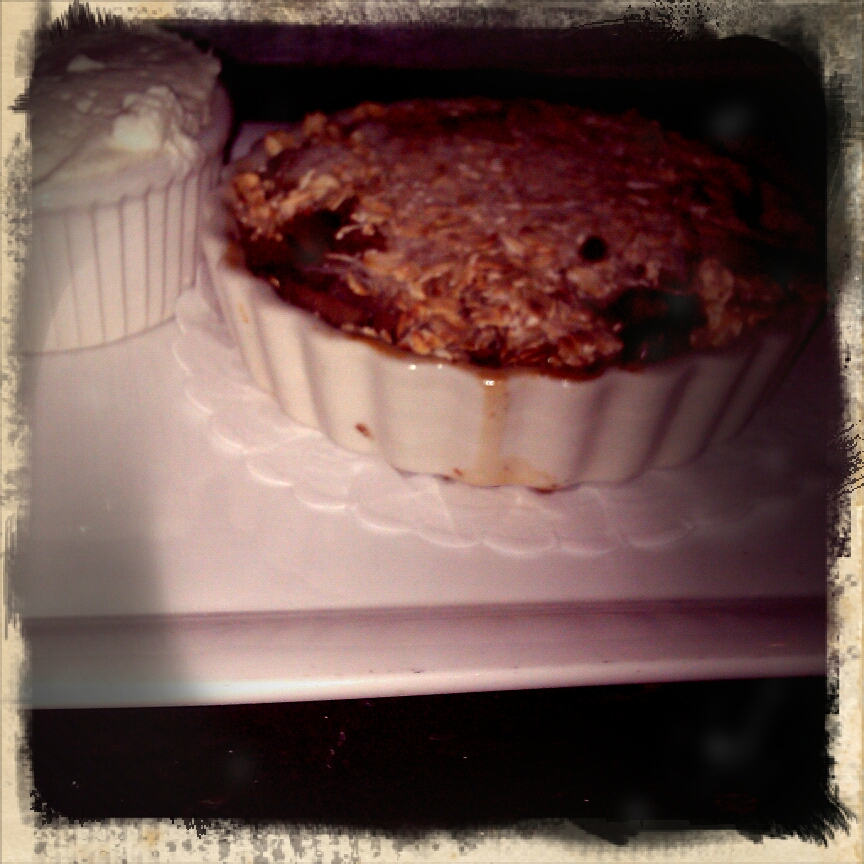 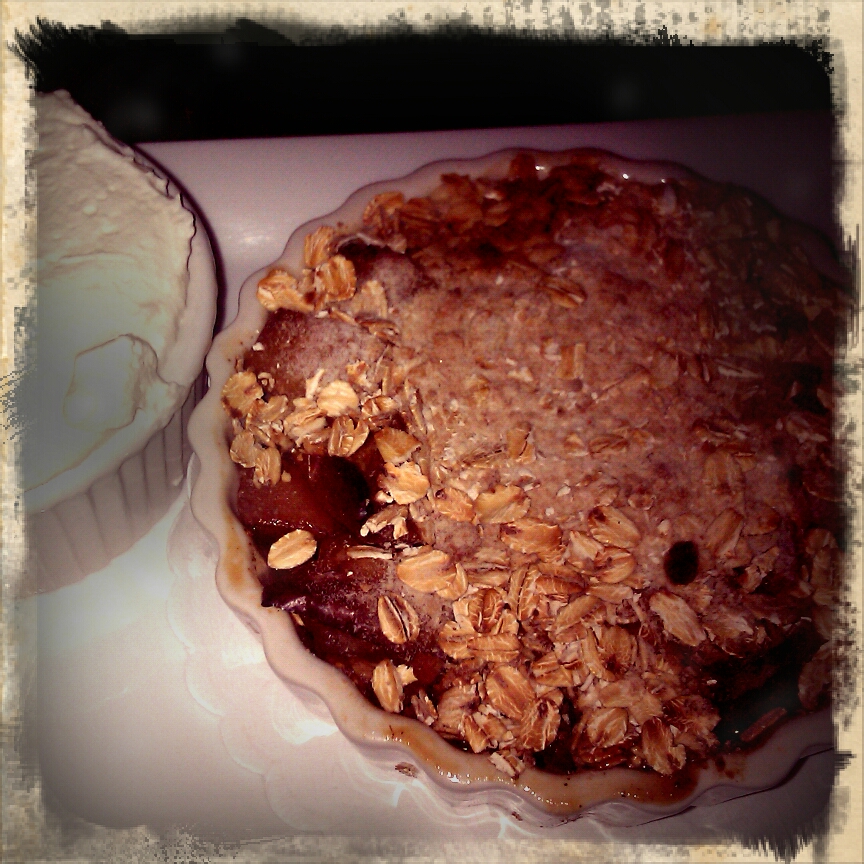 I had the Goat Cheese Panna Cotta that had honey, rosemary salt and roasted pistachios. The panna cotta was absolutely perfect. It was really creamy but still light. There was only a hint of the tang you’d expect from the goat cheese. The rosemary salt was a really nice contrast to the sweetness of the honey and panna cotta. The pistachios had a great crunch. 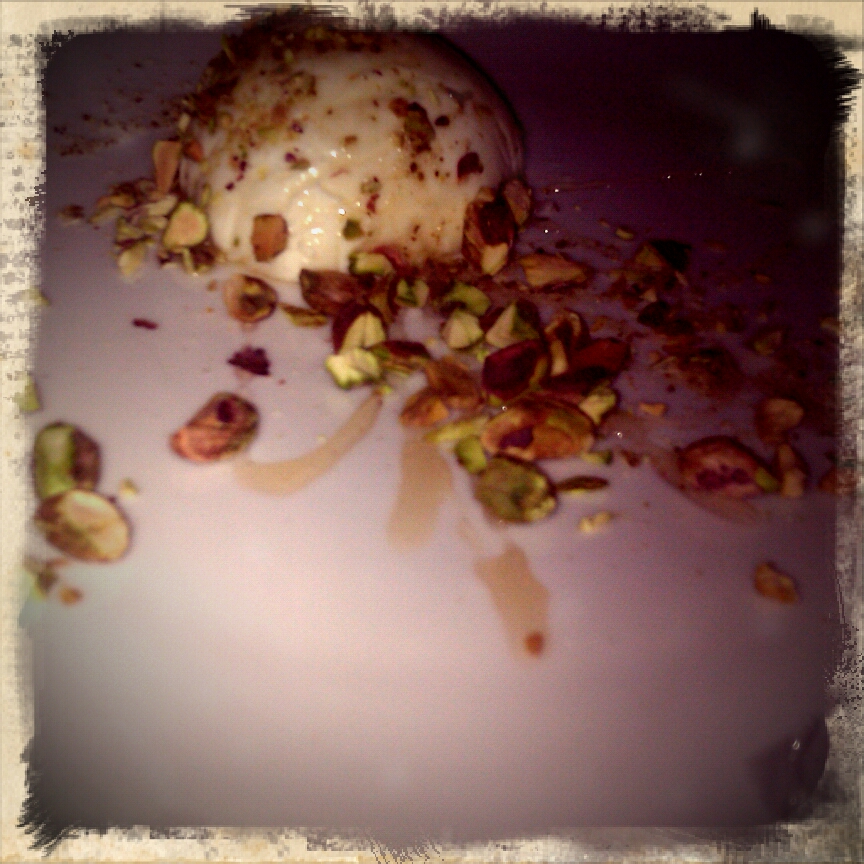 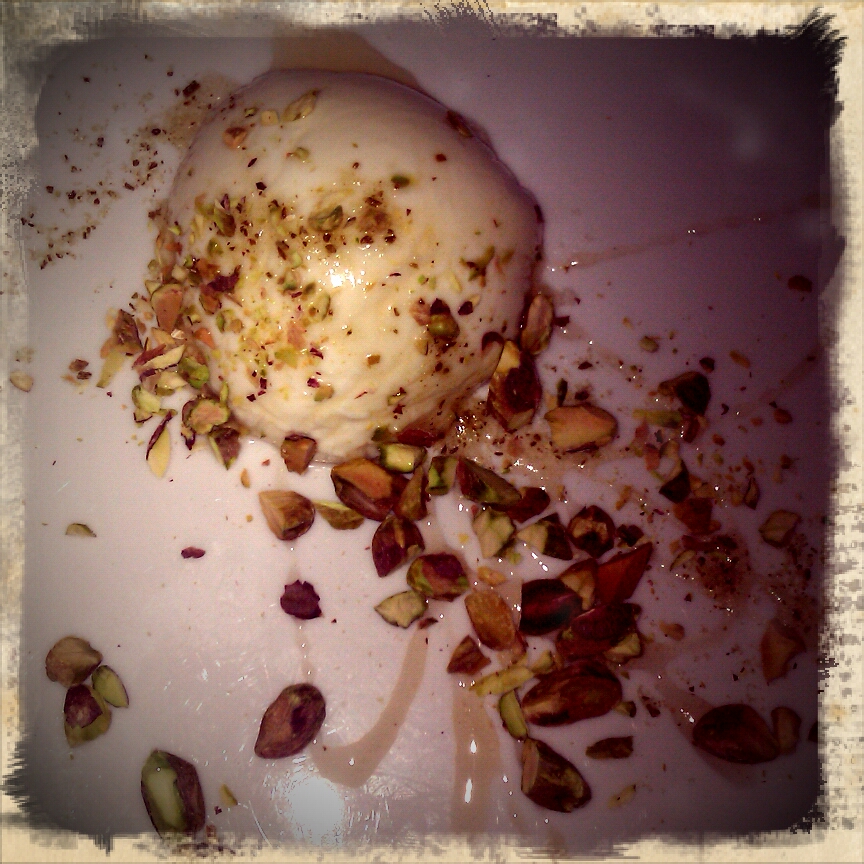 Mike and I are definitely adding this to our repertoire of go-to restaurants. It was well worth the 45 minute drive, and we can’t wait to see how the menu changes seasonally. I’m so pleased that because of Hudson Valley Restaurant Week, we were able to try a new restaurant (and at an amazing value).