This is Margaret Rizzuto sharing a recent lunch at FAB.

My friend and culinary cohort Patrice Costa and I headed over to FAB (French American Bistro) for lunch Monday afternoon. We went on the later side and had the restaurant to ourselves which was a real treat.  It’s an attractive restaurant with large french door style windows across the front and some sweet touches like a lovely poem over the doors written in both French and English. 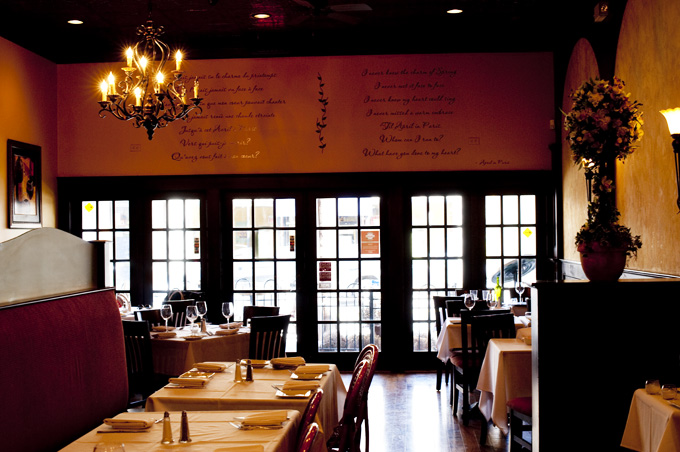 We decided to go with the restaurant week menu.  I started with a Butternut Squash soup which was a beautiful color and absolutely velvety with a delicate seasoning.  Patrice had the the French Onion Soup which had a rich broth and nicely caramelized cheese that added just a little crunch for texture. 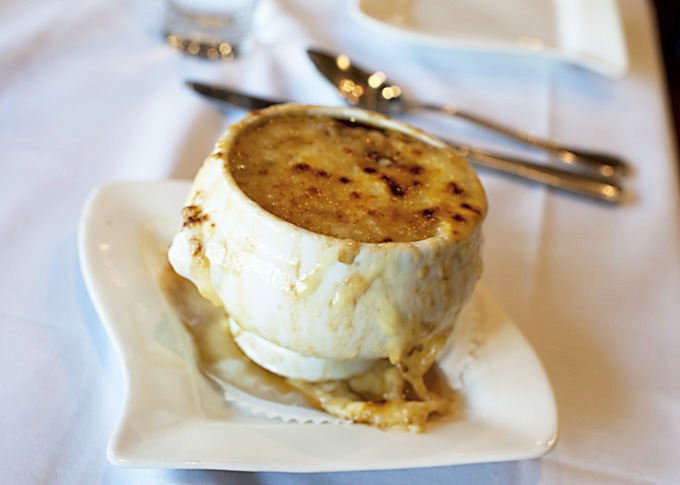 For my entree I decided to have the “create your own crepes”  where I selected from a substantial list of ingredients. I opted for the smoked salmon, tomatoes and goat cheese. My crepe was served with a lightly dressed salad and a lovely crepe with ample filling. The combination of goat cheese, tomatoes and smoked salmon was delicious inside the light and airy crepe. 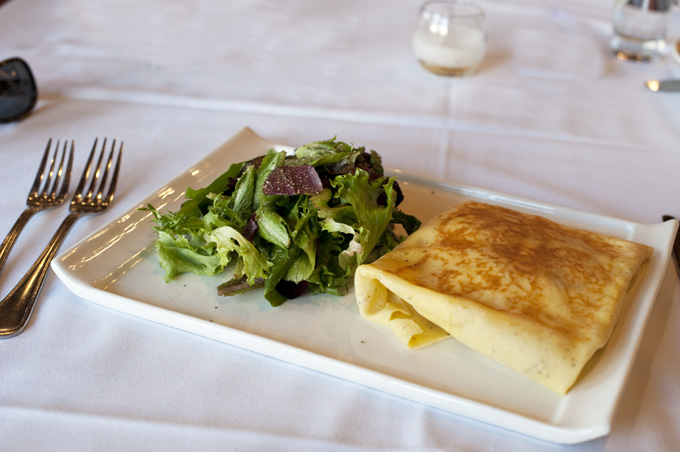 Patrice went with the Croque Monsieur which was also served with a side salad.  While the ham was quite flavorful, we were both a little surprised when it arrived and didn’t have that nice brown, crispy crust often associated with this preparation. For dessert, we had the Creme Brûlée and Chocolate Bread Pudding.  Both were flavorful. 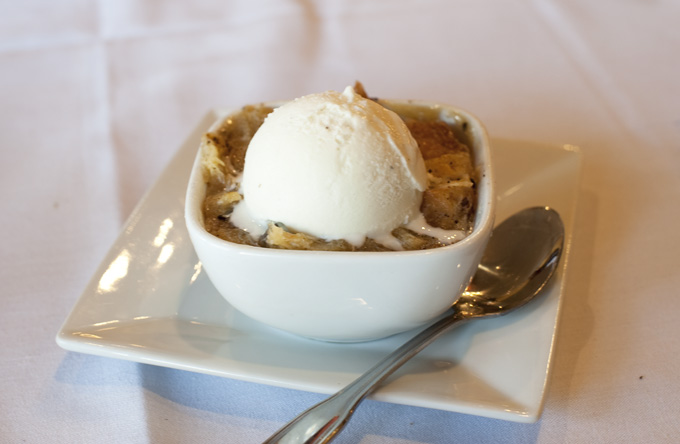