The first organized baseball game is believed to have been played in Hoboken on June 1, 1846, so it stands to reason that the first beer enjoyed at a ballgame happened right around June 1, 1846 as well.

Indeed, baseball and beer—bad hops and good hops–have a long and loving relationship. My earliest memory of the two intermingled was at Shea Stadium, when I was eye level to the turnstile. Seconds before measuring myself against that steely foe, I saw a feat of ingenuity that has stayed with me for decades: A few cases of beer, trussed up like a shipwreck diver’s booty, hoisted from one scraggly guy at street level to his friends, who pulled the rope while hanging over those old Shea ramps, a hundred feet above. Based on the way the Mets played that day, the cases of Meister Brau may have been for the players.

Baseball is on the brain in the Captain Lawrence tasting room a few days before Opening Day proper. There are scores of Yankee fans, of course, expecting nothing less than the annual late October showdown, while appreciating what might be Mariano Rivera’s last hurrah. There are some diehard Met fans, hoping for a pleasant surprise. “Madoff’s gone,” says Kevin Raum of Valhalla. “I’m optimistic.” 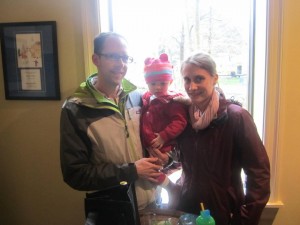 There’s a Phillie fan, and even a few Red Sox rooters. (Keep in mind, the Red Sox’ historic collapse last fall was a rare example of beer and baseball not going together well.) Jessica Young, a Vermont native visiting the tasting room from her home in Harlem, has the Boston baseball mindset pegged. “They’ll make us think they’re doing well,” she says. “They won’t.”

The wet weather has brought Kevin Raum and his buddies to the tasting room. Their softball team—it’s called the Amazin’s, if you’re scoring at home—was to practice in Hawthorne, but ended up hitting the batting cages at Sportime USA. As they could practically smell the hops wafting up Rte. 9A from the brewery, the Amazin’s’ spring training was cut short.

Mike Forde of Valhalla sheds a little light on why baseball and beer go so damn well together. “You’re outside for three or four hours, it’s a 70 degree day,” he says. “It’s like a barbecue and beer—baseball and beer just go hand in hand.”

Others offer up a variety of reasons. The peanuts and Cracker Jacks, as immortalized in our national pastime’s national anthem, practically beg for a tasty brew. The pace, or lack thereof, for those who simply don’t get baseball, of the game. And as baseball is a kissing cousin of softball, the rare sport you can actually play with a beer in your hand, softball’s social tendencies carry over to its more hardcore sibling.

Jessica, husband Tim and baby Riley are enjoying, respectively, a Kolsh, a Family Meal, and milk. She offers a novel reason for ordering up a ballpark brew: “It’s so much fun to hail the beer vendor.” 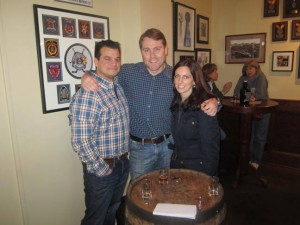 Ryan Collins of Valhalla and Chris Pozzi of Yorktown Heights had the routine down for years—at least until advanced adulthood kicked in: Stock up on Captain Lawrence growlers at the old Pleasantville site on Saturday, and show up early at Yankee Stadium Sunday. They’d enjoy burgers, marinated steak, and barbecue chicken, along with Freshchester Pale Ale and Brown Ale (“It’s a long day if you start with Imperial IPA,” says Collins), with 30 of their best buds.

“We’d save the crappy domestic beer for after the game,” says Collins. 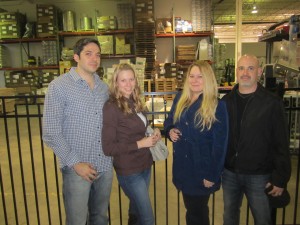 While few in the room disputed the baseball-beer bond, some felt that excellent beer goes well with most any activity. “There’s no event that beer can’t participate in,” says Kerry Walsh of Pearl River with a smile.

The author is paid by Captain Lawrence, partially in beer, for “Notes From the Tasting Room.”