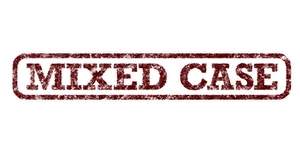 Hi folks. Hope everyone had a great Easter and Passover!  Last week we started a new wine feature in TJN and on Small Bites called Mixed Case.

For 12 Wednesdays in Life&Style, we’ll feature a wine, and include tasting notes and suggestions for pairings. At the end of the 12 weeks, we’ll review our Mixed Case, and recap the choices. Each mixed case will be chosen by a local wine shop owner, who will also become our wine expert-in-residence during his or her tenure. (So should we need recommendations for a holiday, for example. we’ll ask!) We’ll get a new expert every 12 weeks — for each case.

Kicking off the feature are Tony Russo and Andrea Kish, the owners of Aries Wine & Spirits in White Plains. I wrote a feature about them and their shop for the paper last week, and will include that after the jump. 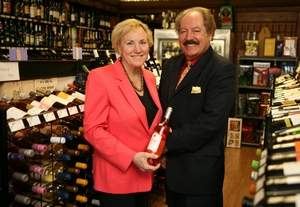 And, as a bonus here on Small Bites, we’ll present a video that includes tasting notes for the LoHud Wine of the Week, and let you know why they chose the wine they did. Look for that post right here: Chateau du Bois de la Salle Julienas 2010.

So, over the next 12 weeks, enjoy as we reveal our Mixed Case! The feature on Aries is just below.

Andrea Kish and Tony Russo are the kind of people you’d love to have around your dinner table. Especially if they’re bringing the wine.

Kish and Russo, who have been married — “forever,” laughs Tony — own Aries Wine & Spirits on West Post Road in White Plains. Their shop is a treasure trove of wines from Italy, France, California and other regions. And Kish and Russo love to share what they know about those wines, including their backstories. They also teach wine classes at Westchester Community College and the Scarsdale Adult School. And now, Kish and Russo are our inaugural experts for our new wine feature, Mixed Case.

For the next 12 Wednesdays in Life&Style, we’ll feature a wine they’ve chosen, and include tasting notes and suggestions for pairings. (Their first recommendation, a Beaujolais, Chateau du Bois de la Salle Julienas 2010, is below.) At the end of the 12 weeks, we’ll review our Mixed Case, and recap the choices assembled by Kish and Russo. Then we’ll introduce a new expert.

Kish and Russo will also serve during their tenure as our wine experts-in-residence. Should we need a suggestion for pairing wines, such as for the holidays this weekend, we’ll turn to them. (As we’ve already done. Read their suggestions for Passover and Easter, 2B.)

Coming up with wines they love was easy for Kish and Russo; pairing their choices down to 12 was hard. But Kish, who is a member of Les Amiees du Vin, says turning people on to new wines is one of their favorites parts about owning a shop.

“If someone just asks for a blanket recommendation, we’re going to recommend the wines that we like to drink,” says Kish — and that means wines from Italy, and, in the summer, rosés.

The couple opened Aries in 1984, but the property has always been a wine shop. Kish and Russo pack a lot in a compact space, and you could get lost browsing among the wooden shelves. A pressed tin ceiling and wood paneling on the walls give the shop a lived-in, well-loved feel.

They stock some 2,500 wines — 500 of them in a special climate-controlled fine wine room. Kish is also a master gardener. Each year, she grows more than 50 varieties of heirloom tomatoes in a community garden in Irvington. One of her favorite recipes is for Pasta Heirloom Tomatoes, Basil and Brie, which you can find on the Small Bites Blog at food.lohudblogs.com.

See! Just the kind of people you’d want at your dinner table.

Wines for Passover and Easter

Andrea Kish and Tony Russo chose a white and a red to recommend for Easter and Passover meals:

O’Dwyers Creek Sauvignon Blanc 2010 from Marlborough, New Zealand ($18). “Who says kosher wines can’t be serious?” says Kish. This has crisp grapefruit flavors typical of the region and will be a good counterpoint to the rich Seder meal.

Millbrook Tocai Fruliano Proprieter’s Special Reserve 2011 from the Hudson Valley ($17). “It’s the closest winery to us,” says Russo. And what fun to serve a local wine for your Easter meal! This is a crisp wine with bright fruit flavors of citrus and melon.