People are reading
You are at:Home»Restaurants»Openings»New on the Dining Scene: Burrata in Eastchester

Chas Anderson likes to say he’s hard-wired for the restaurant business. His paternal grandfather worked for The 21 Club in New York City and his maternal grandparents were French chefs. “Being a restaurateur is in my blood,” he says. 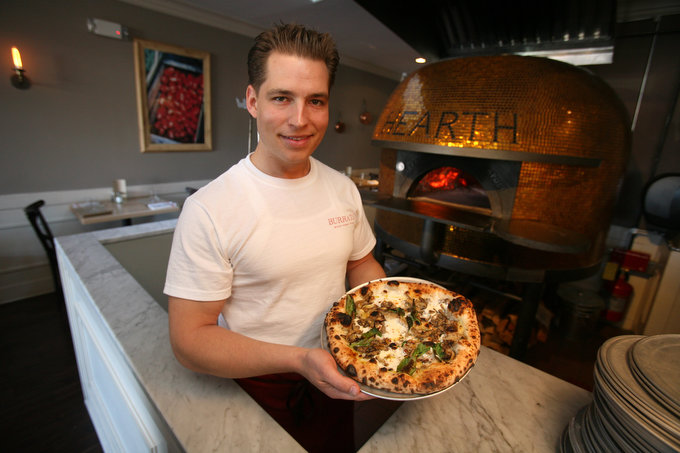 And so, thanks to good timing — Martini & Chocolates in Eastchester was closing just as he was scouting for a restaurant location — he’s now the proud chef-owner of Burrata Wood Fired Pizza, an authentic Neapolitan style eatery specializing in the artisan techniques of Italy. 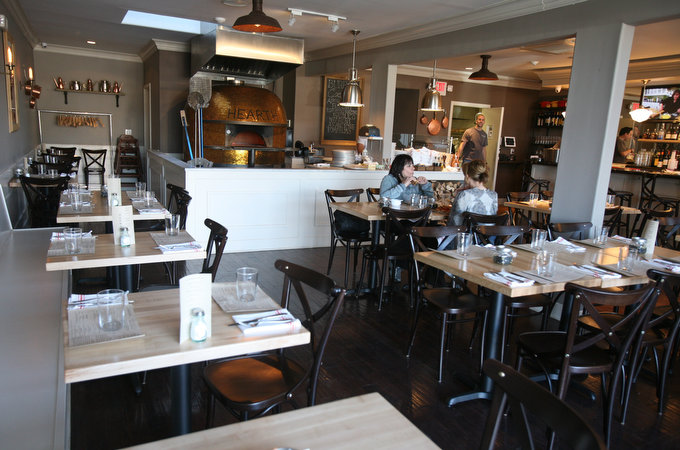 Photos by Mark Vergari/TJN. More photos, and more of Chas and his story, after the jump. 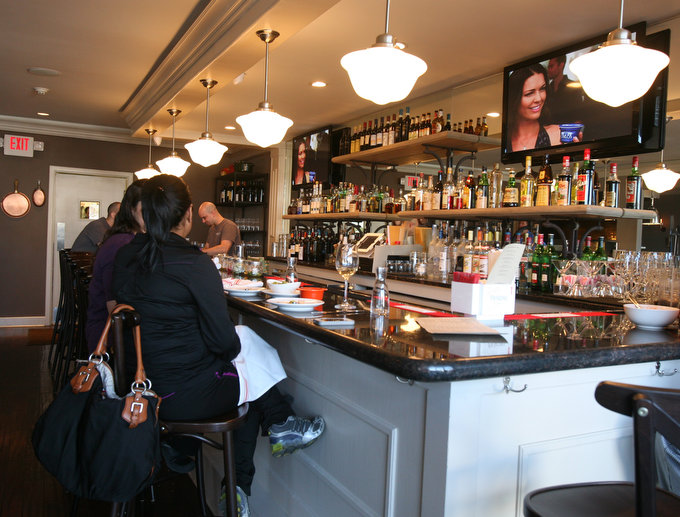 The restaurant, which Anderson, a French Culinary Institute grad, calls “his dream and his passion,” opened on February 13 with a simple menu: A choice of 10 individual-serving pizzas with a variety of toppings — 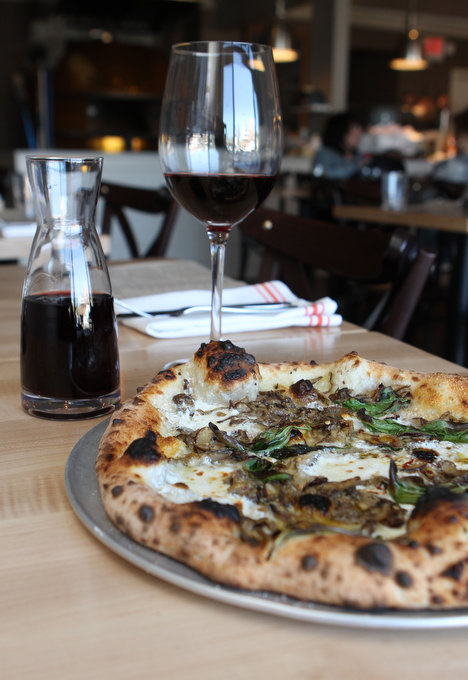 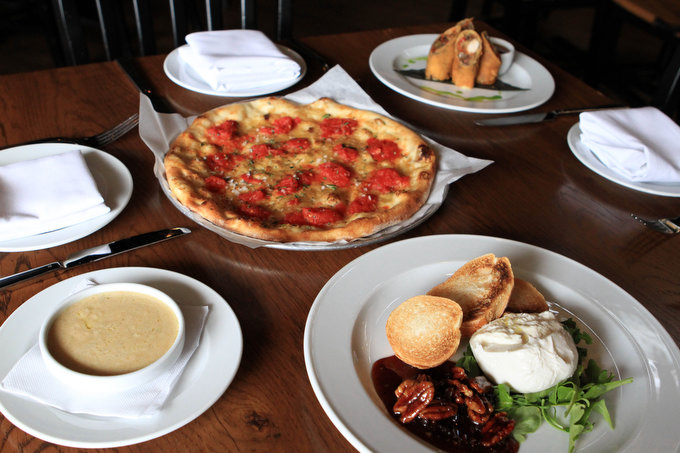 —  three kinds of salads, three sides, and a variety of antipasti, which include the restaurant’s namesake, burrata, an Italian cheese made from mozzarella and cream. (The name means “buttered” in Italian.) 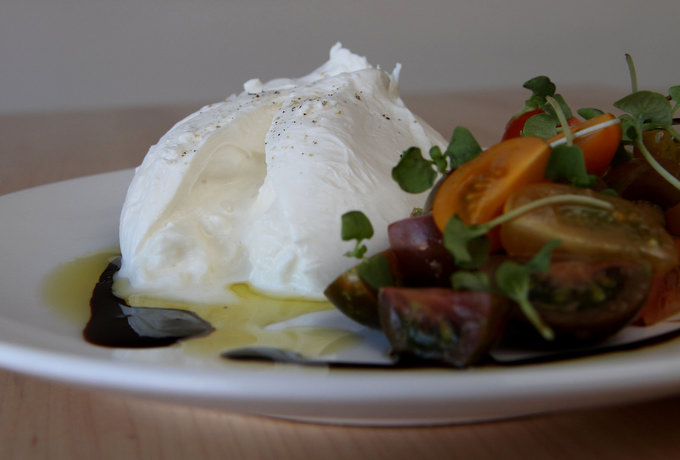 Though the cheese is definitely a winner, with an outer shell that gives way to an interior that’s soft and velvety, the big “wow” factor here is the huge, shimmery gold-tiled hearth wood-fired oven imported from Naples, designed by third generation master oven builders. It’s insulated with the volcanic soil of Mount Vesuvius and cooks the hand-formed 12-inch thin-crust pizzas in 60 to 90 seconds — and adds a great wood-burning smell to the dining room. 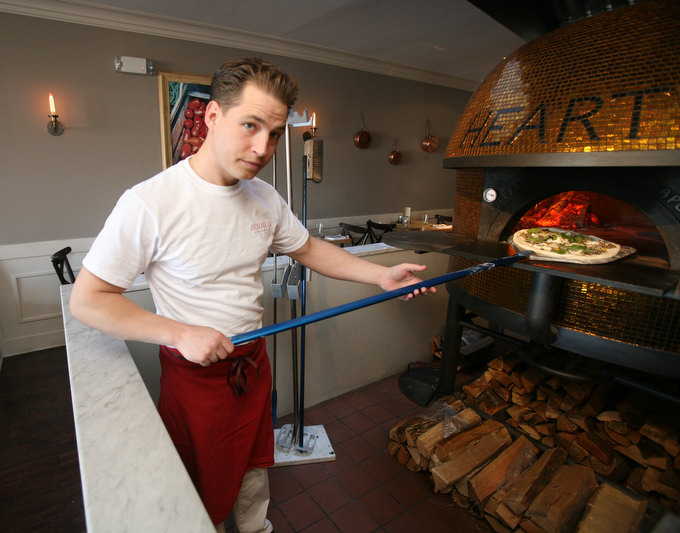 In other words, this is your not your usual grab-a-slice-to go pizza joint. Instead you’ll find a polished homey atmosphere with butcher block tables, linen napkins, mason-jar votives, and a carefully selected all-Italian wine list, with choices available in either quartinos or bottles. Most everything on the menu is sourced from Europe, with flour from Naples; tomatoes from a small food co-op in Puglia, Italy; olive oil from Greece; octopus from Spain, and so on. 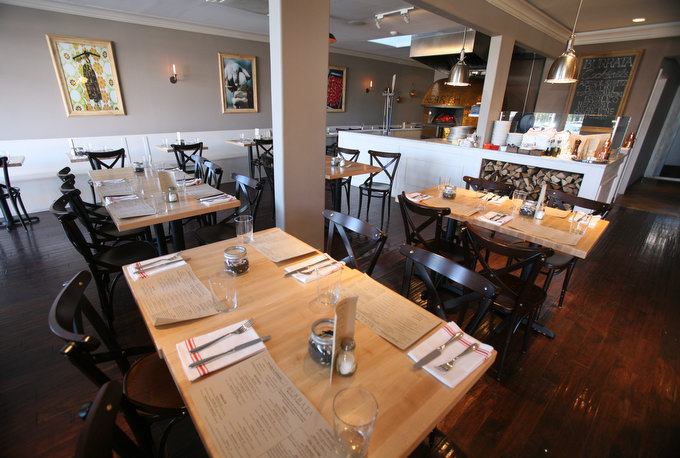 What Anderson can’t find in Europe – or what doesn’t travel well – he uses locally or as local as he can get. Authenticity is key, which is why he sources his burrata cheese from a farmer in Vermont, who is originally from Puglia. Superior quality ingredients and freshness are essential, and Anderson admits he’s passionate about educating diners about what “real” pizza is. “A lot has been lost in translation,” he says. 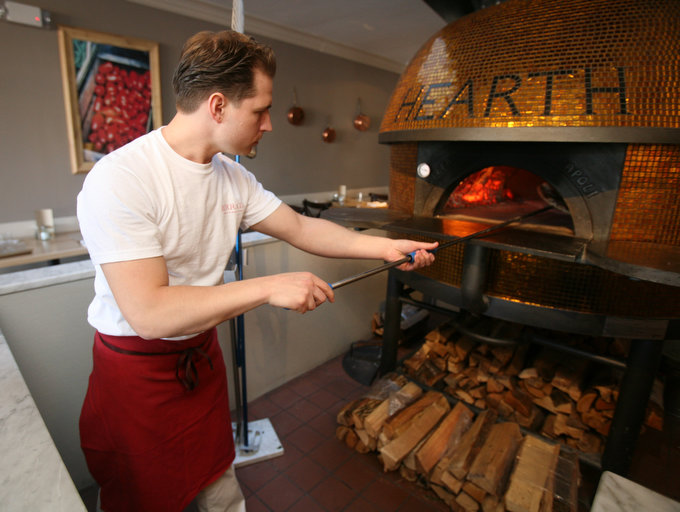 He should know. Anderson, who lives in Bronxville and grew up in Eastchester and Scarsdale, spent months eating his way through Italy, often eating pizza three or four times a day (when he wasn’t eating gelato or pasta with Bolognese), as well as meeting and talking with bakers and chefs to absorb and learn their cooking methods. Then he put his own spin on things. Among his favorite items on the menu: the Parigi pizza with Cognac onions, Gruyere, pancetta and fresh thyme, which came about because he loves French onion soup and wanted to create a pizza that tasted like that. “Pizza is essentially a flatbread with toppings,” he says. “But to me, it’s a canvas, you can paint anything on.”