People are reading
You are at:Home»Food Links We Love»New on the Dining Scene: Blue Bottle Coffee at Art Cafe

It’s pretty much a given that Art Café in Nyack makes the best cappuccino in town. And the dainty rosettes and ferns the baristas barristers draw in steamed milk make each cup a work of art. 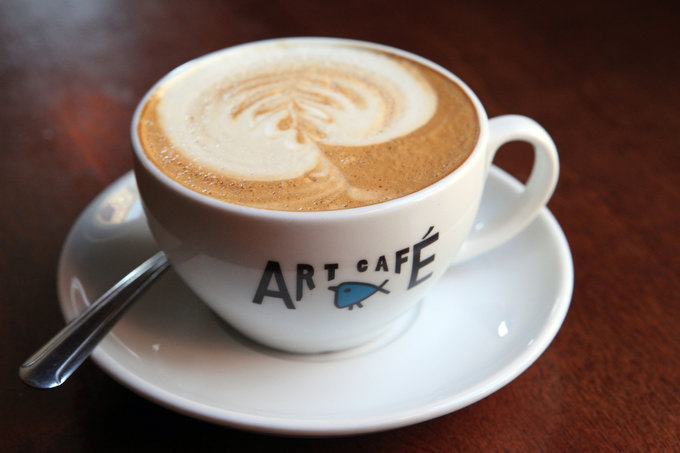 But its regular coffee is not everyone’s cup of joe. “We’ve had mixed reviews about the drip coffee since the beginning,” says owner Daniel Kramer. “People either love it or they hate it.”

Now, he’s betting on a unanimous decision in favor of love. Art Café is now serving Blue Bottle, a coffee from Oakland, Calif., that has a bit of a cult following. 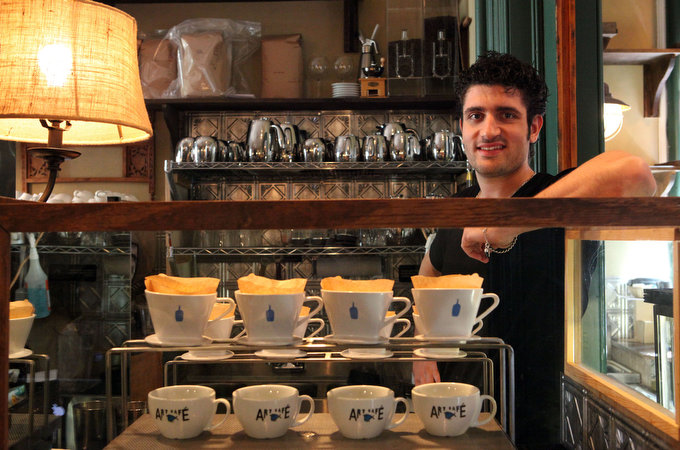 Blue Bottle sells organic, single-sourced coffee beans that must be served quickly after being roasted. Every cup is made to order in a special “drip bar,” which Art Café had installed. Blue Bottle also came in to train the baristas. 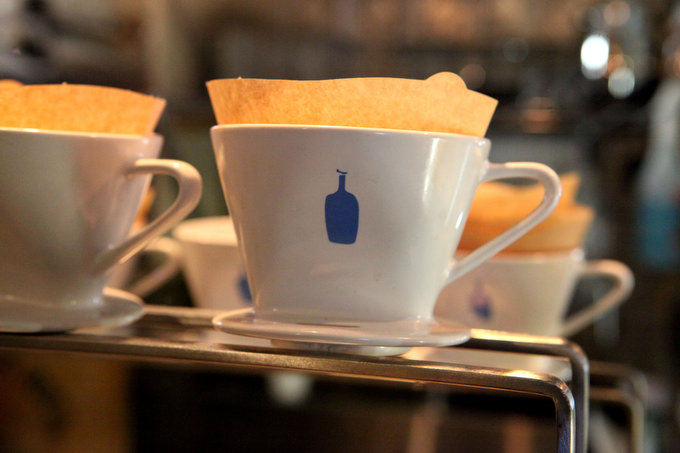 “Blue Bottle has a different way of doing things,” says Kramer. “They really focus on the freshness of the bean.”

The presentation of Blue Bottle coffee is beautiful, too, something that has always been a source of pride at Art Café. 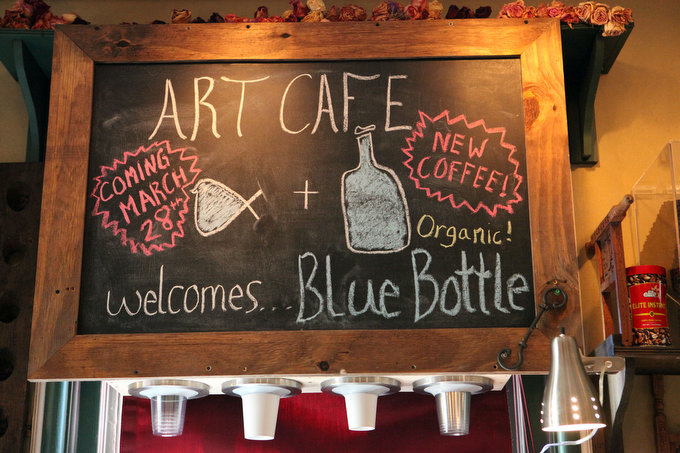 As each cup of Blue Bottle is ordered, water is heated to a precise temperature dependent on the particular beans.

Then a barista slowly pours a carefully measured amount over the grinds and allows them to steep for 3 1/2 to 4 minutes a cup.

It’s mesmerizing. You could just sit at the marble coffee bar and watch those coffees drip for hours.

If you order coffee for a group, you may also get a French press, which is also made with the same degree of exactness.

Art Café serves organic milk, so if you take your coffee with milk, you can now be assured that the whole cup is 100 percent organic.

“In many ways, it’s a big upgrade,” says Kramer. 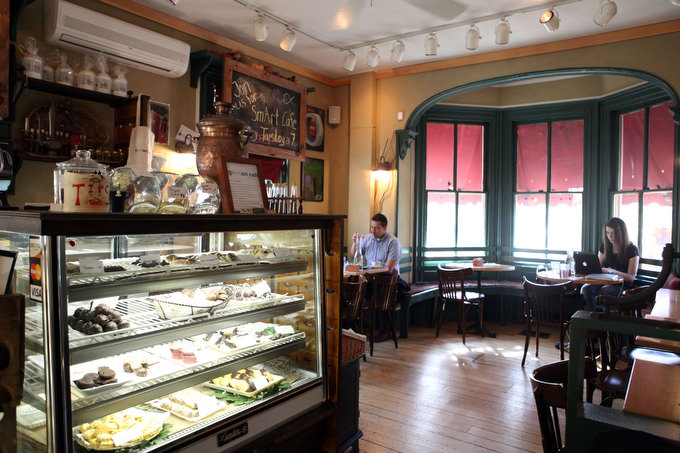