People are reading
You are at:Home»Food Links We Love»Notes From the Captain Lawrence Tasting Room, Vol. 14

Another Beer, Please, For the Subway Series

As we’ve noted in this space before, beer and baseball make for an unbeatable partnership. So, with the Yankees-Mets Subway Series on us in a matter of days, we looked to stoke a little debate by gathering a prominent Yanks blogger and a Mets counterpart around the same tasting room table to break down the Series–and of course sample a few brews. 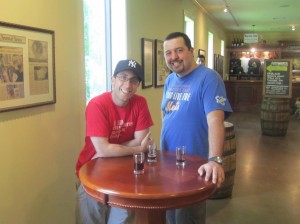 Johan Santana’s unforgettable no-hitter is still fresh in every Met fan’s mind. So when asked to grade the Mets’ performance thus far in 2012, Matthew Artus of the lively blue-and-orange blog Amazin’ Avenue cops to being a bit giddy. “You picked the right day to ask,” says Matthew, sporting a Long Live the Mets t-shirt, over a Captain’s Reserve Imperial IPA (“a nice balance of flavors,” he says.) “They’ve probably exceeded all expectations.”

With David Wright playing like an MVP, some less likely standouts emerging, and the Madoff legal woes in the rear view, Matthew gives the Amazin’s an A.

Ben gives the Yankees a B or B-.

Well, a Yankees team playing at B level and a Mets squad at an A (the tied-for-1st Mets, at least of presstime) makes for a fairly even matchup, at least on paper, for the Bronx showdown starting June 8. Ben predicts 2 out of 3 for the Yanks. Matthew forecasts 2 out of 3 for the Mets, and says he’ll consider “upgrading” that if Johan Santana’s next start is postponed to the weekend.

Despite their rooting differences, Ben and Matthew have a lot in common. Both are New York City natives (Ben is from the Upper West Side, Matthew is from Brooklyn) with no discernible accent, both regret passing up a chance to see Santana’s masterpiece in person, are within a year of 30 (Ben is 29, Matthew is 31), and are avid craft beer consumers–which seems to go hand in hand with blogging baseball. 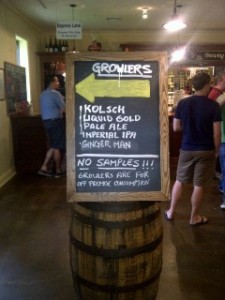 We try the Kolsch. Ben, an attorney, calls it “a good summer beer—fairly easy to drink. You don’t feel like you have two and want to pass out.”

Matthew, who works for WWE (he’s wrestler-big, but is actually a multimedia producer for Vince McMahon’s outfit), adds, “It encourages you to unwind, take it easy.”

While Yankee Stadium may have the mystique, Ben concedes that Citi Field has the better brews. “I have beer issues with Yankee Stadium,” he says. “The selection there kind of sucks.”

Ben says the Mets have done a better job incorporating local beer into their lineup, but finds a Goose Island IPA or two at the Stadium works fine by him.

Matthew’s beer choice is usually tied to what he’s eating at Citi, though the Blue Point Toasted Lager is his go-to tap out in Queens.

“These tend to get too heavy,” notes Matthew. “This is just right.”

Also tending towards heavy is the hype surrounding the interleague showdown. While both baseball scribes acknowledge that Mets vs. Yanks, happening regularly since 1997, has all but lost its novelty, there’s still something to be said for a packed stadium, the casual New York fan’s reinvigorated passion, a little trash talking and, most important, the bragging rights at stake between friends, family and co-workers.

“It’s not a series you circle on the calendar anymore,” says Matthew. “But it’s more than just an average weekend series—it does mean a little more.” 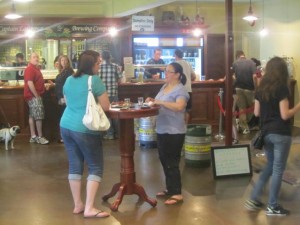