People are reading
You are at:Home»

Not many families can say they’ve owned a farm for about 300 years,, owned by one family for spanning 11 generations. But The Orchards of Concklin, which celebrates its tricentennial today with a festival at the farm in Pomona, is a true family farm that has weathered changes from the American Revolution through the Industrial Revolution and beyond.

For years the Concklins ran a dairy farm, but they started farming the land out of necessity. Their corn supplier went out of business, so, in the 1940s, they did what any resourceful farmer would do: They began to grow their own. Once the farm had transitioned from dairy to fruits and vegetables, it initially grew produce for the wholesale market and delivered to the supermarkets. Then with the advent of warehouses and distributors, things began to change again.

“The story of our farm is really a story of change,” says Linda Concklin. “We went from dairy farming to fruits and vegetables, we switched from big, standard trees to dwarf trees on trellis systems so we get into production sooner. We put up a deer fence surrounding our property that yields us far more produce. The farm is constantly changing and evolving.”

Concklin who oversees the business side of the farm, bakery and helps out in the farm store. Her son Scott Hill is responsible for the farming and her brother Rich Concklin runs the greenhouses, oversees the whole operation and does the produce buying. They all participate in and enjoy attending farmers markets.

Here is a Q&A with Linda Concklin.

How many acres are on the farm?

The farm is 100 hundred acres with 80 of those acres being actively farmed. The rest are used for sports, trees, wooded areas and an excellent sleigh run that holds fond childhood memories.

What do you grow?

The farm practices IPM (Integrated Pest Management) farming which is an effective and environmentally sensitive approach to pest management. Pheromone traps are set, then depending on the types and amounts of insects caught, we treat specifically for that variety of insect. We rarely use broad-spectrum pesticides.

How has the farm changed over the years?

As mentioned above, the farm is constantly changing in both big and little ways. Our biggest change most recently has been the addition of the deer fence, that’s been a great addition to the farm. Since putting up the fence we now get 90 percent of our production. If one of two deer get into the farm, that’s workable. A heard of 20 to 40 however, does a lot of damage.

Where do you sell your produce?

Ninety-nine percent of our selling is retail — selling directly to consumer. We have a market right on the farm that is open 10 months a year. We also sell at 25 different farmers markets in Westchester, Orange County, Long Island and Manhattan.

Tell us about your most successful season?

Really, every season since putting up the deer fence has been great!

What was your hardest season and why?

Last season was a bad growing year because of weather. Then the selling season was truncated because there was so much rain and the fields were so wet. Then the snow storm in October really ended the season for us. Weather conditions were difficult, people couldn’t get to us and we couldn’t get to the people. The impact of event after event added up. Its one of the reasons we farm the way we do growing apples, peaches, pears, tomatoes, growing in the greenhouse, growing outdoors, so we spread our risk so we don’t get wiped out.

We usually have another crop we can fall back on but last year, things just stacked up. Even our truck! It was parked in NYC and a guy had an epileptic attack and smashed into it – it was that kind of year. Fortunately, we don’t have many like that.

What is your favorite thing to grow or raise, and why?

Is there a lesson that you’ve learned farming that you might apply to life?

One of my favorite things to do in summer in to slice a ripe peach in half and grill it. We carry a wonderful 12 year old balsamic vinegar in the store — when the peach is grilled, put a drop or two of vinegar on it — delicious!

Margaret Rizzuto is a Hudson Valley based Portrait and Food photographer.  Her work can be seen at www.margaretrizzutophotography and mrpculinaryart.com. Scenes from Our Farms is a weekly series. Log on each week for a new profile on a local farm. 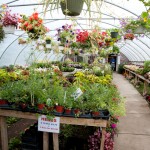 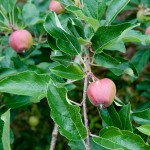 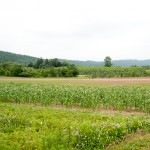 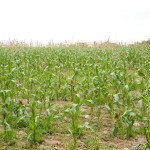 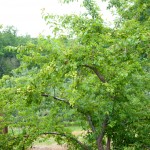 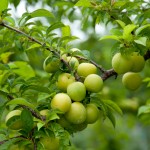 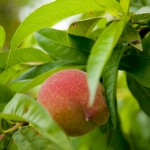 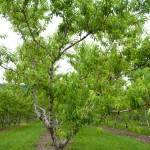 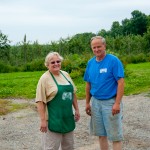 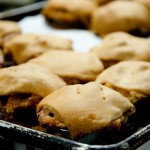 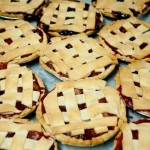 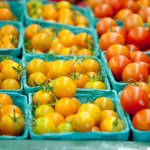 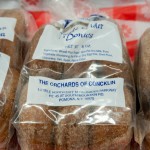