People are reading
You are at:Home»Columns»Spices and Seasons – My Slow Cooker and Rosemary 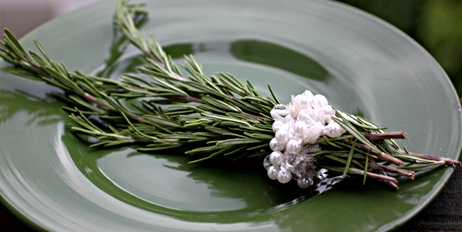 Rosemary is the herb of remembrance and although it is used year round, in my mind I think of it as a winter herb. It can survive the bitterest cold. Over 12 years ago, when we moved into our house, the garden was nothing like what it looks like today. There was the back corner which had some remnants of plants. The Moraldos who had build the house five years ago, were also good gardeners. They had however not planted anything that summer because they were not sure when we would move in.  We moved in around early August, and spent most of fall focusing on getting the inside squared away. In winter, I was pleasantly surprised to see a fragrant green bush that was green and healthy amidst a snowy backdrop.

Curiosity, prompted me to reach out smell it and sure enough, it was hardy and fragrant Rosemary. It is indeed a woody evergreen perinneal. The name rosemary means dew of the sea, so named in Greek because in some places the plant can survive with just the humidity of the sea breeze. Interestingly, enough it is a popular herb these days with experimental chefs in India, in fact, after my last trip I was inspired to actually try somei mixing and matching with rosemary myself, such as in this recipe for potatoes.

We are now well into the center of summer. I shall actually be switching gears after this and be telling you about my summer coping skills and get back to the ingredients again. This mini-series can be our own Indian summer, ok Indian summer inWestchester. Grilling on a really hot day never quite made much sense to me. I am strange that way. The truth of the matter is, I do not really function well when it is very hot. I tend to get tired, and even the kitchen which is my usual solace seems to become a rather unwelcome place. I do love my grill just tend to use it more in early fall than summer. 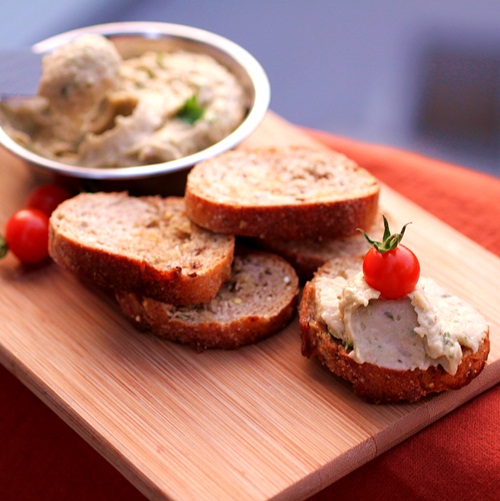 Instead I turn to my slow cooker. It is the most essential cooking tool in my house after my pressure cookers (Yes, that was meant to be plural), I shall however tell you about my pressure cooking at a later day, today it is about the slow cooker. I use my slow cooker happily and extensively all through the year. It is less about fixing and forgetting, since I do tend to supervise and nurture the dish, it is mostly about the quite cooking that does not generate a lot of heat. To get the best results from slow cooking to create curries (I do both Thai and Indian), the occasional attention is essential. I also use it for things such as chickpeas for hummus and soups.

A few days ago, I made this lovely white bean spread. It is surprisingly creamy. It is mostly a soft combination of white beans with olive oil and keeps fairly well in the refrigerator. The cherry tomatoes are out in the garden and actually we just had our first tomatoes as well. Today, we enjoyed this with whole grain crostini and tomatoes. I have revived and improved this fish curry that I made last year and of course made this mint and almond slow cooked chicken curry.

So, how do you beat the heat?

2. Cook on high for 3 hours. The beans should be soft and the moisture mostly absorbed.

4. Place in a blender and add all but 1 tablespoon of the oil.

5. Squeeze in the lemon juice and blend until smooth.

6. Place in a serving bowl and sprinkle with parsley and drizzle the remaining 1 tablespoon of oil before serving with toasted whole grain baguette slices and cherry tomatoes. 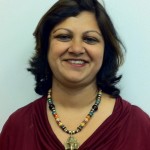