People are reading
You are at:Home»Restaurants»Openings»5 Great New Restaurants in Westchester

The restaurant scene changes quickly around here, and summer is a great time to catch up with some of the new openings. From a fantastic renovation of the former Mamaroneck train station to a facelift on an Irish pub in Mount Kisco, here’s a look at five restaurants we’ve covered in New on the Dining Scene recently. 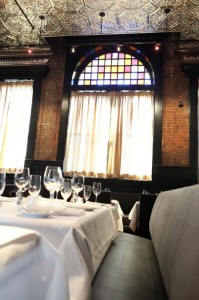 A shimmery tin ceiling, glittery chandeliers, massive fireplace and intimate seating areas make this overhauled train station a spectacular space. Couples and the after-work crowd come early for martinis and snacks at the bar, which uses the old station ticket windows as its backdrop. The dinner crowd fills the dining room until midnight. Those who remember chef-owner Brian MacMenamin from his days at New Rochelle’s MacMenamin’s Grill will recognize the menu, which is heavy on beef and chops with locally sourced ingredients and a global flair. There are panko-and-mint-crusted lamb chops, center-cut Chateaubriand filet mignon, bone-in New York sirloin and roasted loin pork chop. Entrees range from $14 to $38. 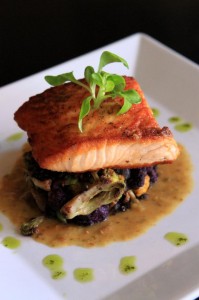 A smart, sexy looking space complete with upholstered booths, black tabletops, lots of mirrors and blackboards and hanging light fixtures that give the restaurant a lovely glow. The New American menu is designed so you can “eat” or “dine” with a variety of small plates and entrees. There are plenty of child-friendly choices such as burgers and chicken fingers, as well as more innovative items like an ahi BLT, carpaccio of ruby and golden beets, and Brie sliders. The restaurant is budget-friendly, too: A three-course prix fixe dinner is $24.95 and includes appetizer, entrée and dessert. 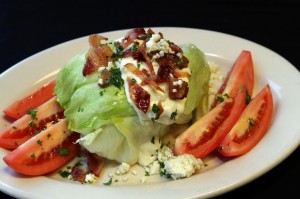 Part gastropub, part lounge and part live music venue, MTK Tavern has a little something for everyone. The pubby front area has a long wooden bar and high communal tables; the loungey back room has couches and cocktail tables. And cocktails are king here, with a selection of more than 100 spirits, especially deep in bourbon and tequila. The menu — “American tapas,” they call it — is inexpensive and fun, with sliders, lobster rolls, salads, and shareable dishes such as risotto with jalapeño and cheese; roasted rosemary fingerling potatoes; and cheese and olives with crostini. 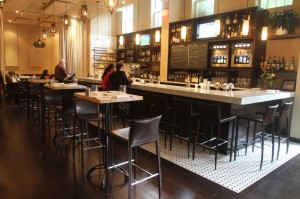 Upscale, hip and fashionable with good food, too. A sister restaurant to the original in Philadelphia, and both emphasize regional Italian food with a focus on farm-to-table. The 15-seat bar is about 10 inches wider than normal restaurant bars so patrons have plenty of room for dining — and sharing. The menu is divided into Cured Meats (“Salumeria”), Artisanal Cheeses (“Formaggia Artigianale”), Crisp Toast and Toppings (Crostini), and Antipasti. There are also entrees, handmade pastas and artisanal pizza. 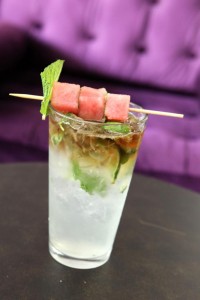 A funky, modern library-like décor filled with homey hang-out spots including the centerpiece: a large living room setup in the middle of the room with an oversized purple couch, assorted chairs and a huge coffee table meant for lounging (and grazing). A small-plates menu is divided into “tastes,” “tapas,” “to complement,” “to share,” “or not to share,” and includes wood-fired pizzas, cured and aged meats and market greens. Ideal for a group: The option of five tastes or tapas and a pitcher of sangria for $50.