People are reading
You are at:Home»Cooking»What? A Bacon Shortage?

Reports from an industry trade group in Britain have been cited by several publications saying that “a world shortage of pork and bacon next year is now unavoidable.” 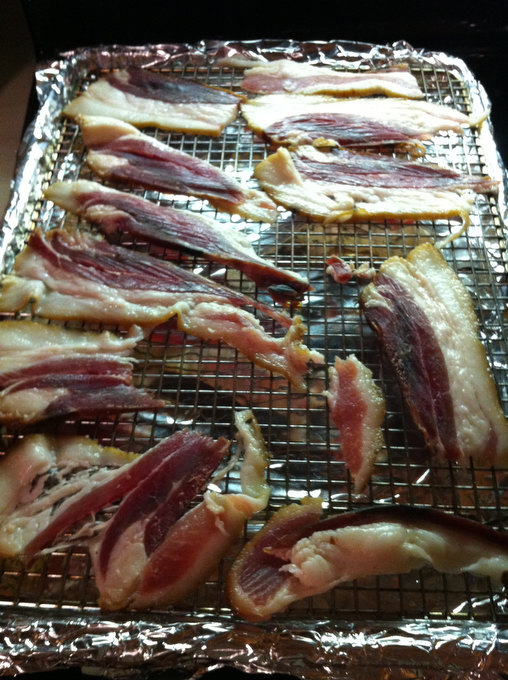 “It’s disheartening news for the bacon lovers of America,” says chef Eric Gabrynowicz, who owns Restaurant North in Armonk and is known for his love of all things pork. On his menu: the Bubba Burger with bacon and a flatbread with caramelized onions, creme fraiche and bacon.

The LA Times’ Money & Co blog has reported that the shortage will come from the drought conditions that destroyed corn and soybean crops this year. Less grain means fewer pigs.  The Financial Times says that a report from Britain’s National Pig Association says the trend will continue around the globe.

The LA Times reported that farmers in the US slaughtered more pigs than ever — “rising 31% to 580.8 million pounds at the end of August from a year earlier,” — as farmers wanted to have smaller herds to avoid the expense of feeding them. 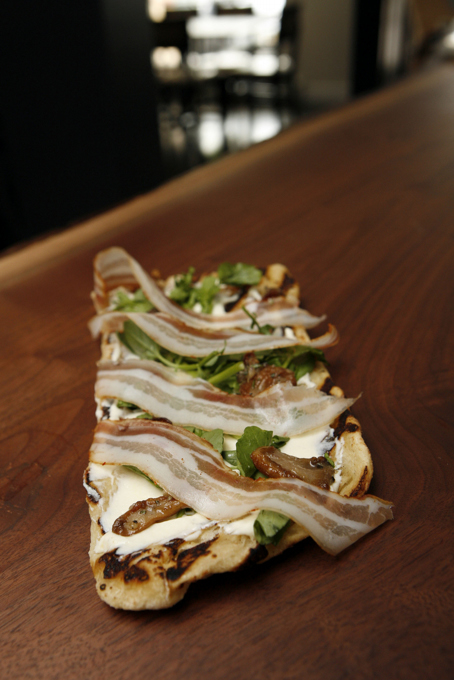 “It makes a ton of sense,” says Gabrynowicz. “I would venture to guess that pig is not going to be the only thing suffering because of the drought in the Midwest.” He said his wife’s uncle, a corn and soybean farmer in Ohio, had to cash in crop insurance this year for the first time in the history of his farm, which has been in the family for more than 60 years.

Gabrynowicz, who buys his pork from Meiller’s Farm in Pine Plains, says that he hopes restaurants will form relationships with local farmers and buy whole animals directly from them, then follow the nose-to-tail philosophy in their own kitchens. “I think these are the types of things that force us to use our talents and culinary skills and use the whole animal,” he says. ” You’re going to get chefs who just call up Cysco and order bacon. So if it does nothing more than respect the food chain a little more that’s looking at the bright side of things.”

Here are a few links about the story:

From Small Bites:
Great Moments on the Grill: The Bacon Explosion.
Bacon-Wrapped Scallops at Rick’s Seafood in Mahopac.