People are reading
You are at:Home»Columns»Spices and Seasons – Black Peppercorns

The spice for this week is the black peppercorn, brave, bold and full of power packed warmth, hopefully enough to chase the chills away.

Growing up, I somehow was not familiar with the peppermill, black pepper like most other spices was ground up fresh and used as needed. The peppermill howoever is one of my most indispensable kitchen tolls. My children like their food mild, so it is not uncommon for me to add a common dose of zest by sprinkling on black pepper on the side. 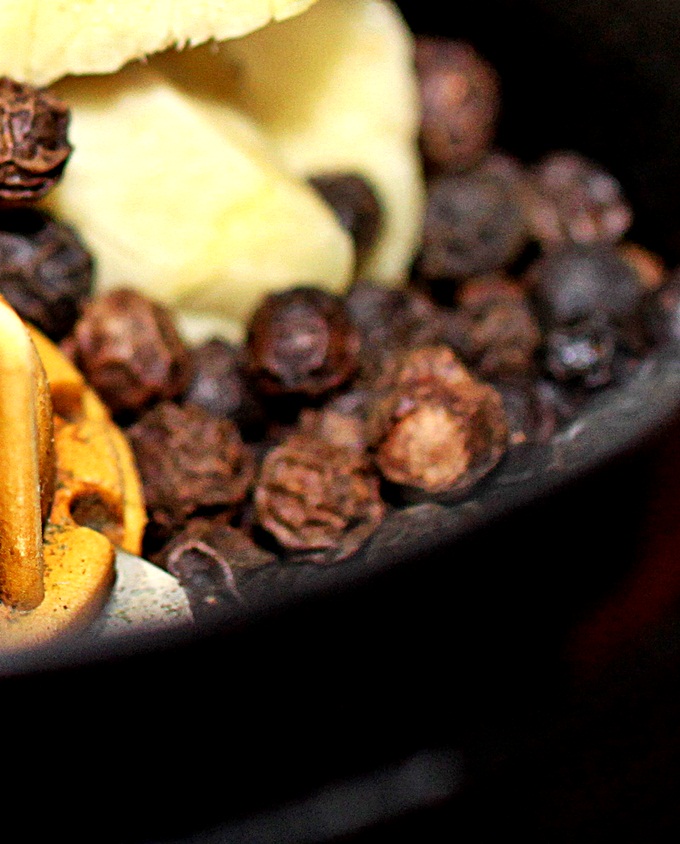 The black peppercorn is the fruit of a flowering vine that is native to Southern India and Sri Lanka. The different colors of the peppercorn, white, green and black are really different degrees of ripeness and results in varying degrees of heat. The black pepper powder is really the ground up version of these fruits and is one of the most commonly used spices in the world.

I am heading to India for a week to catch up with family and start our holiday season, so I have been a little rushed. One of these weeknights, I cobbled together a hearty one dish slow cooked meal, that has been with me since my graduate school days, a coforting meat, potatoes and rice dish. I have doctored this a little over the years with the addition of the fried onions, but otherwise, this dish is as simple as it gets. I was pleasantly surprised when I had tweeted about this dish, that someone had asked me to share the recipe. Well, here it is for my friend and anyone else who might be willing to give this dish a try.

It’s humble and homey appearance belies, it rather flavorful tastes. 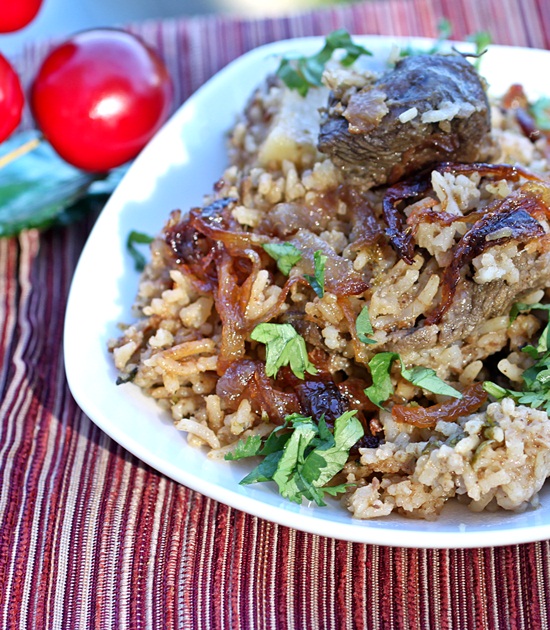 To garnish and finish

1. Place the cardamom seeds, cloves, cumin and coriander seeds in a spice grinder and grind to a fine powder.

2. Place in the mixing bowl or the slow cooker, add in the ginger garlic paste, yogurt and mix well.

3. Add in the cinnamon, bay leaves, cayenne, black peppercorns and the lamb and mix well.

4. Add in the potatoes, salt and sugar and the tomatoes and set the slow cooker on high for a four hour cycle.

5. Slow cook the lamb for 3 hours, stir once or twice if desired.

6. After about 31/4 hours, stir in the rice and 1/2 cup water and cover and cook until done, stirring gently.

7. While the rice is cooking heat the oil and add in the onion and cook the onion for about 15 minutes, stirring slowly until the onion wilts and turns a dark toffee color.

8. Stir in the onions, and add the clarified butter.

9. Garnish with cilantro and serve.