People are reading
You are at:Home»Food Links We Love»Notes From the Captain Lawrence Tasting Room, Vol. 35

Shelter From the Storm 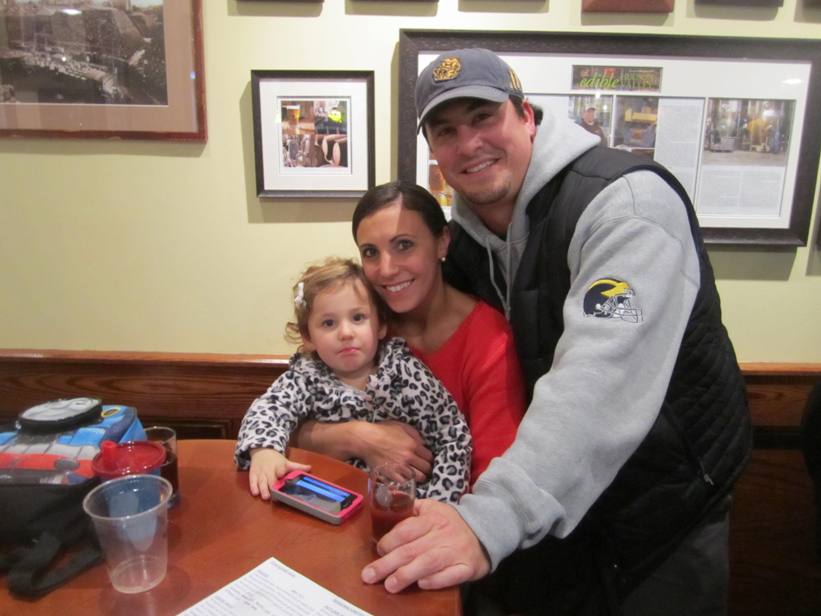 At a time when people’s homes lacked light, when the temperature was creeping toward uncomfortably cold, and food and drink were held hostage inside fridges losing their cool faster than folks in a post-Sandy gas station line, there were worse places—far worse places—to be than Captain Lawrence Brewing in the wake of the storm.

The brewery lost power for a day, but by Wednesday was fully functional again. Alas, a tree had fallen smack through the middle of the bocce court, a crushing blow for the beer-and-bocce crowd in Westchester. But the taps, including recently hatched brews such as the Dr. Brownski and classics such as the Captain’s Reserve Imperial IPA and Pumpkin Ale, were flowing freely—and a lively game of cornhole broke out next to the stricken bocce arena. 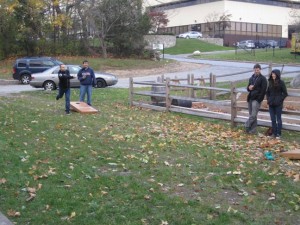 Conversation around the tasting room featured more discussions about who has power than several days at Davos. People compared distressing restoration dates from Con Ed, and commiserated about the frustration of flipping on a useless light switch again, and again, and again. Yet they were relieved to get out of their gloomy homes, and tip a few brews with friends while reflecting on how lucky they were to escape Sandy with their health and their home—especially as the tragic stories from North Salem, Breezy Point and elsewhere around the region surfaced.

Justin Ryder of Brewster said the unplugged version of his life was refreshing—at first. “It was fun for the first 12 hours,” he says. “Then it started to suck.”

Justin avoided his dark home by staying late at work and spending long hours at The Cliffs at Valhalla climbing gym—until staff begged him to leave. When he was home, he sparked up the wood-burning stove, whipped up chili—and lamented his lack of beer. Lessons learned from Sandy? “It’d be nice to have a generator,” he says. “And buy beer beforehand.” 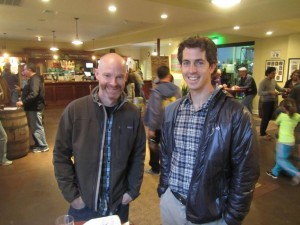 Across the tasting room, Eric and Janessa Wilson of Millwood, easily the fittest couple in the room (he played defensive tackle at U. Michigan, where she was a gymnast), moved in with friends in Ossining so that daughter Kayliana, 2 ½, would have a warm place to sleep. They’re enjoying some of the experimental brews that will vie for Best in Show honors during Captain Lawrence’s Pilot Batch Election Nov. 6, such as the Autumn Ambush (“Awesome,” says Eric) and the Basil Haze Wit (“The aroma on that one is tremendous,” he says).

Happy with their temporary crash pad, Eric, Janessa and Kayliana went down to Village Dog in Tarrytown for some nosh, then decided the remainder of the afternoon was best spent unwinding at the brewery. Growing up, Eric learned three golden rules for hurricane prep: Have enough to drink, a supply of propane, and at least a half tank of gas, to ensure you can get more propane (and, presumably, more to drink). Having lived in Florida, he says, “I never thought the most expensive hurricane in history would happen in the Northeast.”

Elsewhere in the tasting room, Frank Forman of Hastings used the day off to reconnect with childhood friend Peter Neidell of Sleepy Hollow. He didn’t have enough gas to get to work on Long Island, so he instead aimed the car toward the brewery.

Frank is enjoying the classics: Freshchester Pale Ale and the Liquid Gold. Peter is buddying up to the El Scorcho, brewed with mesquite-smoked hot peppers. “It’s not that hot,” he says. “I can taste the spiciness, but it’s really mild.”

The prospect of gas station scrums, continued darkness and storm cleanup may be daunting, but Peter and Frank share the same perspective as most in the tasting room: Things could have been much, much worse, and warm thoughts to those who continue to suffer.

“We’re fine,” says Frank. “The generator is on order…It’s something to look forward to.”