People are reading
You are at:Home»Columns»Spices and Seasons – Soy Sauce and Chili Chicken 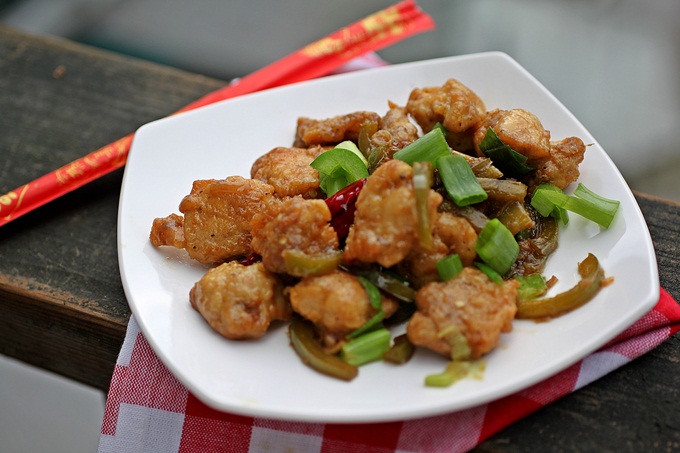 What a crazy week this was! The weather was anything, but, seasonal! We went through a hurricane, not something I would ever expect in Fall, certainly not in our neck of the woods. I am still in a house without power, spending the day at a friend’s house to get close to civilization, wondering how to get gas in my car tomorrow.

So, in thinking and celebration of this, I would like to talk about soy sauce and a recipe, that is comfort food and in some ways timeless and good for wall seasons in a lot of houses, while I am at it maybe I should tell you about Indo-Chinese food.

Soy Sauce is originally a chinese condiment, that began as a mixture of fermented soy beans, brine and roasted grain. It is used as a seasoning and salt substitute. It is use in a lot of other cuisines, I often tend to use it as a seasoning when I want to add a salty taste to food with some depth.

Now, Indo-Chinese cuisine is a breed of food, that has evolved originally from the chinese community who came to India, as traders. They came to the eastern port city of Kolkata and still live in one of the oldest Chinatown communities in India. As they fused their culinary styles with Indian spices, their unique brand of cuisine evolved. Over time, Indian chinese food is much loved and has become extremely popular across India and one of the most popular examples of this cuisine is something called Chili Chicken, and this recipe is one of my versions for this dish.

For the chicken and marinade 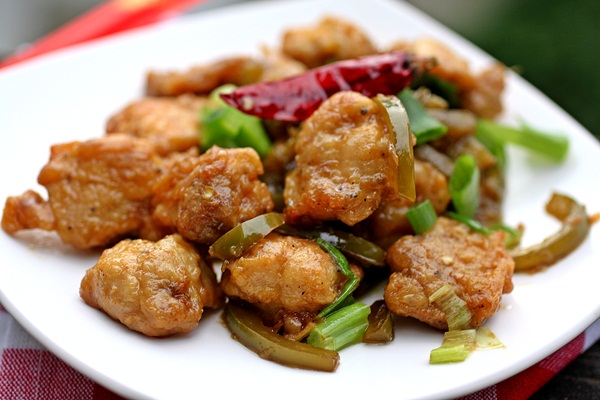 For the tossing sauce

1. Mix together the ginger-garlic paste, red cayenne powder, egg, cornstarch, and the salt and toss the chicken in this mixture and set aside for 30 minutes.

2. Heat the oil in a large flat skillet and add the chicken in a single layer and cook for about 4 minutes on each side, until the pieces are browned and almost cooked.

3. Remove with a slotted spoon and drain on paper towels.

4. Heat the two tablespoons of oil in a wok and add the garlic and cook lightly.

6. In a mixing bowl, mix the soy sauce, vinegar, wine and sugar and mix well and add to a chicken and let the mixture simmer.

7. Add in the green chilies, bell peppers and the dried red chilies and stir well. Cook for a couple of minutes until the soy sauce is absorbed.

8. Stir in the scallions. 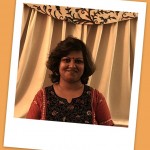