This is Margaret Rizzuto blogging for the first  Hudson Valley Fall Restaurant Week.

The Chophouse Grille, which opened just a few months ago is the new kid on the block here in Mahopac, and the reception has been quite welcoming.  I tried going for dinner last Thursday night with a friend but we didn’t make reservations (hint, hint – make reservations) and the wait was over an hour, a little too long for someone who didn’t have lunch that day.  The wait however, definitely says something about its popularity.  The restaurant decor is clean and crisp with dark wood french doors and walls that are dark wood on the bottom with a great red paint on the top half.  Art pieces and black & white photographs adorn the walls including a great Marilyn Monroe piece in the bar area.  The bar seems to be pretty popular and for us sports fans, its worth noting the TVs at the bar. 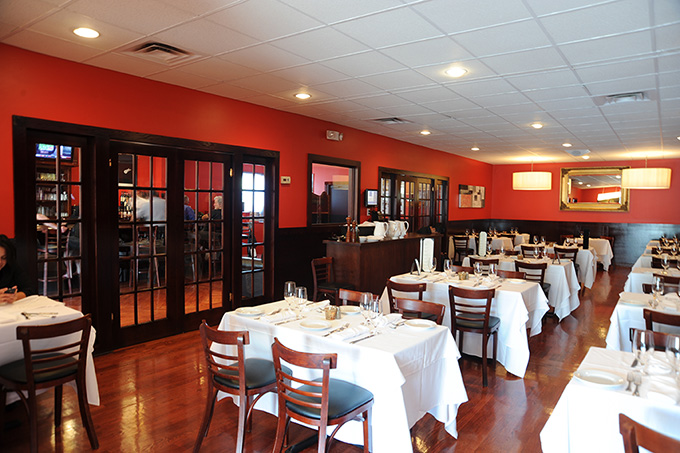 Since dinner didn’t work out I  decided to try for lunch, so my husband and I went over for a leisurely Sunday afternoon meal.  We went on the early side and were the first ones there, which is always kind of nice — having a restaurant to oneself.  Though I must say, that lasted about 20 minutes before the place was almost full.  The Restaurant Week menu had a nice offering of tuna tartar, PEI mussels, cavatelli, salmon and filet mignon just to name a few of the items. 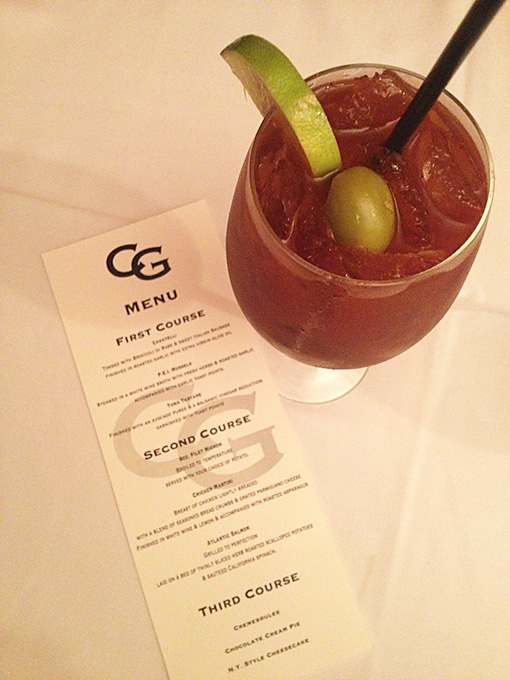 Evan went with the restaurant week menu and I decided to order off the regular menu because I was really interested in a full bowl of the cavatelli rather than the appetizer portion on the restaurant week menu.  A glass of wine was complimentary but I was feeling a little feisty and decided on an extra spicy Bloody Mary — and ooh la la was that nice!  It was served with an olive as garnish rather than the traditional celery but the taste was great!

We started our meal with Julienned Fried Zucchini which was served with a very tasty home-made marinara sauce.  I did enjoy the zucchini in fact, I really love zucchini prepared this way (though my personal preference is for a little more crispy zucchini) but the sauce was so good that I almost didn’t mind the lack of crisp.  The Campagnola Salad was of a blend of finely chopped greens tossed in a home-made balsamic vinegar topped with diced mozzarella, which I really enjoyed, it was a nice light start to the meal.  Evan started with the tuna tartar which was freshly filleted and quite good, the avocado topping added not only a creamy texture but a nice subtle taste.  You’ll notice I use the word “home-made” often throughout this review and it seems in fact, that The Chophouse does make quite a lot of its food from scratch including a very interesting homemade steak sauce that’s served along with the bread and butter.  Apparently, the sauce has become so popular that people put it on just about everything, including their bread, potatoes and how novel — even their steak. 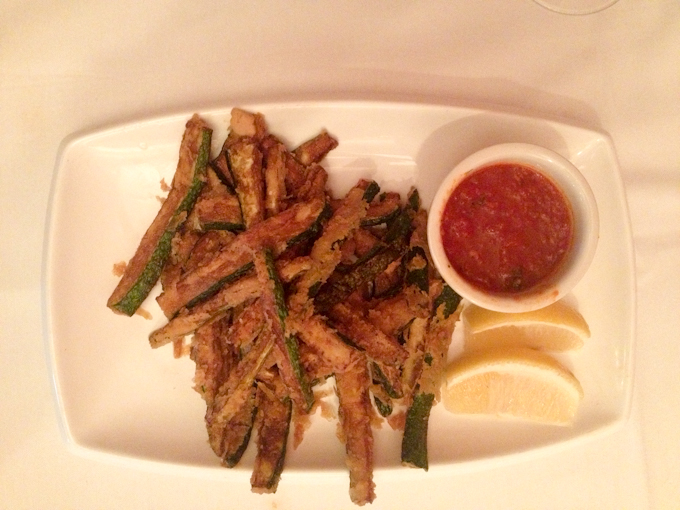 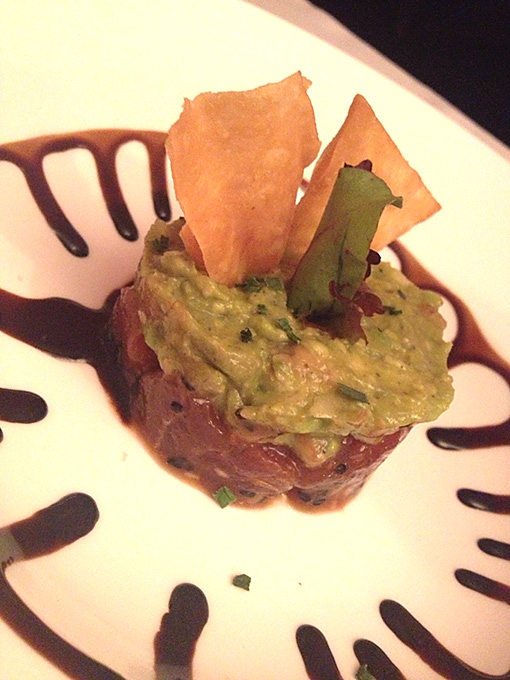 More after the jump.

For our main course, Evan had the Atlantic Salmon which he said was fresh and perfectly cooked — moist on the inside and a little crusted on the outside.  I went with the home-made Cavatelli with broccoli di rabe — though I had mine sans the sweet Italian sausage.  The roasted  garlic added such a nice depth of flavor to the dish and the cavatelli was perfect!  I really enjoyed it though I was forced to take some home because afterall,  I did have to save a little room for dessert. 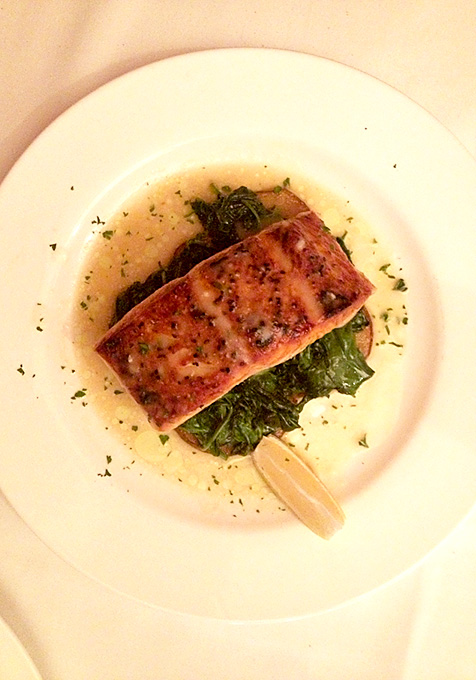 And now for some sweet endings . . . Creme brulee  and Chocolate Cream Pie — yum!  The creme brulee had a good hard caramelized sugar crust as it should with a creamy custard filling.  The Chocolate Cream Pie was scrumptious — not too rich, not too sweet and with a really good crust.  As far as I’m concerned, The Chophouse will not be on the chopping block! 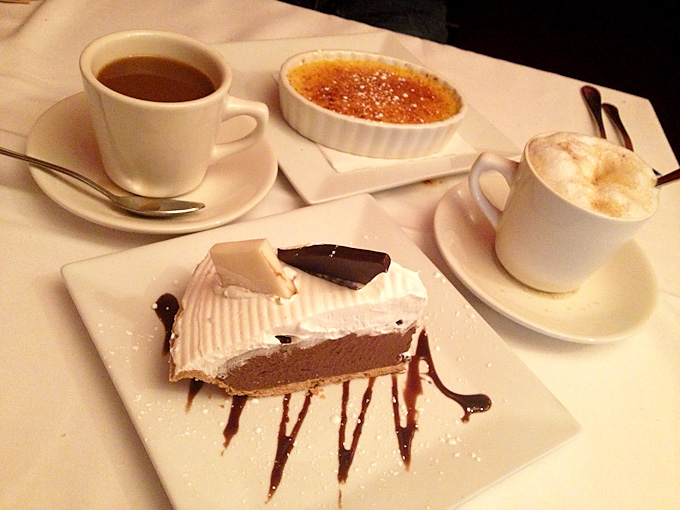 The 411 on Chophouse Grille is coming. Til then: thechophousegrille.com.