Usually, you’d have to read (or let’s be real, “skim”) the entire review to see if a restaurant is recommended. Unconventionally, I’m going to save you the trouble by just stating now: GO!!!

Open since 2010, Eric Gabrynowicz has been undoubtedly the “chef” to watch…and for right reason. His farm-to-table concept, supporting local Hudson Valley establishments, is well-executed. The staff is beyond cool, the place is modern, the crowd is money, the mood is swinging, the music is groovy, and Eric is just bad-ass! 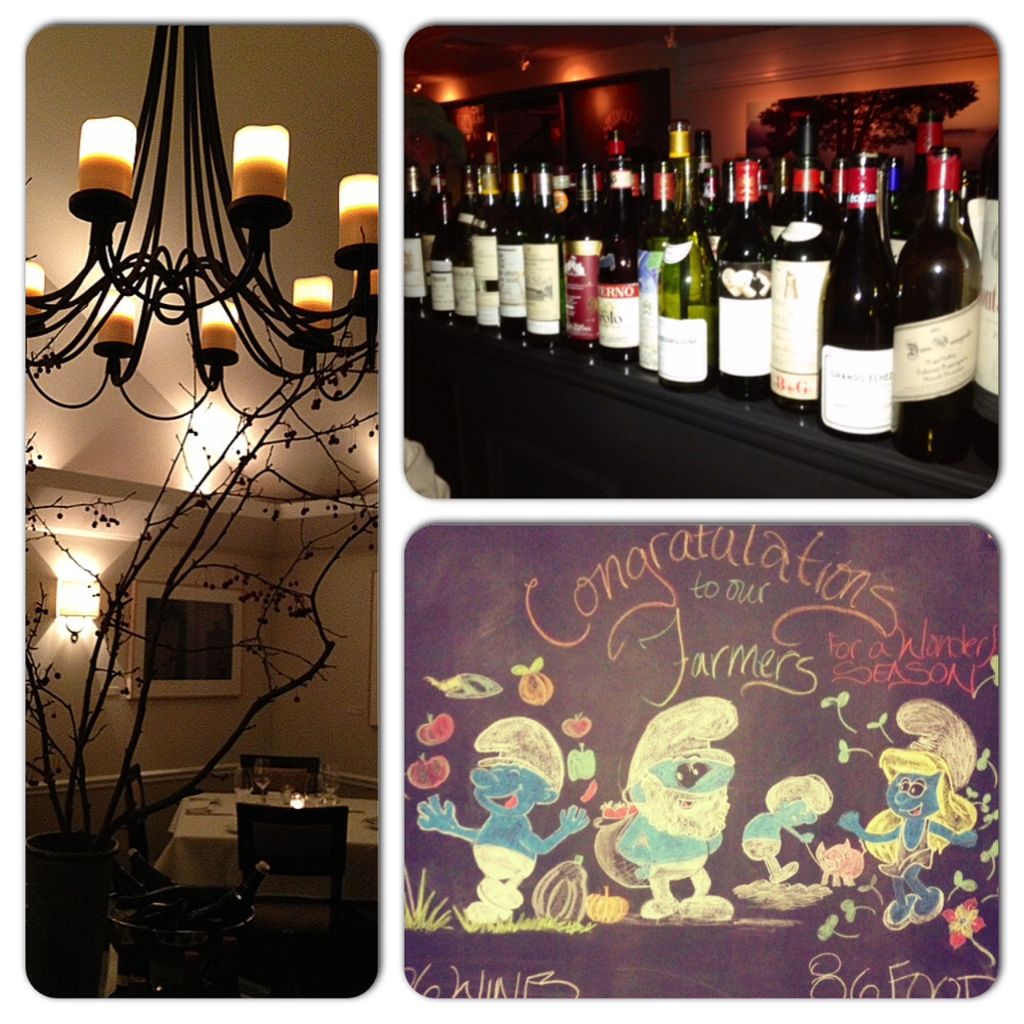 On Friday, November 16th, the HVRW Dinner menu offered five appetizers, four entrees, and three desserts. The menu is subject to change due to what’s available daily/weekly/seasonally. Instead of the usual bread basket on the table, a waiter walks around with a bread all night, offering us Caramalized Onion Foccaccia and Flax Seed & Poppy Seed Bread this evening, served with Pear Rosemary Butter – amazing!

Since it seems every word possible has already been used to describe Restaurant North in all prior reviews, I’m going to let the pictures tell the story. My friend Alberto Araya and I (Antonella Pomilla) dined on the following: 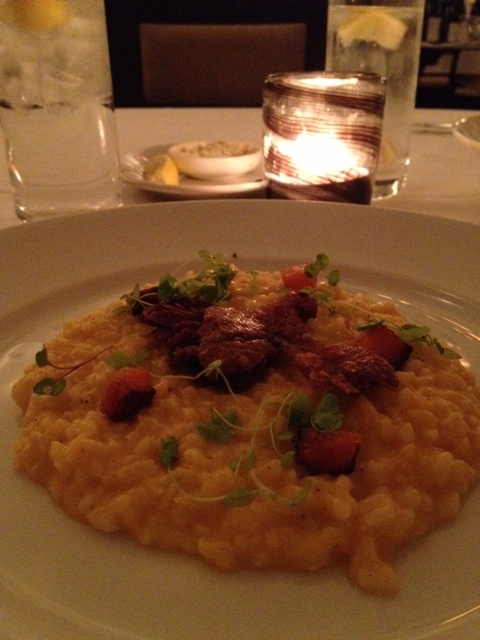 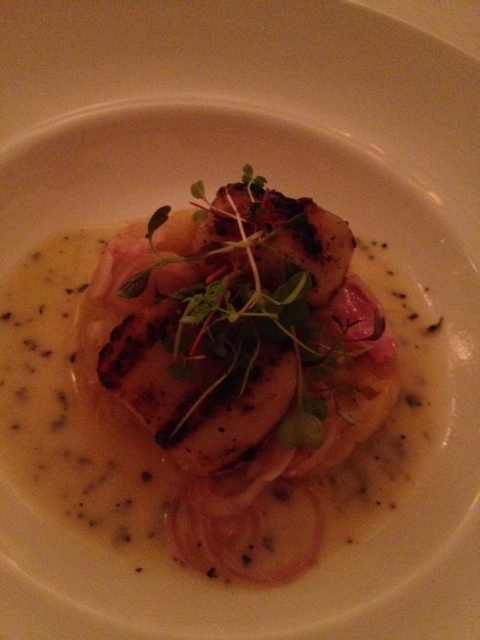 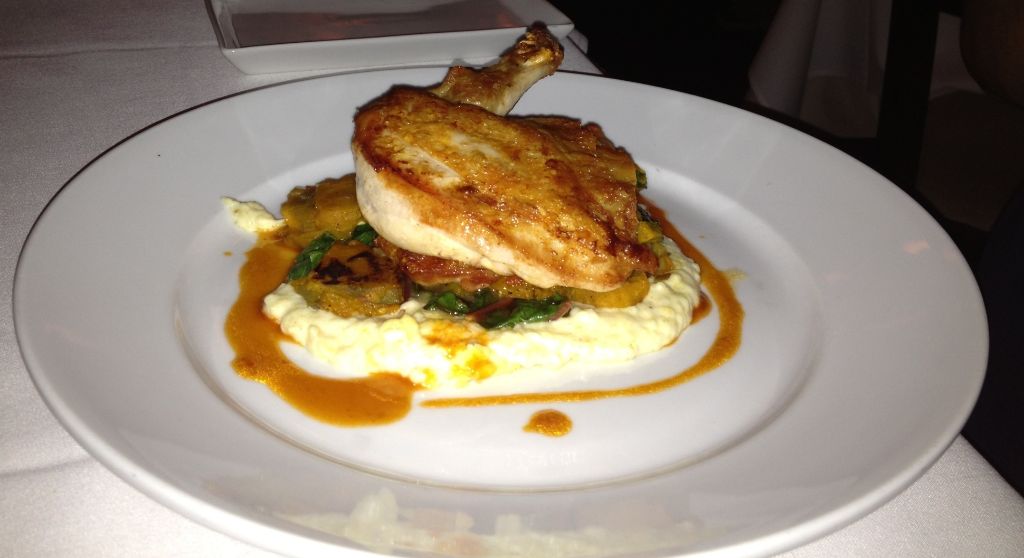 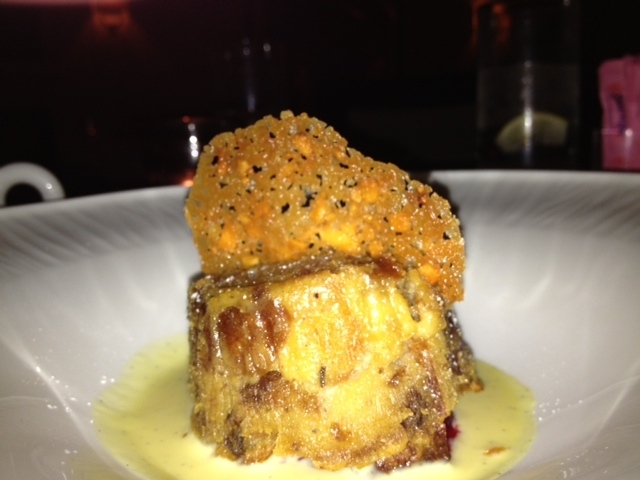 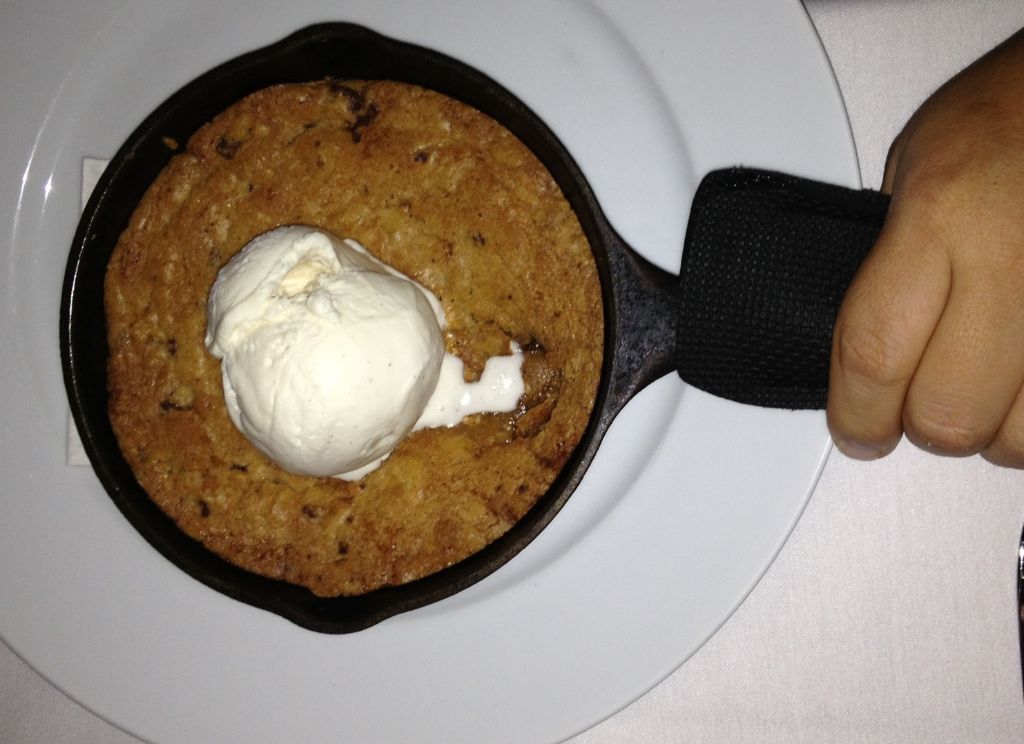 Do you SEE my point of how indescribable this task is? However, catering to my objective of being a food critic, here are my 5 adjectives to describe the food overall: (1) Complex (2) Progressive (3) Engaging (4) Fresh (5) Perfection.

No ONE dish was the star, because EVERY dish was a star. I asked to personally meet the chef, and within seconds, he obliged. I apologize for my “starry-eyed” look in the photograph, but we could not give him enough accolades. 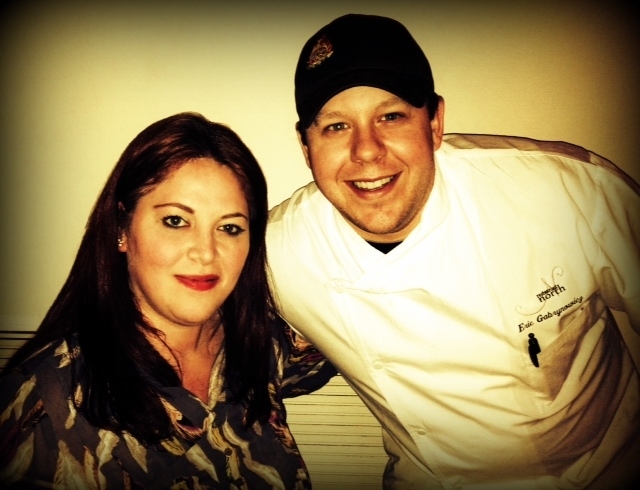 At the end of the night, they send you home with complimentary Muffins – this evening, it was Apple Crumb. The bill is delivered in a Classic American Novel (a neat concept I’ve seen used once before). Reason being, the restaurant sees itself as serving Classic American cuisine. There’s nothing ‘classic” about this place, but rather “classy”. Only when I got home did I realize we were not charged for our cappuccinos. 5-stars all the way! 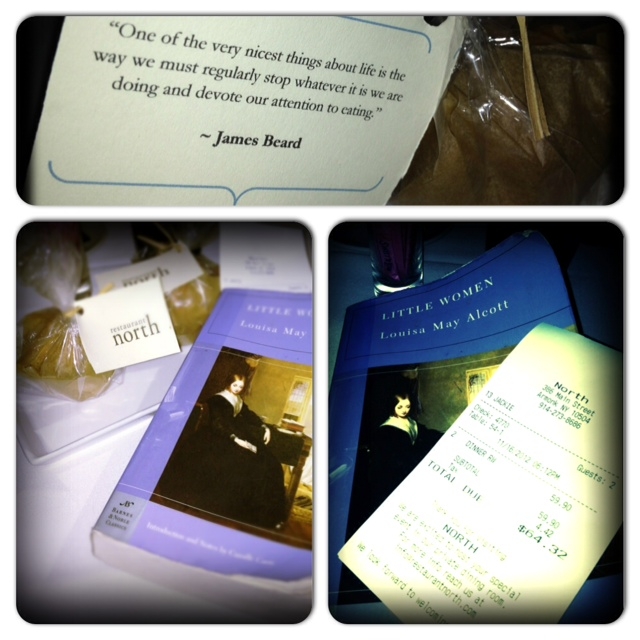 One final note, they are running out of the novels…so a “friendly” word to customers – please stop stuffing them in your pocketbooks and just use the public library.

The 411 on Restaurant North.